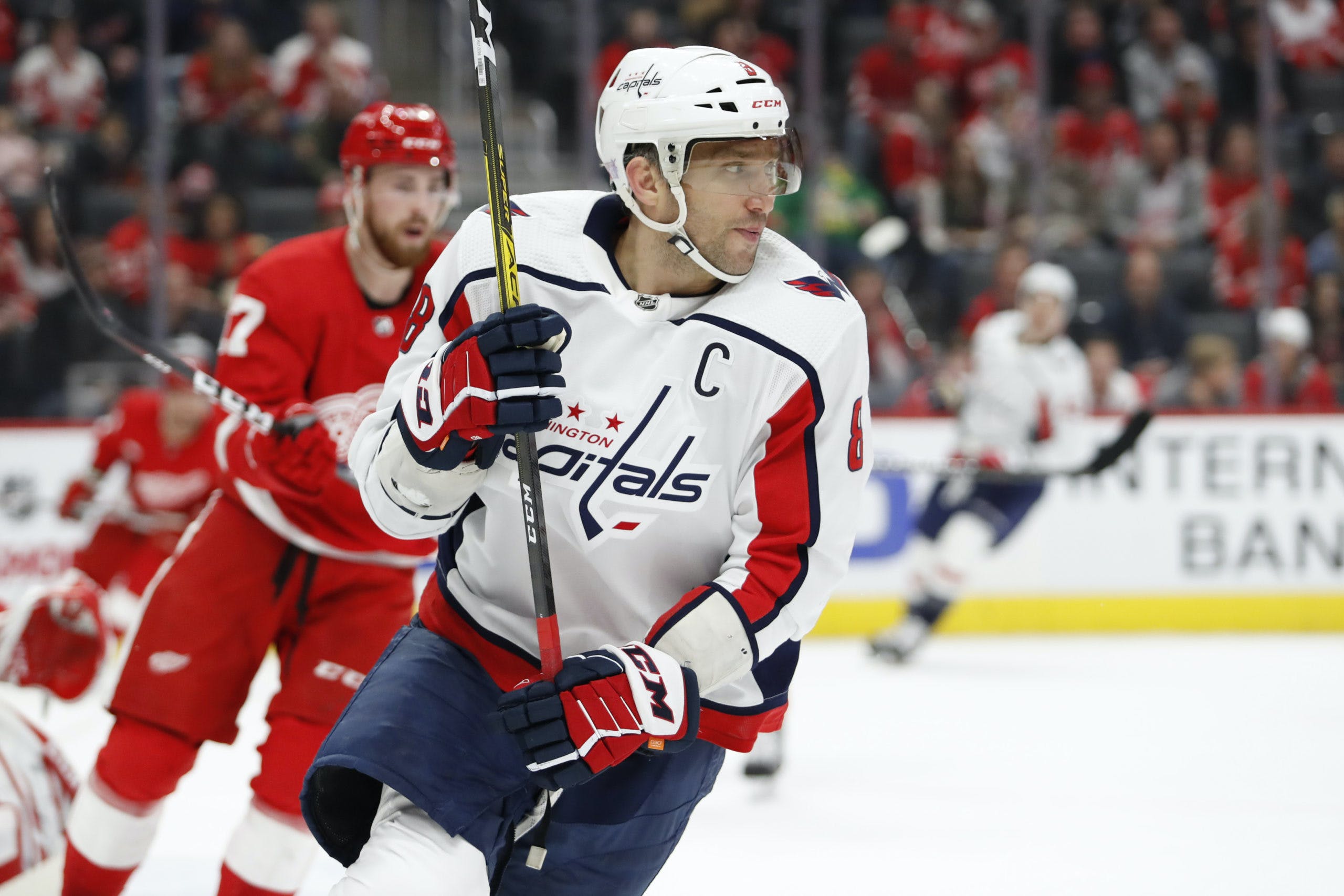 Photo credit: Raj Mehta-USA TODAY Sports
By Mike Gould
1 year ago
Comments
@Alex Ovechkin will look to continue his trek up the National Hockey League’s all-time goal-scoring leaderboard on Thursday when his Washington Capitals take on the Detroit Red Wings at Little Caesars Arena.
Ovechkin, 36, currently sits tied with retired Red Wings legend Brett Hull with 741 NHL goals, the fourth-most ever scored in the league. He’ll be able to pass Hull — and move one step closer to Jaromir Jagr, who ranks third all-time with 766 goals — if he scores against the Red Wings.
The Capitals are currently without the services of T.J. Oshie, @Anthony Mantha, @Nic Dowd, and @Nicklas Backstrom. Goaltender @Vitek Vanecek is questionable to dress for Thursday’s game; Washington recalled @Zach Fucale from the AHL’s Hershey Bears on Wednesday as a safety net.
Detroit recorded a 4-2 win over the Edmonton Oilers on Tuesday. @Vladislav Namestnikov led the way with two goals in that game, with the Red Wings’ defense admirably shutting down Oilers stars @Connor McDavid and @Leon Draisaitl in the process. How about the league’s top goal-scorer for their next assignment?
Advertisement
Ad
Advertisement
Ad

Detroit: While @Michael Rasmussen may never live up to his billing as a ninth-overall draft selection, he still clearly has plenty to offer. The 6’6″ center picked up a pair of helpers in Detroit’s 4-2 win over the Oilers on Tuesday, bringing his total on the season to six. Only @Moritz Seider and @Lucas Raymond have more assists to start 2021–22. Despite this, Rasmussen is still searching for his first goal of the year — will Thursday be his night?
Advertisement
Ad
Advertisement
Ad
Washington: @Alex Ovechkin has earned plenty of praise for his legendary goal-scoring ability, but don’t forget about @Evgeny Kuznetsov. The 29-year-old center had a bit of a tough go in 2020–21, scoring just nine goals and 29 points in 41 games, but is back on his usual pace this season with five goals and 16 points in 12 contests. With @Nicklas Backstrom out of the lineup, the Capitals really needed Kuznetsov to step up as he has. He’s been extremely dangerous.

Friday’s Red Wings game will be broadcast on Bally Sports Detroit starting at 7:30 p.m. ET. It’ll be sent over the airwaves on WXVT-FM 97.1 “The Ticket” in the Detroit area, as well as on the Red Wings’ official website.