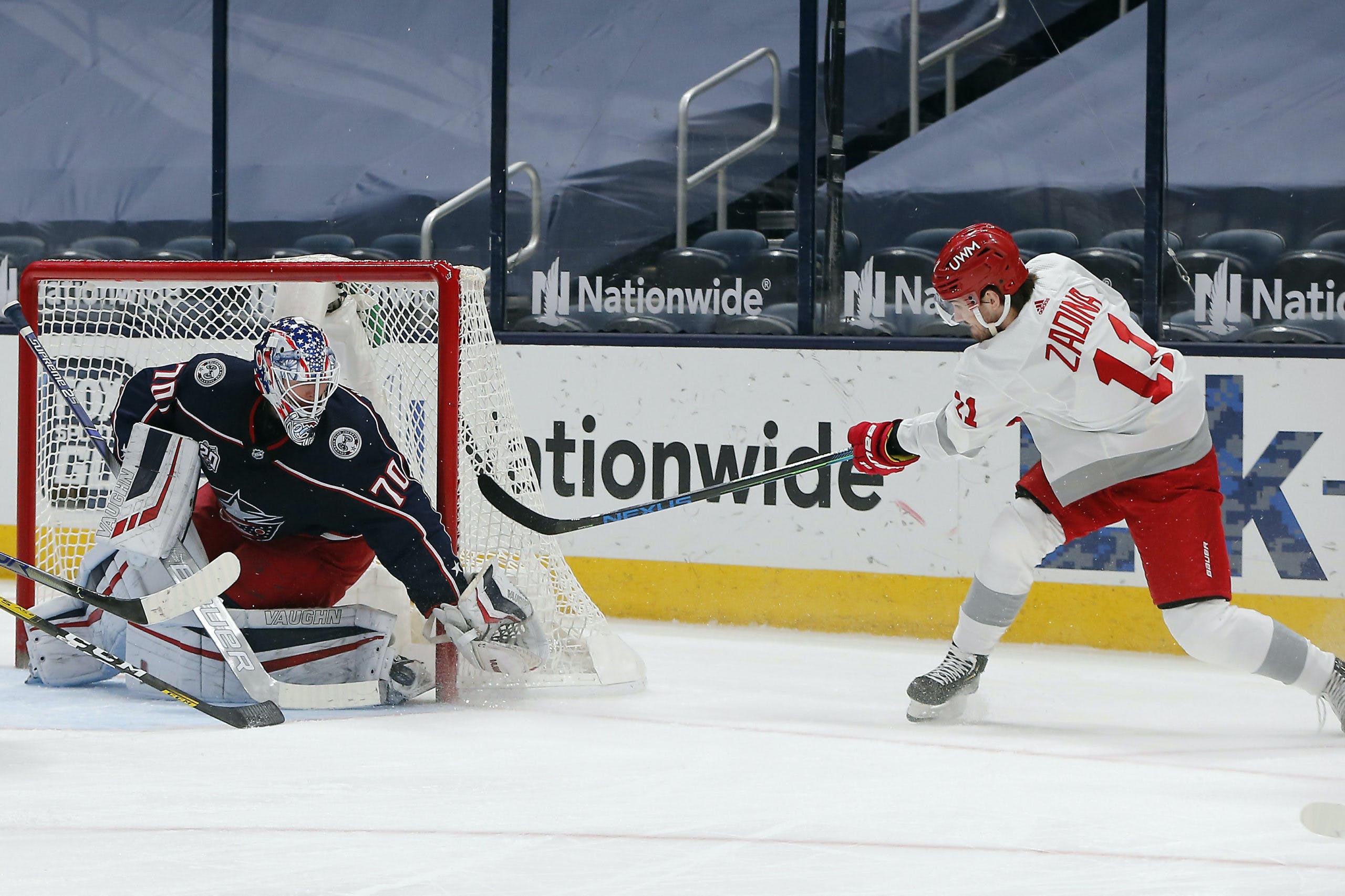 Photo credit: Russell LaBounty-USA TODAY Sports
By Mike Gould
1 year ago
Comments
Detroit Red Wings captain @Dylan Larkin will be in the lineup Tuesday when the Wings host the undefeated Columbus Blue Jackets at Little Caesars Arena.
Last week, the NHL suspended Larkin for one game for roughing @Mathieu Joseph in the second period of the Red Wings’ game against the Tampa Bay Lightning on Oct. 14. Larkin served his suspension during the Wings’ 3-1 win over the Vancouver Canucks on Oct. 16.
Columbus is 2-0-0 after beating the Arizona Coyotes and the Seattle Kraken in its first two games of the season. To their credit, the Red Wings also have yet to lose in regulation but fell 7-6 in overtime to the Lightning.
Puck-drop between the Blue Jackets and Red Wings is scheduled for 7:30 p.m. ET. Here’s everything you need to know in advance.
Advertisement
Ad
Advertisement
Ad

Detroit: As mentioned Monday in our weekly “stock report” article, @Pius Suter is off to a rough start with the Red Wings. He’s been held pointless through two games and hasn’t exactly been pushing play at either end of the ice. Suter, 25, was a key contributor as a rookie in Chicago last season and there’s little reason to expect anything different from him in Detroit … but his best self has yet to arrive.
Advertisement
Ad
Advertisement
Ad
Columbus: With the high-flying @Max Domi out of the lineup, @Yegor Chinakhov will be expected to play a big role for the Blue Jackets in his NHL debut. The 20-year-old winger scored a goal in his first American Hockey League game with the Cleveland Monsters — can he do the same with Columbus? It’s likely he’ll start on a unit with fellow rookie @Cole Sillinger.

Wings fans will be able to watch this game on Bally Sports Detroit; for the Jackets faithful reading this, the game will be broadcast on Bally Sports Ohio. It’ll be sent over the airwaves on WXVT-FM 97.1 “The Ticket” in the Detroit area, as well as on the Red Wings’ official website.

After signing up for a free account, we’re going to give you a bunch of boxes with player names and you’re going to pick a name from each box until you’ve put together a super crew that you think can contend for a NationDrafts championship. Seems easy, right? It is easy and that’s not just because you’re wicked smaht. Sign up for FREE right here.
Advertisement
Ad
Advertisement
Ad