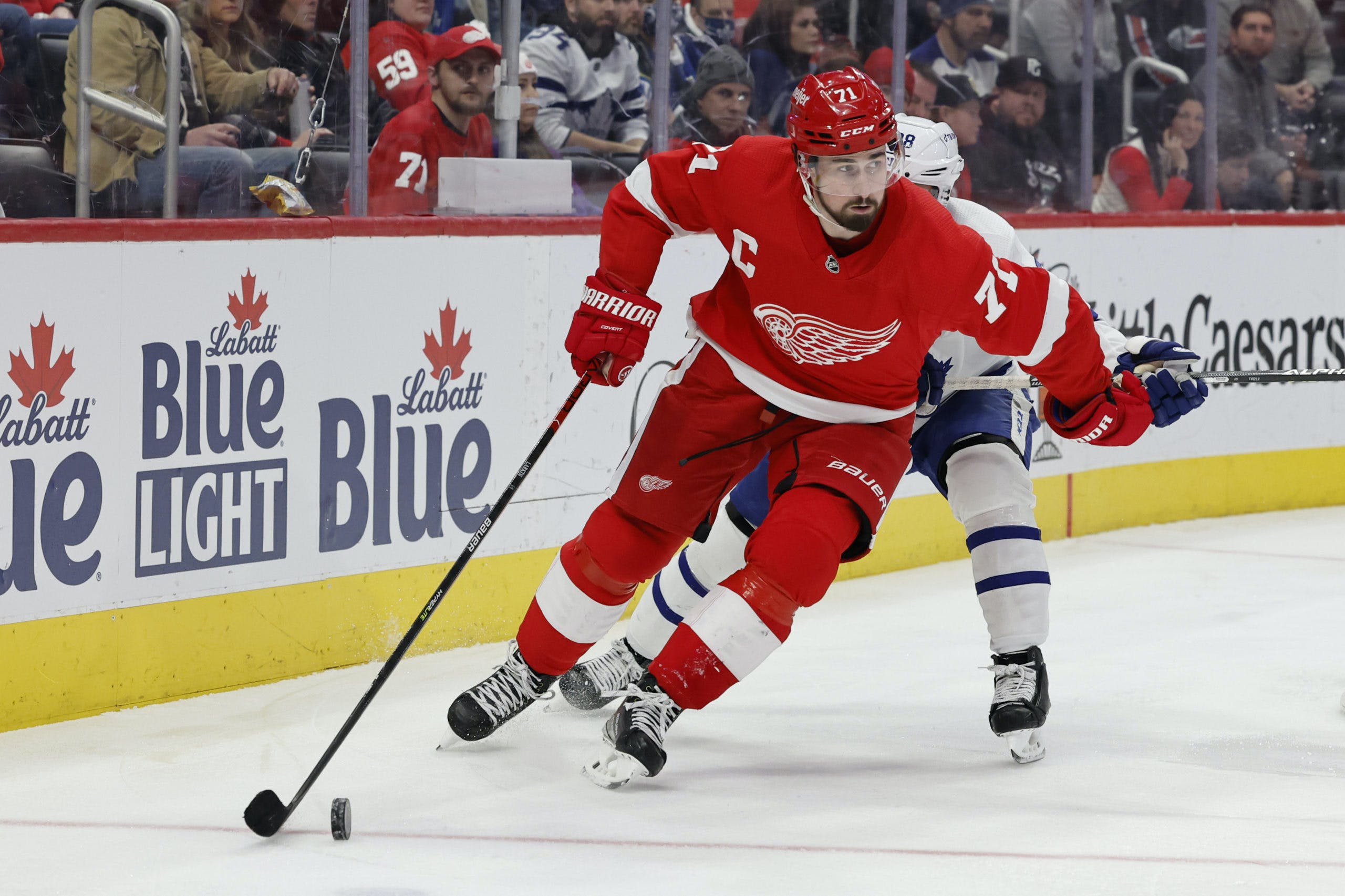 Photo credit: Rick Osentoski-USA TODAY Sports
By Mike Gould
9 months ago
Comments
Despite leading all Detroit Red Wings centers with 19:54 of total ice time during Wednesday’s 5–2 loss to the Colorado Avalanche, @Dylan Larkin is questionable to play in Detroit’s game against the Toronto Maple Leafs on Saturday.
The 25-year-old forward missed Thursday’s practice, with head coach Jeff Blashill describing it as a “maintenance day” for the captain. Larkin leads the Red Wings with 26 goals and 54 points in 47 games this season.

Larkin previously suffered an injury during the Red Wings’ skate on Tuesday, although it didn’t prevent him from playing against the Avalanche. He recorded assists on both Detroit goals in the game.
“I can’t sit here today and say for sure he’s playing Saturday, I don’t know that,” Blashill told reporters on Thursday. “We felt it was best to keep him off today.”
Advertisement
Ad
Advertisement
Ad
Without Larkin, the Red Wings went with the following lines and pairings in Thursday’s practice:
@Filip Zadina – @Joe Veleno – @Lucas Raymond
@Robby Fabbri – @Pius Suter – @Tyler Bertuzzi
@Vladislav Namestnikov – @Michael Rasmussen – @Givani Smith
@Adam Erne – @Carter Rowney – @Sam Gagner
@Nick Leddy – @Moritz Seider
@Marc Staal – @Filip Hronek
Danny DeKeyser – @Gustav Lindstrom
@Jordan Oesterle – @Troy Stecher
Even with the knowledge that Veleno is a placeholder on that top line, it’s interesting to see a unit made up of each of the last three forwards the Red Wings selected in the first round.
The Red Wings will return to action on Saturday evening when they welcome @Auston Matthews and the Toronto Maple Leafs to Little Caesars Arena.