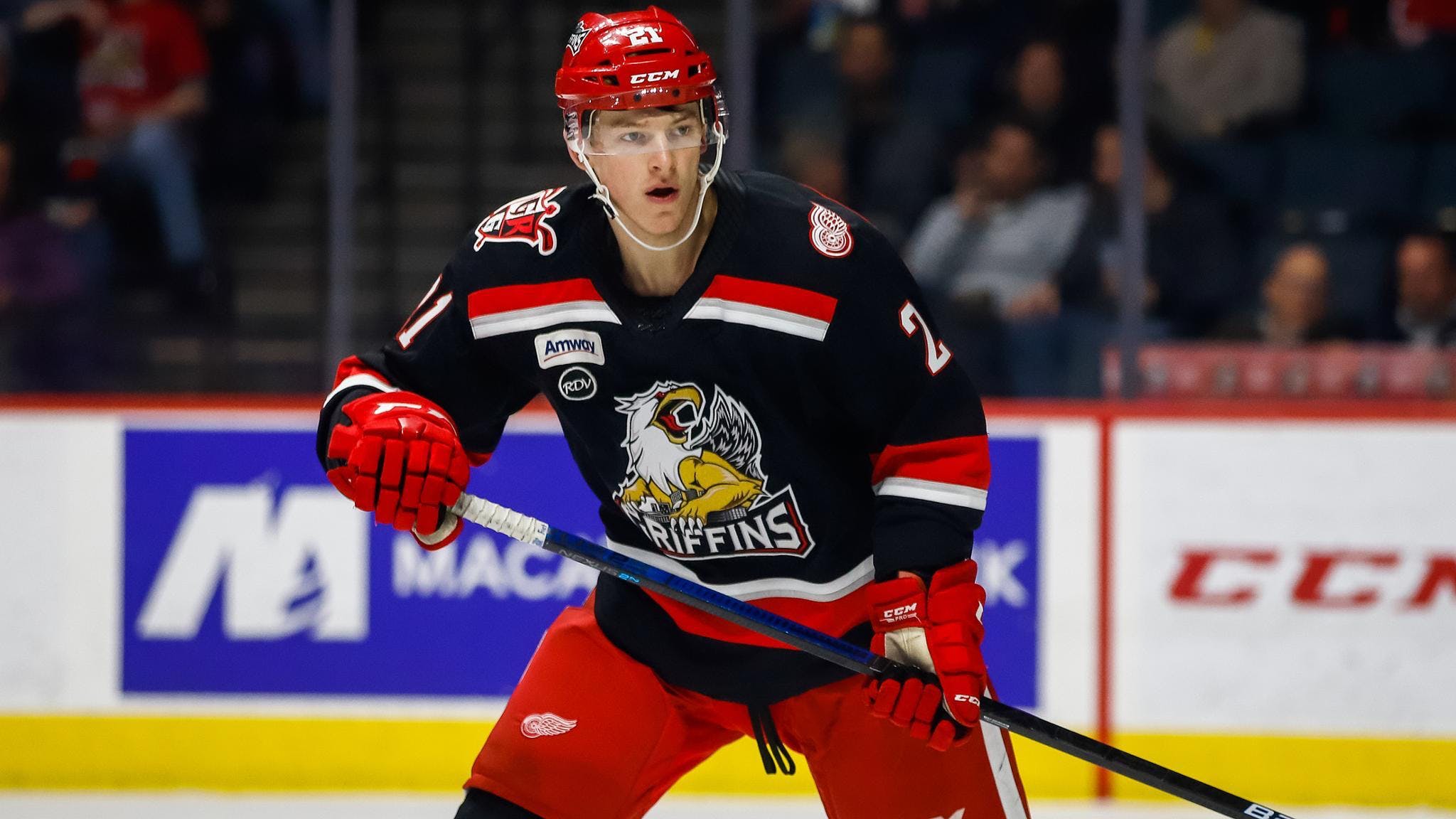 Photo credit: Detroit Red Wings on Twitter
By Mike Gould
8 months ago
Comments
When the Detroit Red Wings take on the New York Islanders on Thursday night, they’ll have a new face in their lineup.
The Red Wings recalled forward prospect @Chase Pearson from the AHL’s Grand Rapids Griffins on Thursday morning. Later in the day, the Wings announced that Pearson would draw into the lineup with @Filip Zadina (illness) and @Givani Smith (injury) drawing out.

Coach Blashill says Filip Zadina (sick) and Givani Smith (hurt) both out tonight against the Islanders. Chase Pearson will make his NHL debut.