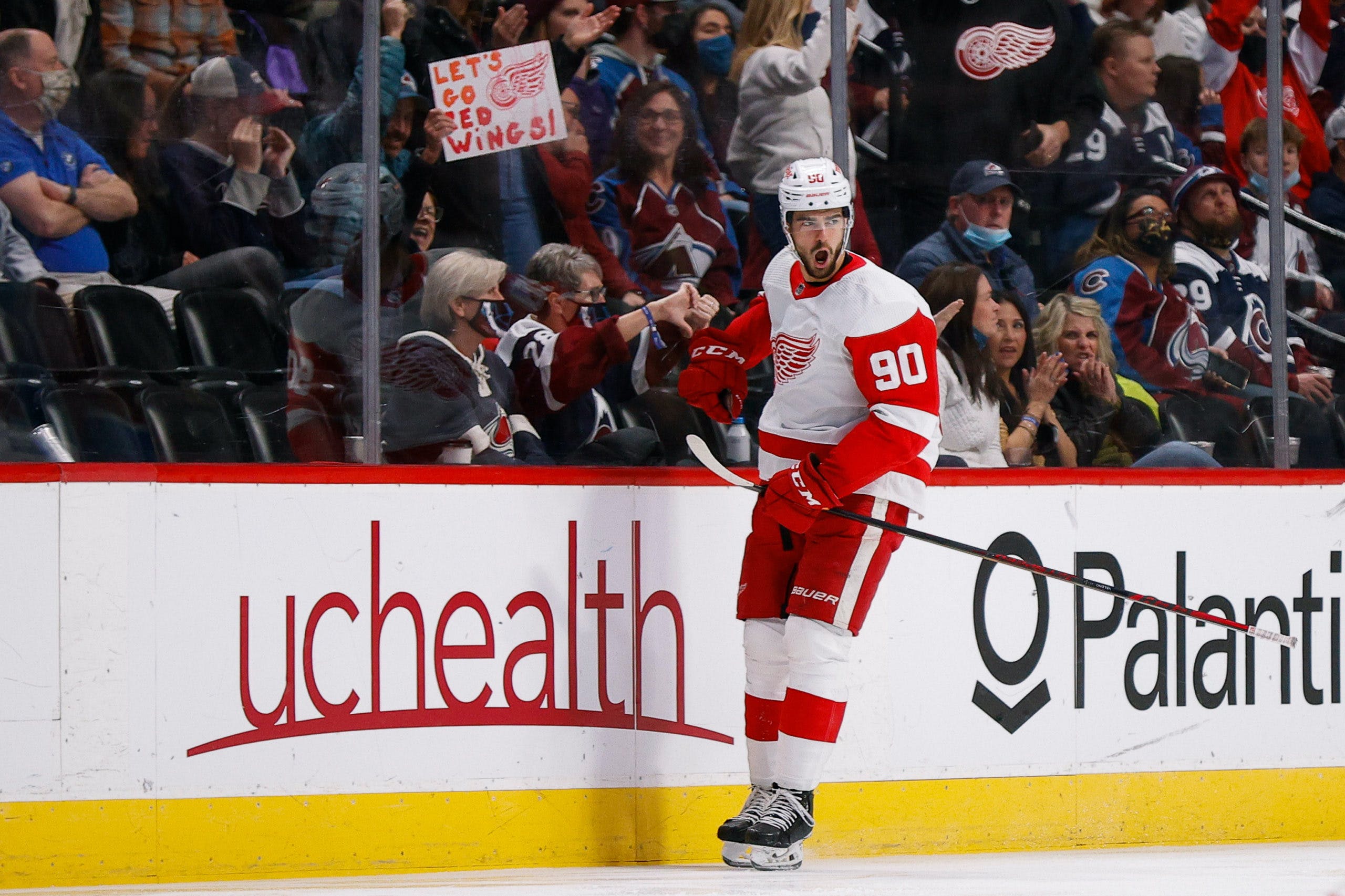 By Mike Gould
9 months ago
As expected, @Joe Veleno has returned to the Detroit Red Wings after a brief spell in the AHL.
The Red Wings sent the 22-year-old forward to the Grand Rapids Griffins of the American Hockey League back on Feb. 3 in a bid to get him some additional playing time during the NHL All-Star break.
Veleno ended up scoring four points in two games during his brief stint with the Griffins and was named the first star after registering a goal and two assists in Grand Rapids’ 5–3 win over the Ontario Reign on Feb. 5.
With the Red Wings set to return to action on Feb. 9, they recalled Veleno from the AHL on Tuesday morning.
Veleno has four goals and six points in 31 games with the Red Wings this season. Detroit originally selected him with the 30th-overall pick in the 2018 NHL Draft.
The Red Wings’ next game is scheduled for 7:00 p.m. ET on Wednesday in Philadelphia.