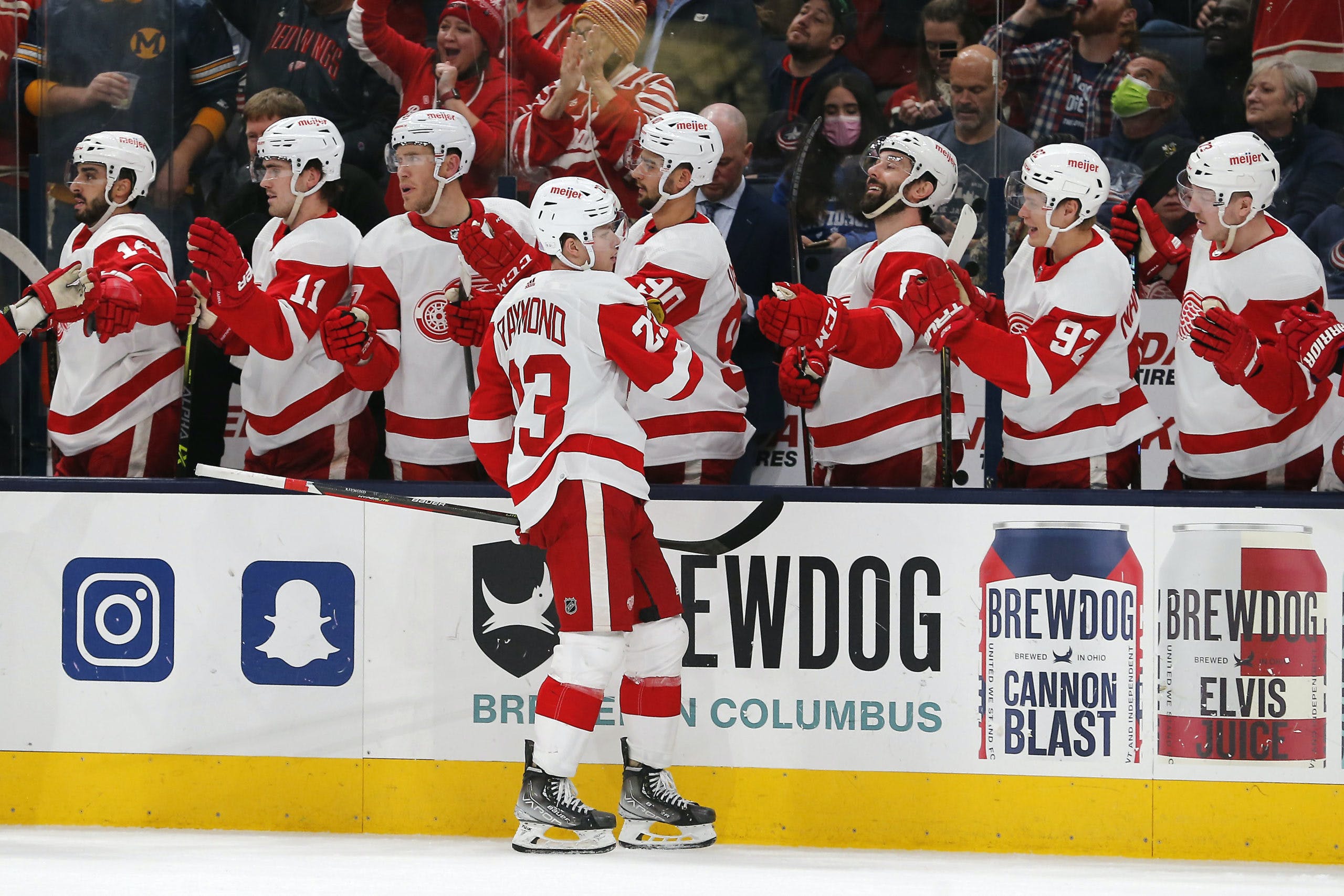 By Mike Gould
1 year ago
Detroit Red Wings rookie @Lucas Raymond just keeps getting better and better.
The 19-year-old winger scored his ninth goal and team-leading 21st point of the season in overtime against the Buffalo Sabres on Saturday, wheeling with the puck all the way from his own zone into Buffalo’s end before firing a wrister past Sabres goaltender @Dustin Tokarski.
@Dylan Larkin and @Filip Hronek picked up the helpers on Raymond’s first career game-winning goal, which came just 26 seconds into overtime to seal a 3–2 Red Wings victory.
Here’s the video of the goal, as posted to Twitter by the official National Hockey League account:
@Carter Rowney and @Pius Suter also scored for Detroit, which improved to 10–9–3 with the victory. @Dylan Cozens and @Jeff Skinner tallied for the 8–10–3 Sabres.
Detroit outshot Buffalo 41–28 in Saturday’s game. The Red Wings will look to build on their current two-game winning streak when they take on the Boston Bruins at TD Garden on Nov. 30.
Uncategorized
Recent articles from Mike Gould