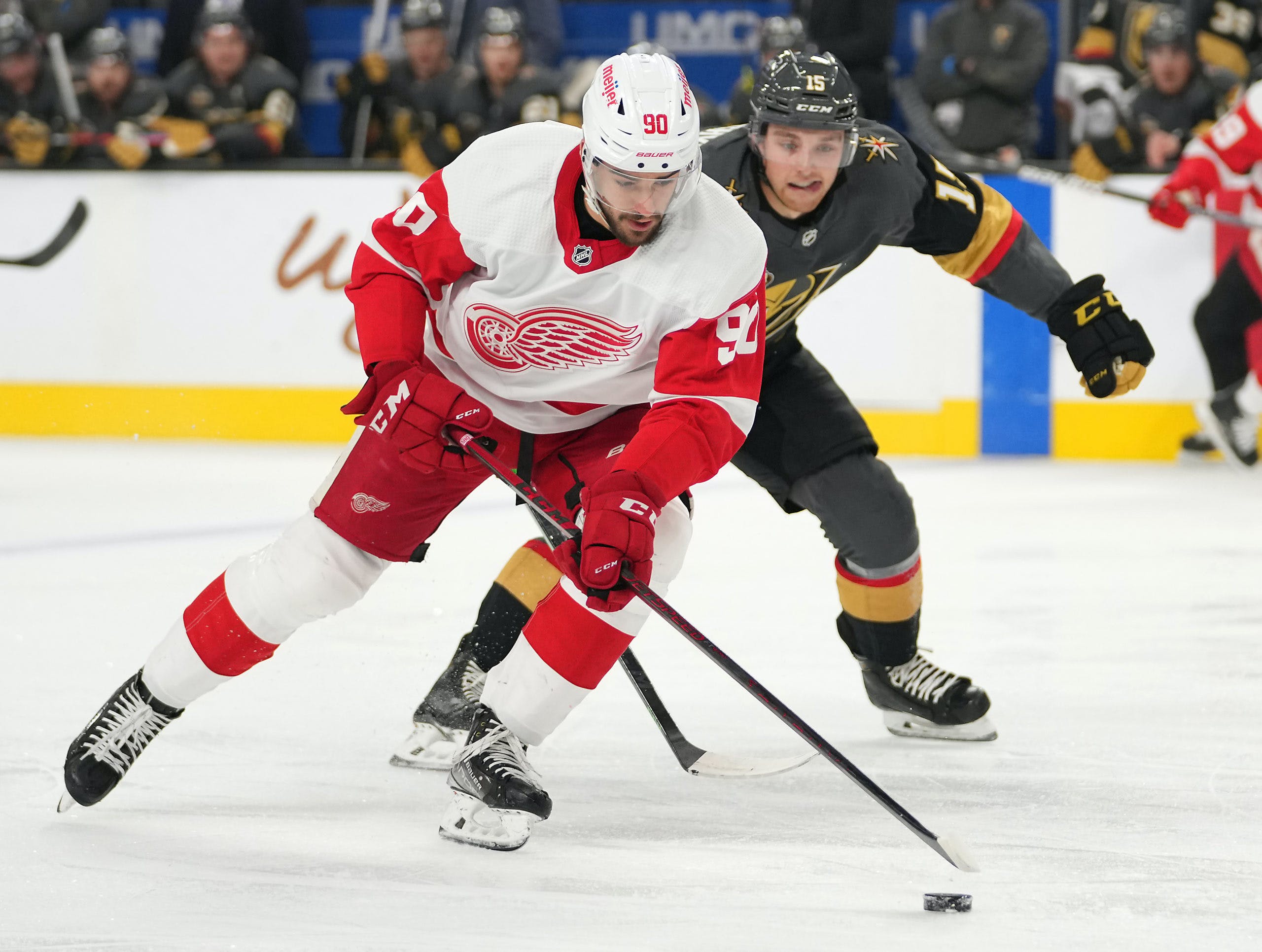 By Mike Gould
1 year ago
@Joe Veleno and @Givani Smith scored for the Detroit Red Wings in their 5-2 loss to the Vegas Golden Knights on Thursday night.
Veleno’s goal came in the dying minutes of the third period with the Red Wings already trailing by four goals. He picked the puck up at the right circle after a carom off the boards and pulled it around Knights goaltender @Robin Lehner before depositing it into the net.
@Sam Gagner picked up the lone helper on Veleno’s second goal of the season, which came at the 18:34 mark of the third period. Here’s the video of the play, via Bally Sports Detroit on Twitter:
@Dylan Larkin and @Robby Fabbri assisted on Smith’s first goal of the season, which cut the Vegas lead to 2-1 10:19 into the second period. @Zach Whitecloud scored two goals (including the winner) for Vegas, which also received goals from @Nicolas Hague, @Paul Cotter, and @Reilly Smith.
Wings starting goaltender @Thomas Greiss allowed four goals on 22 shots before being replaced by @Alex Nedeljkovic after the second period.
The most consequential part of Thursday’s game for Detroit came in the final half of the third period, when rookie defenceman @Moritz Seider blocked a shot by @Paul Cotter and immediately crumpled to the ice. Seider was barely able to get off the ice under his own power.
Red Wings coach Jeff Blashill offered no update on Seider’s status after the game.
Detroit, now 8-9-2, will return to action on Nov. 20 for a date with the 2-13-2 Arizona Coyotes at 8:00 p.m. ET.