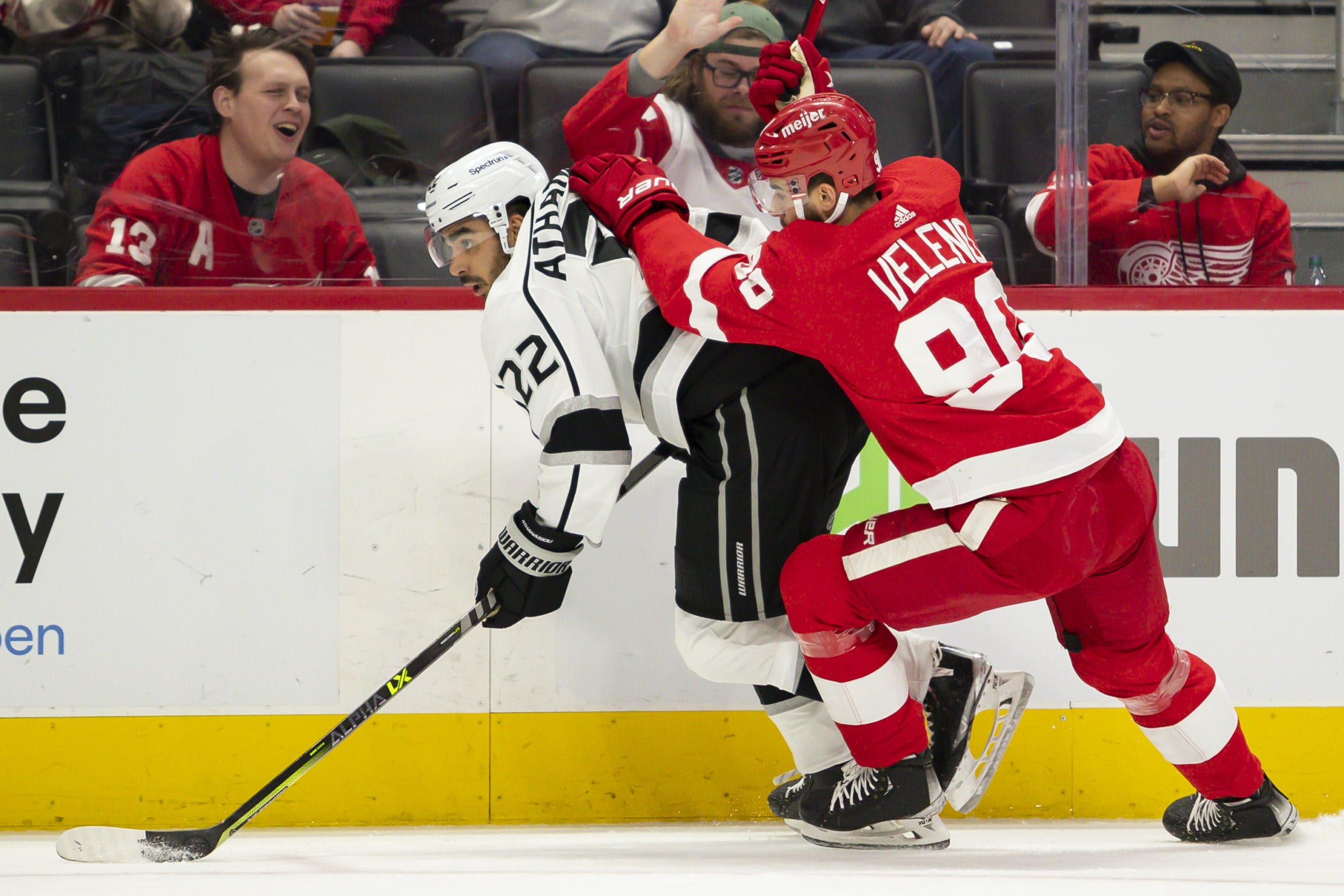 By Mike Gould
10 months ago
Detroit Red Wings forward @Joe Veleno scored his first goal in 18 games during Wednesday’s 5–3 loss to the Los Angeles Kings.
Veleno, 22, cut the Kings’ lead to 4–3 with 45.8 seconds remaining in regulation time. The rookie center picked up a slap pass from @Sam Gagner right in front of Kings goaltender @Jonathan Quick and out-waited the veteran goaltender before flipping the puck into the top-right corner of the net.
@Gemel Smith also assisted on Veleno’s goal for his first point as a Red Wing in his first game with the team. Veleno now has four goals and six points in 31 games this season.
@Michael Rasmussen and @Tyler Bertuzzi also scored for the Red Wings, which fell to 20–21–6 with the loss. Wednesday’s game was Detroit’s final game before the 2022 NHL All-Star break.
@Phillip Danault scored twice for Los Angeles, which also received goals from @Arthur Kaliyev, @Viktor Arvidsson, and 2022 All-Star @Adrian Kempe. The Kings (24–16–7) out-shot the Red Wings 45–25.
In his return to Little Caesars Arena, former Red Wings forward @Andreas Athanasiou took two shots and was a minus–2 in 14:25 of total ice-time.
Detroit struggled to generate chances for much of Wednesday’s game, even beyond the wide disparity in shots. The Kings out-chanced the Red Wings 26–14 through the first two periods (according to Natural Stat Trick); the high-danger chances also favoured L.A. 12–7.
The Red Wings entered the third period trailing 2–1 and made a significant push to try and swing things in their direction, controlling 73.07% of the expected goals and 83.33% of the high-danger chances in the final 20 minutes. Nevertheless, L.A. outscored Detroit 3–2 in the final frame.
With the exception of the All-Star-bound @Dylan Larkin, the Red Wings will take the next week off before returning to the ice in Philadelphia on Feb. 9.