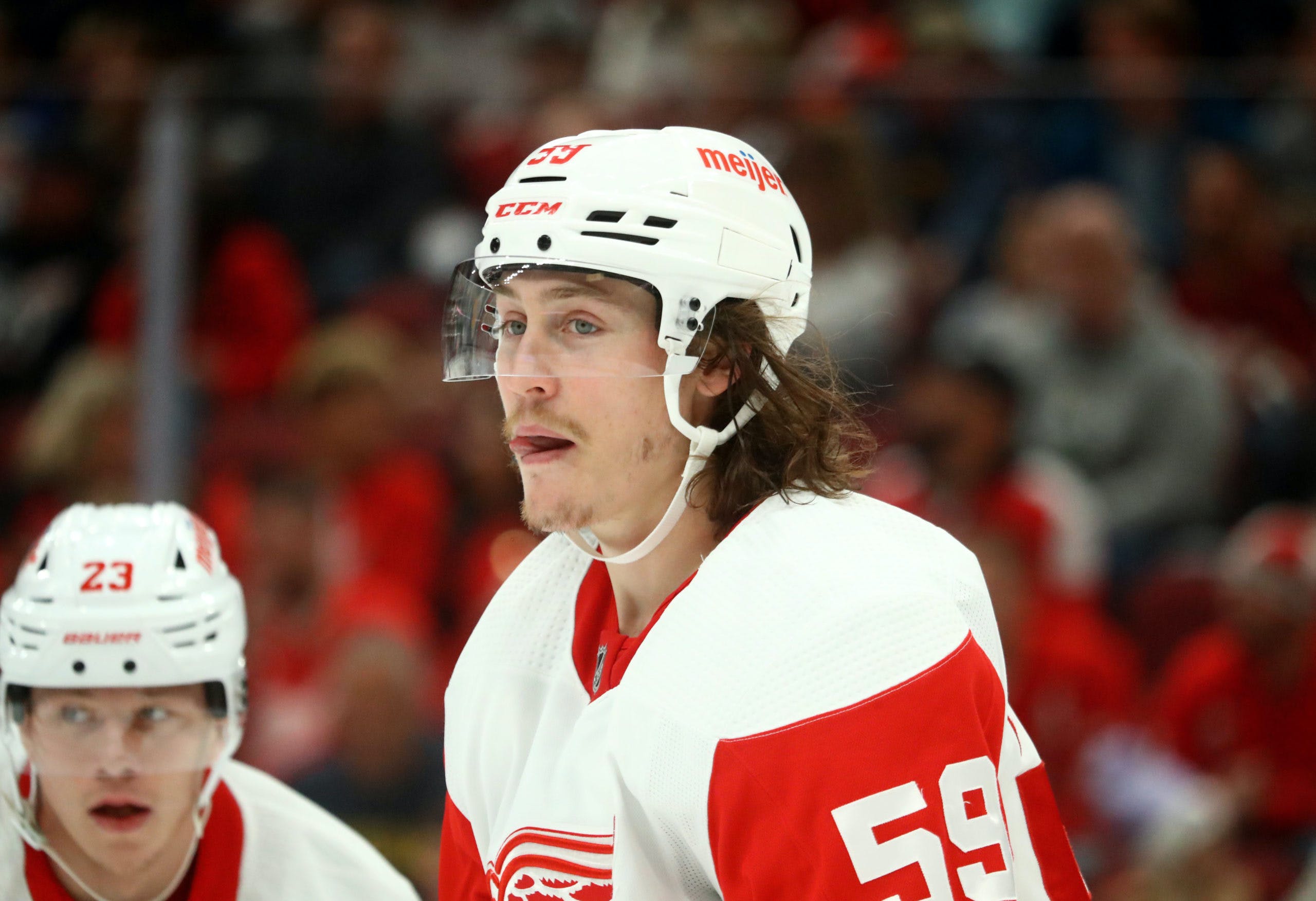 By Mike Gould
8 months ago
The Detroit Red Wings lost to the Florida Panthers by a decisive margin on Saturday, but the game wasn’t without its positives.
Red Wings forward @Tyler Bertuzzi managed to escape his mini scoring slump with a goal late in the third period. Bertuzzi’s 24th marker of the 2021–22 season cut Florida’s lead to 6–2, which remained the score to the final buzzer.
Bertuzzi entered Saturday’s action looking for his first goal in seven games (with his last tally coming against the Philadelphia Flyers back on Feb. 12). He scored with 5:14 remaining in regulation time, picking up the puck off a @Joe Veleno faceoff win in the offensive zone before snapping a hard shot past Panthers goaltender @Sergei Bobrovsky.
Veleno picked up the lone assist on Bertuzzi’s goal. Bertuzzi already set a new career-high in goals this season, surpassing his previous mark of 21 (set in 2018–19 and tied the following year). He now has 47 points (24 goals, 23 assists) in 48 games this year.
The Red Wings have 26 games remaining in their 2021–22 schedule for Bertuzzi to potentially reach the 30-goal mark for the first time in his National Hockey League career. He needs just six more goals to hit that plateau, although he’ll be ineligible to play in Detroit’s six remaining Canadian road games due to his unvaccinated status.
@Robby Fabbri also scored his second goal in as many games for Detroit in the 6–2 loss. @Anton Lundell scored twice for the Panthers, with @Anthony Duclair, @Sam Bennett, @Mason Marchment, and @Lucas Carlsson also tickling twine in the victory.
The Red Wings wrapped up their two-game Florida swing with an 0–2–0 record. They’ll have the next two days to rest and practice before returning to action on Mar. 8 to host the Arizona Coyotes at Little Caesars Arena.