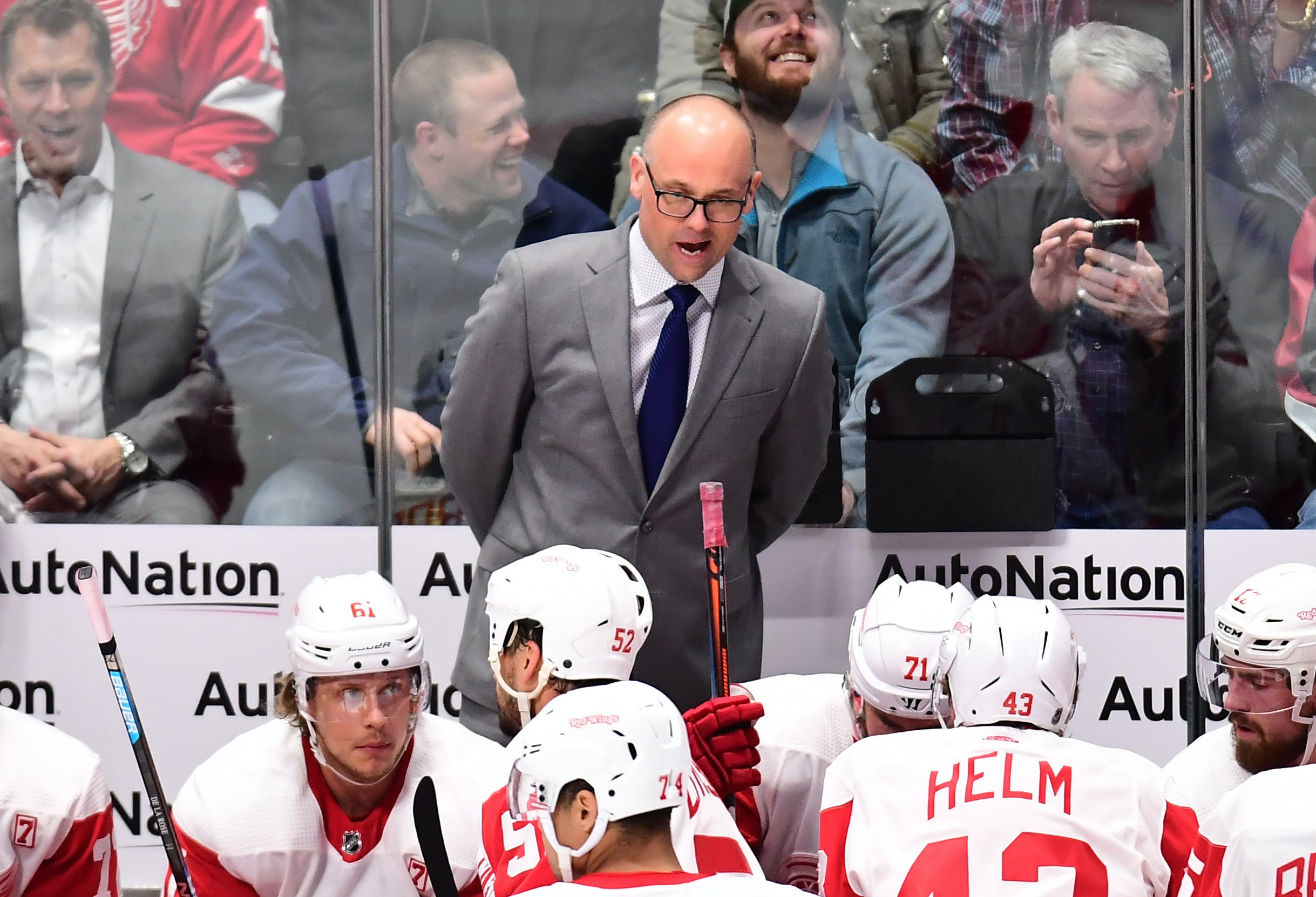 By Craig Jones
1 year ago
As we are well aware, this season CLEARLY isn’t going to be like any other. No pre-season, there’s only 56 games and a new caveat… ‘The Taxi Squad.’ The origin of this term dates back to the 1940’s with the AAFC (All-America Football Conference) and its creator, Paul Brown. The progressive Cleveland Browns coach came up with the term while trying not to lose quality players to other teams in the league. Brown approached owner Arthur McBride to arrange ‘jobs’ for the players with the Zone/Yellow Cab Co and schedules so they could report to the practice facility to be involved with team activities. Voilà! The Taxi Squad was born. The delay of the upcoming AHL season and its overall uncertainty of being postponed indefinitely will make these decisions crucial to both the team’s success and player development as-a-whole. Alright, let’s get into the meat and potatoes of the Wings’ Taxi Squad. 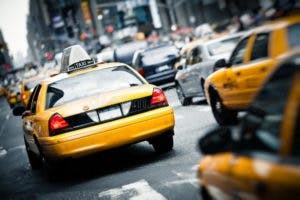 Everything about COVID demands extensive protocols are put in place to protect everyone involved and this new wrinkle in the season is no different. Teams will be required to maintain a minimum of 4 players and a maximum of 6. 1 goalie will be required on the Taxi Squad if the team does not carry 3 goalies on their active roster. Luckily, Taxi Squad members will be allowed to practice with the Wings, participate in team activities and travel if the team deems it necessary. The cap hits will parallel playing in the minors, where if an injury occurs it will be treated the same. Notably, just as if the AHL was active, this will be a fluid situation all-year with players being sent down and brought up based on their performance, COVID protocols and injuries. As we are amidst training camp, it is impossible to predict who Blashill and Yzerman will assign to the Taxi squad prior to opening night on January 14th. But that doesn’t mean we can’t make a few predictions.

Let’s start in the crease – 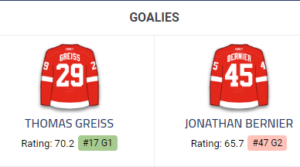 It’s no secret that the Wings lack depth between-the-pipes, so it’s safe to assume they will only carry Thomas Greiss and Jonathan Bernier on their active roster. Unfortunately, Taxi Squad protocols require teams always have at least 1 goalie available within the Taxi Squad ranks. The 3 goalies that were invited to training camp this year were Kevin Boyle, Kaden Fulcher and Pat Nagle. Because the signing of Calvin Pickard in 2019 obviously didn’t go as planned, the young Swede Filip Larsson will clearly need time to develop. In all likelihood, the decision will be between Kevin Boyle and Kaden Fulcher. Boyle is 6 years older than Fulcher and that maturity may be the reason he will be selected for the Taxi Squad. The fact of the matter is he will be personally responsible to stay in game-shape without any meaningful playing time. This will require tremendous discipline and would give Fulcher the opportunity to go over to Europe for some meaningful development. 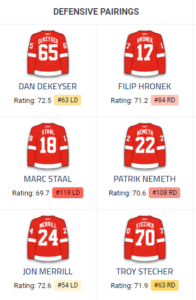 The back-end is pretty much set with the top-6, so it will only be likely to change if injuries and/or COVID rear their ugly heads. That being said, the defence is still relatively young so assigning Alex Biega or Brian Lashoff to the Taxi Squad is more likely than Dennis Cholowski or Joe Hicketts… although we won’t know with any certainty who will impress the Wings’ brass during this year’s training camp. Combine that with the fact that the Wings are openly in a rebuild, they may look to keep some younger players on the Taxi Squad just in case they start off slow and want to give the young boys a chance to shine. 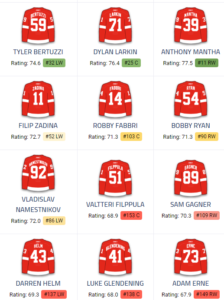 It’s safe to assume that, if he doesn’t crack the active roster, Michael Rasmussen will be a mainstay on the Taxi Squad. While there may be fear of stunting his development, his upside and unique skill set would make him an interesting addition on any given night. Further, due to his up-and-down performances over the past few seasons, Sam Gagner could be a regular on either the active roster or Taxi Squad. Lastly, the fact that Darren Helm was declared ‘unfit to participate’ makes him a name to watch. If you surveyed fans, most would say the Wings’ veteran deserves a spot on the active roster because of his contributions in Motor City over the past decade. But the NHL is a performance-based league and if Helm is unable to contribute to the level demanded by Blashill, it won’t be surprising to see him make an appearance on the Taxi Squad list this year.

The Taxi Squad has added yet another variable to an already convoluted season. The way the Wings’ start will definitely influence who they maintain at their disposal for a quick jolt to the active roster. If they come out the gates hot, I would expect that they maintain their fringe-players on the Squad. However, with a slow start, it’ll be safe to say we’ll get to see more veteran names like Sam Gagner and Darren Helm make room for the young boys. Regardless, it will be a fluid situation with a steep learning curve. Utilizing the new factor better than others, use of the Taxi Squad could be the difference maker as we enter late March and early April.
Twitter:@Jonesinthezone
Content
Recent articles from Craig Jones