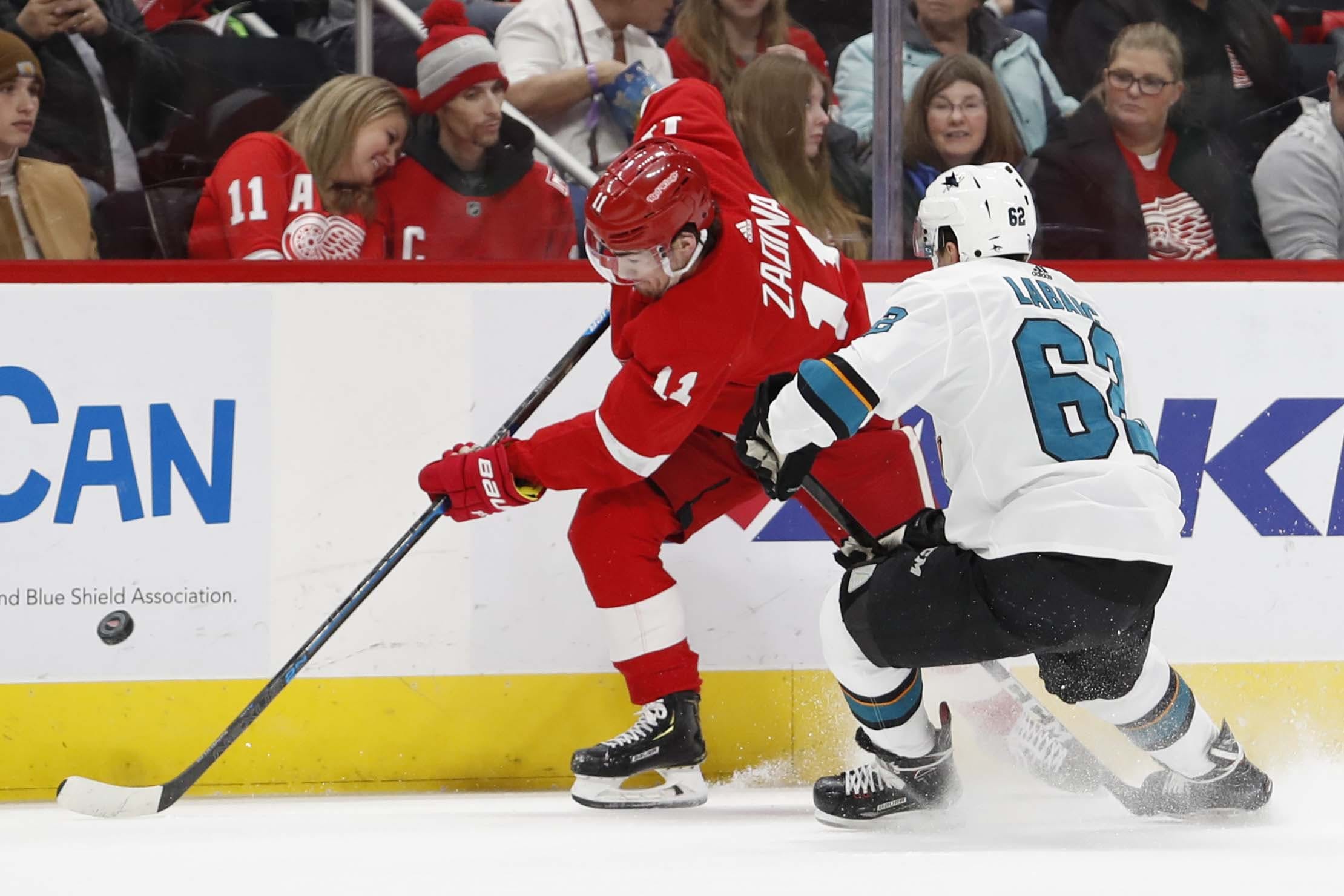 By Mike Gould
11 months ago
On Tuesday evening at Little Caesars Arena, the Detroit Red Wings will take on the San Jose Sharks for the first of two meetings this season between the clubs.
The Red Wings and Sharks won’t have to wait long to conclude their season series, with the finale scheduled for Jan. 11 at the SAP Center.
Both teams are currently near the middle of their respective divisions. The Red Wings (15–15–3) sit fifth in the Atlantic Division, one point back of the Boston Bruins with five more games played; the Sharks (17–15–1) rank sixth in the Pacific but have just three fewer points than the fourth-place Edmonton Oilers in the same number of contests.
Detroit has yet to record a win since returning from its 12-day COVID-19 pause. On New Years’ Eve, the Red Wings fell to the Washington Capitals by a 3–1 score; two nights later, they lost 5–1 to the Boston Bruins. @Alex Nedeljkovic gave an uncharacteristically shaky performance in the latter contest, allowing five goals on 32 shots.
The Red Wings aren’t scoring nearly enough goals as of late — or, from another perspective, they’re due to start converting. They have just two goals on 44 shots over their last two games. While they need to start getting more shots on net, they’re also bound to start scoring at better than a 4.5% rate.
The good news for Detroit: @Nick Leddy is out of COVID-19 protocol, meaning the Red Wings no longer have any players sidelined by the virus. It’s unclear at this point whether Leddy will play against San Jose.

Detroit: If @Nick Leddy returns to action on Tuesday, it’ll be interesting to see whether he’ll be able to make some progress toward salvaging an underwhelming season. The 30-year-old defenceman has zero goals and eight points in 30 games with the Red Wings this year and has been an analytical liability at both ends of the ice, including on the power play.
San Jose: It’s nice to see @Erik Karlsson having a resurgent season for the Sharks. The 31-year-old defenceman had eight goals and 22 points in 52 games over the entire 2020–21 campaign; this year, he has the exact same stat-line in 27 contests. Karlsson has five goals and 22 points in 24 career games against the Red Wings.

Tuesday’s Red Wings game will be broadcast on Bally Sports Detroit starting at 7:30 p.m. ET. It’ll be sent over the airwaves on WXVT-FM 97.1 “The Ticket” in the Detroit area, as well as on the Red Wings’ official website.