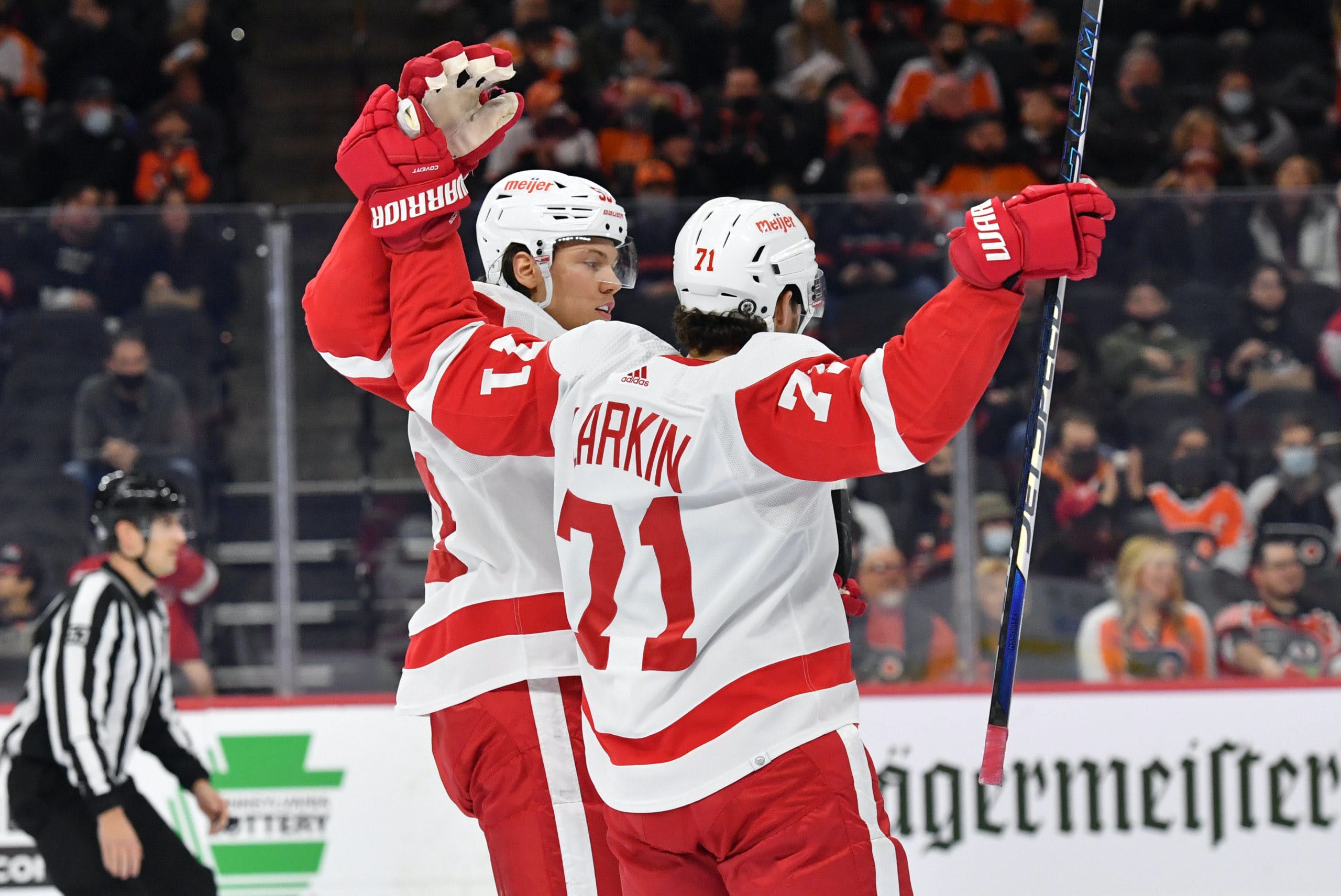 By Mike Gould
9 months ago
@Moritz Seider put together a dominant performance on the back-end and @Robby Fabbri scored the game-winning goal as the Detroit Red Wings defeated the Philadelphia Flyers by a 6–3 score at Wells Fargo Center on Wednesday.
Seider recorded a pair of assists and logged a team-high 23:02 in the game, including 4:24 while shorthanded. In his most notable moment, Seider almost singlehandedly killed 30 seconds of a @Dylan Larkin hooking penalty late in the second period.
The 20-year-old led all Red Wings defenders with three shots on goal and threw a pair of hits, including a monster shoulder-to-shoulder check on Flyers forward @Gerald Mayhew leading up to @Lucas Raymond’s goal in the first period.
With his goal and assist, Fabbri was one of five Red Wings players to put together a multi-point outing on Wednesday. The team’s “Guelph Connection” line (of Fabbri, @Pius Suter, and @Tyler Bertuzzi) was dynamite in Philadelphia, combining for two key goals in the second period — including Fabbri’s winner.
Larkin, Raymond, Suter, Fabbri, @Givani Smith, and @Vladislav Namestnikov scored for Detroit; @Isaac Ratcliffe, @Travis Sanheim, and @Scott Laughton tallied for the Flyers.
The Red Wings outshot the Flyers 34–24 in the contest, with Detroit goaltender @Alex Nedeljkovic making 21 saves for his 14th win of the season.
Prior to Wednesday’s game, the Red Wings had gone 1–14–2 in their last 17 trips to Philadelphia. Their lone win in that stretch came on Nov. 8, 2016, with @Andreas Athanasiou scoring in the shootout to clinch a 3–2 Red Wings victory.
Detroit’s last regulation win in the City of Brotherly Love came way back on Jun. 6, 1997, in Game 2 of the Stanley Cup Final; the Red Wings ultimately took that series in four games.
With the win on Wednesday, the Red Wings improved to 21–21–6 on the season. They’ll finish off their home-and-home series with the Flyers at Little Caesars Arena on Feb. 12.