Second round sleepers the Detroit Red Wings could target 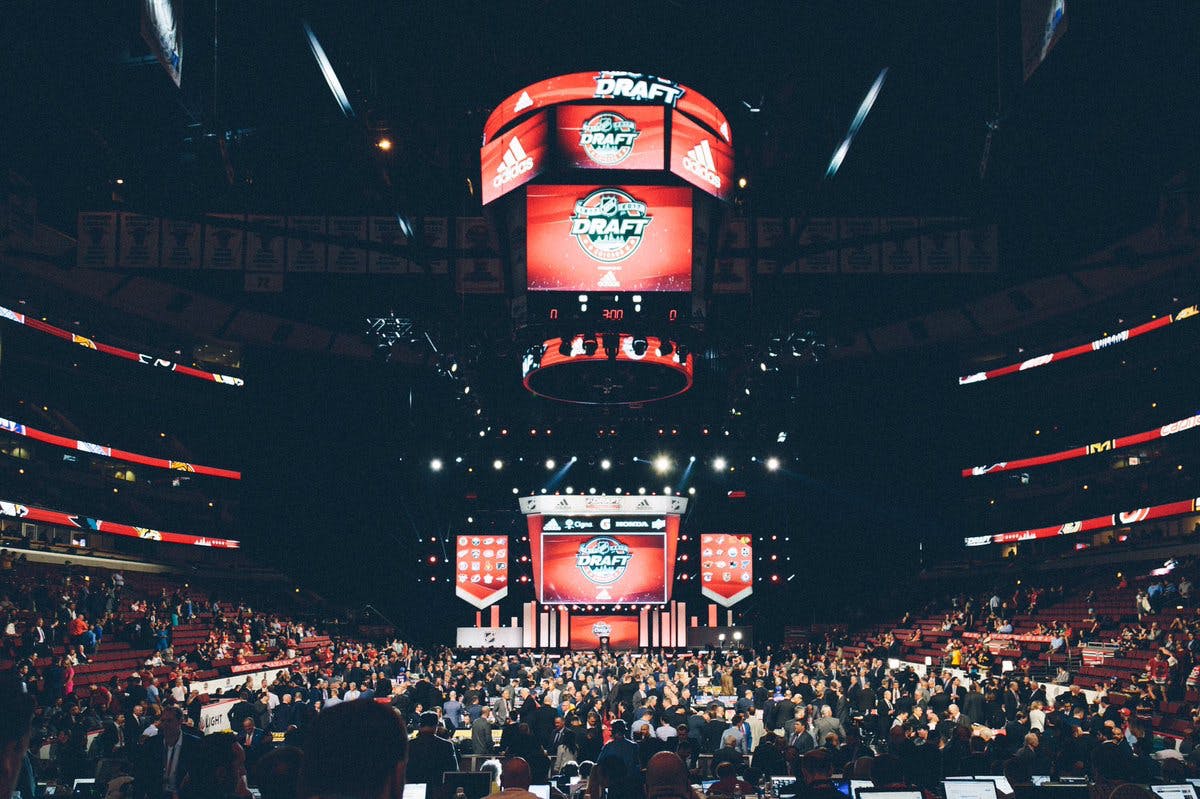 By Nation World HQ
1 year ago
By Austin Broad
FCHockey Contributor
There will be more misses than hits at the 2021 NHL Draft. History has shown this.
It’s a law of diminishing returns, too.
The later in the draft you get, the longer the odds that your pick-turned-prospect will blossom into an NHL player, much less an NHL star.
And whether you feel the 2021 NHL Draft class is lacking in punch, power, or prestige, it isn’t without its intrigue.
Undoubtedly, most prospects will fizzle. It’s the nature of the game. But some will hit, blossoming into an NHL player that’ll leave fans and organizations alike wondering what one team saw that 31 others didn’t. Many of those will come beyond the first round.
With that, here are five targets from the class that could hit, and your team should consider selecting in the second round of the 2021 NHL Draft:

Jack Peart is a mobile defender who possesses a smooth stride when skating forwards and backwards. His ability with the puck allows to be effective in transition, capable of skating the puck up the ice himself or finding an open teammate to get out of the defensive zone. He has decent size, standing at 5-11 and weighing 186, he can hold his own when battling against opposing players in the defensive zone. He has an active stick that will allow him to disrupt passing lanes and cause turnovers so his team can transition to offense.
His offensive skill allows him to generate chances for himself and others, Peart finished his draft year with 15 points (one goal and 14 assists) in 24 games for Fargo this past season.
“Peart is an intelligent two-way defenseman who displays smart decision making and patience with the puck on a shift-to-shift basis,” FCHockey scout Dylan Krill said. “He rarely ever gets overwhelmed and plays with great composure. He contributes on both sides on the puck with his great vision and strong gap control.”
RELATED: CHECK OUT FCHOCKEY’S FULL 300-PLAYER RANKING FOR 2021

One of the most exciting players to watch in this class when he has the puck on his stick, Artyom Martino loves to generate offense — whether it be for himself or his teammates. He is a strong skater with good vision and high-level puck skills. Martino can attack on the rush, using his vision to spot open passing lanes and hit his teammates with accurate passes and puts them in prime position for scoring opportunities.
Martino, who amassed 18 goals and added 38 assists for Omaha, has an ability to generate in transition or from an offensive zone setup, making him a dangerous multi-faceted offensive threat. He understands the nuances of the offensive game, and constantly moves his feet in an attempt to get open for teammates or create lanes so he can open up the game for his teammates.
“Martino has great speed and uses it to gain zone entry wide where he can set up teammates with his excellent vision and passing abilities,” FCHockey scout Curtis Schwartzkopf said. “Has some defensive flaws that need to be cleaned up but is an exciting player that is at his best in the offensive zone.”
RELATED: BUILD YOUR OWN CUSTOM MOCK DRAFT AT FCHOCKEY

Zachary L’Heureux started the season as a legitimate first round prospect, and with a combination of strong offensive instincts and a hard-hitting mentality it was easy to see why. He has a lot of strong offensive traits. He has great shot that he can get off with great power and accuracy, high-end skating ability that allows him to get up and down the ice and he is hard to play against because of his physicality and strength. He scored 19 goals and added 20 assists in 33 games for Halifax this season.
L’Heureux’s stock fell a bit because his hard-hitting and physical nature has gotten him into some trouble. He was suspended four times and his discipline has been called into question. He’s got a lot of value if still available in the second round.
“The Canadian prospect owns some outstanding goalscoring abilities, showcasing a quick release and great velocity his wrist shot that forces swift adjustment from goaltenders,” FCHockey scout Andy Lehoux said. “He will need to refine inconsistencies in his compete level and defensive game, but his offensive talent and physical tools makes him a top prospect alone.”
RELATED: SEARCH FCHOCKEY’S DATABASE FOR YOUR FAVORITE ELIGIBLES

Dmitri Katelevsky is a versatile forward who can play both the wing and center. He plays with a high pace and is reliable at both ends of the ice. With his thick frame and strong skating ability he is excels in close quarters. While he flashes some high-end puck skills, his best attribute is his mature defensive game. He’s an extremely smart player who knows how to suppress the other team’s offense and get his team out of danger.
Defensive forwards don’t always get a ton of recognition, but Katelevsky deserves a ton of praise for how mature his game is. He scored 16 points (seven goals, nine assists) playing in 43 games against men in the VHL, and had a positive impact in his own end. If you want a player who’s game will translate to the NHL quickly, Katelevsky is that guy ranked within in the second round. He may not be the flashiest, but he knows his role and plays his game extremely effectively.
RELATED: UNLOCK FCHOCKEY’S FULL SCOUTING DATABASE

Chase Stillman is an offensive-minded player who has excellent vision and playmaking capabilities. He spent his draft year playing games in Denmark’s U20 league because of the cancelled OHL season, but was still able to flash his offensive upside despite limited games. Stillman scored nine goals and added seven assists in eight games in Denmark, and then continued the year with a strong showing for Canada at the 2021 IIHF World Under-18 Championship.
He also brings a physical element to the game, with a willingness to engage in the corners and throw punishing open ice hits. With his 6-foot-1, 180-pound frame Stillman is more than capable of handling himself in physical battles. Modern power forwards are harder to come by, and Stillman fits the role with his unique attributes and aggressiveness.
“Stillman is able to bring physical presence and very often is able to knock his opponent down and off the puck in all areas of the ice,” FCHockey scout Olivia McArter said. “He reads the plays very well where he’s able to set up line mates for shot opportunities and being proactive in finding quiet ice to help progress play.”
Austin Broad is a scout and contributor at FCHockey.
Nation Network readers can get 25% off FCHockey’s 2021 NHL Draft Guide with promo code NATIONNETWORK. Unlock your savings at checkout!
Uncategorized
Recent articles from Nation World HQ