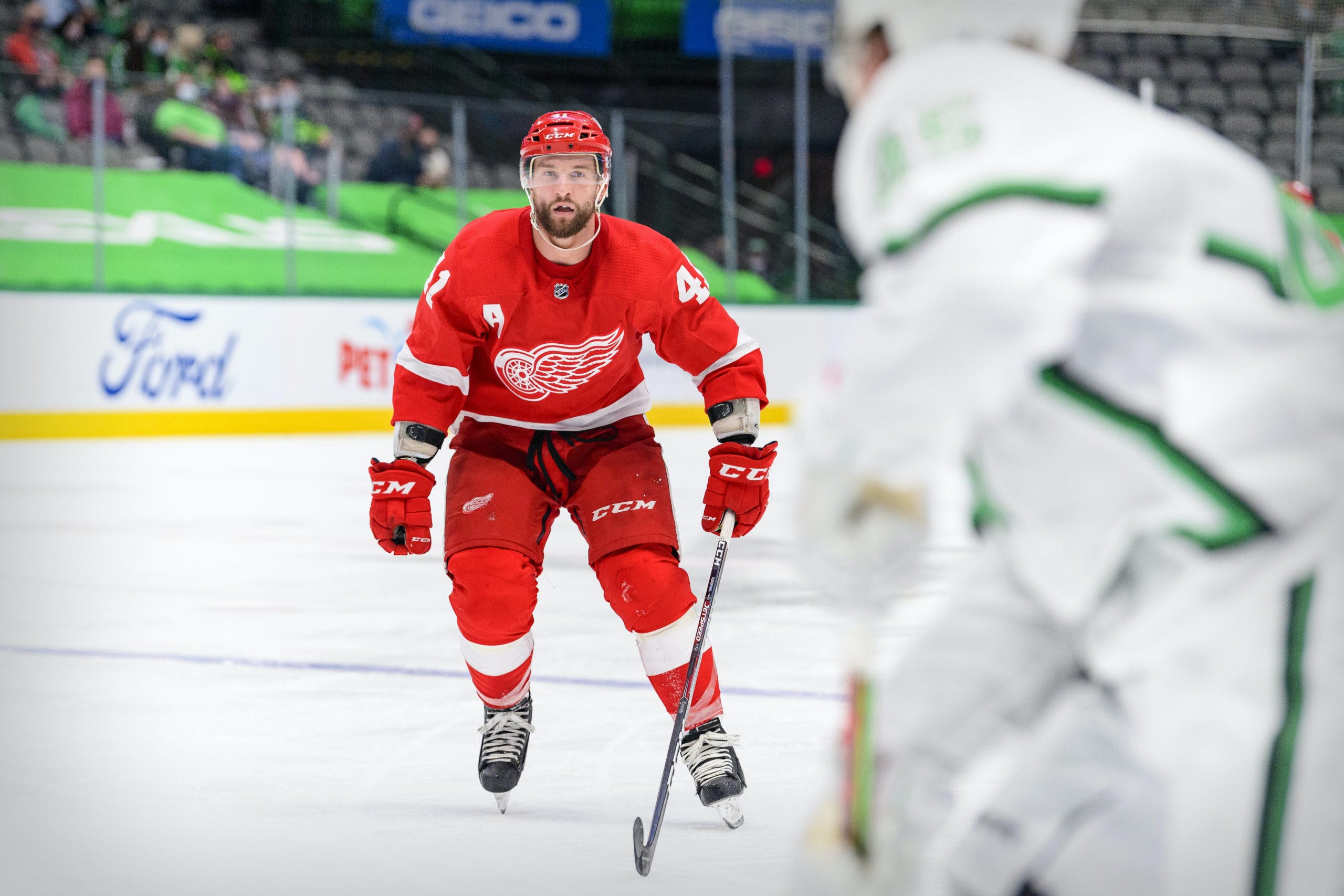 By Mike Gould
10 months ago
Former Detroit Red Wings forward @Luke Glendening made his return to Little Caesars Arena on Friday for the first time since leaving the team as a UFA.
After spending eight seasons in Detroit, the Grand Rapids product signed a two-year contract with the Dallas Stars in the 2021 unrestricted free agency period.
The Red Wings prepared a video tribute for Glendening’s return; after it finished, the assembled crowd at Little Caesars Arena gave Glendening a standing ovation.
A versatile right-handed forward who excels in the faceoff dot, Glendening starred at the University of Michigan from 2008 to 2012 before signing a one-year entry-level contract with the Red Wings in 2013.
Glendening made his Red Wings debut at age 24 in 2013–14 after spending parts of two seasons with his hometown Grand Rapids Griffins. He eventually played 554 games with the Red Wings, scoring 57 goals and 126 points — and winning exactly 55% of his faceoffs.
Now 32, Glendening has five goals and eight points in 37 games with the Stars this season. Unsurprisingly, he also leads the team with a 58.8% faceoff success rate.
The Red Wings and Stars are currently tied 1–1 late in the first period.
Uncategorized
Recent articles from Mike Gould