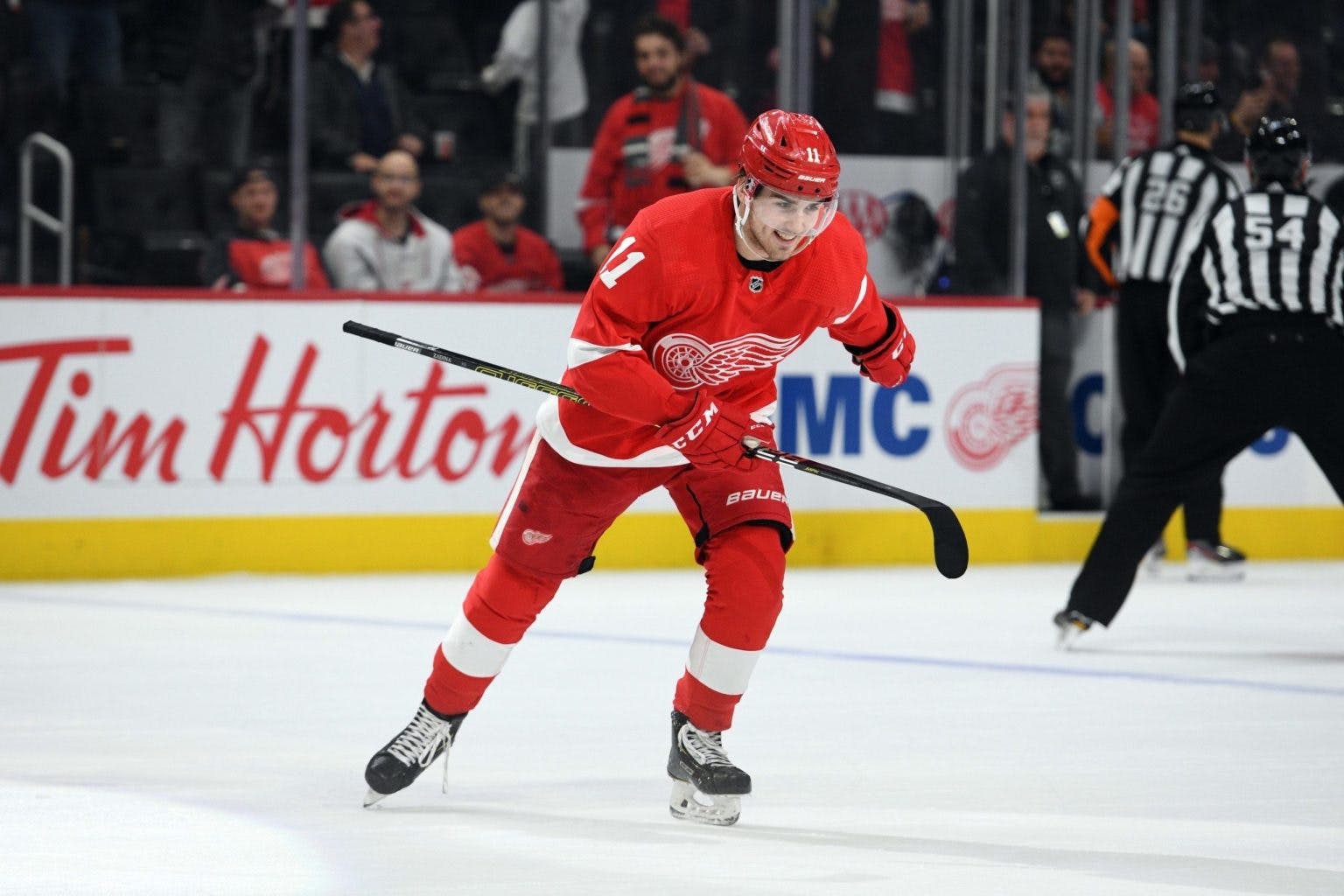 By Nation World HQ
1 year ago
by OddsShark (@OddsShark) – Sponsored Post
The Detroit Red Wings were 0-8 on the moneyline in their previous eight games against the Florida Panthers before snapping that losing streak with a 4-1 win on Sunday night. The Red Wings will try to earn another upset win over the Panthers on the road on Tuesday night.
Detroit is a +175 underdog on the NHL odds in Florida at sportsbooks monitored by OddsShark.com. The Panthers (-210) were -255 favorites when they lost outright on Sunday.
Red Wings vs Panthers | OddsShark Matchup Report
The Red Wings entered Sunday’s game against Florida with an 0-8 record in their last eight games overall, an 0-8 record in their last eight games against the Panthers and an 0-13 record in their last 13 games on the road. They snapped all of those losing streaks with an impressive 4-1 victory in Florida. Givani Smith led the way on offense with a goal and an assist and Thomas Greiss got his first win as a Red Wing in style as he turned away 36 of the 37 shots that he faced.
In their last three games as 1.5-goal underdogs on the puckline against the Panthers, the Red Wings are 3-0. Detroit is 1-5 on the puckline in its last six games against teams other than Florida.
The Panthers hadn’t lost a game in regulation before Sunday’s as they were 6-0-2 coming into that game. Florida cut Detroit’s lead down to 2-1 early in the third period and appeared likely to be on its way to tying up the game, but the Red Wings did a good job of preserving their lead and extending it back to two goals just seven minutes later. The offense was averaging 3.5 goals per game before being held to just one goal against Detroit. The Panthers are 5-11 on the moneyline in their last 16 games at home.
Tuesday night’s total is set at 5.5 goals at online betting sites. The UNDER is 5-1 in Detroit’s last six games against Florida.
Detroit wraps up its current six-game road trip with this game against the Panthers and then two road games against the Nashville Predators scheduled for Thursday and Saturday. The Red Wings are 10-2 in their last 12 games against the Predators.
Check out OddsShark on Twitter and Instagram or head to YouTube for analysis on this week’s top games. As well, the OddsShark Computer serves up daily NHL picks for bettors.
Content
Odds News
Recent articles from Nation World HQ