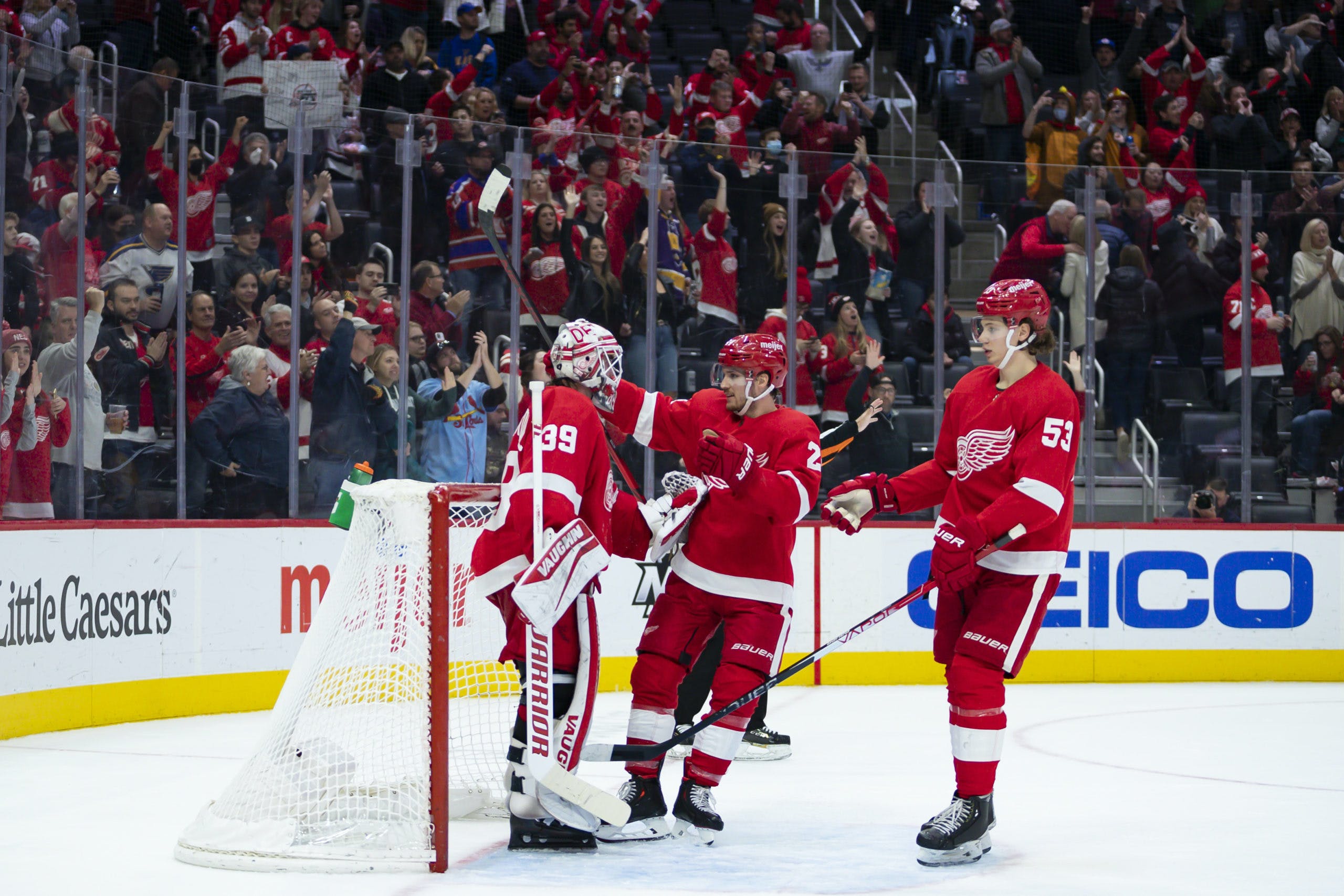 By Mike Gould
1 year ago
The Detroit Red Wings defeated the Buffalo Sabres 3–2 in overtime on Saturday, overcoming a game-tying goal by @Jeff Skinner in the final minutes of the third period to capture two points in overtime.
Skinner’s goal came with just 1:37 remaining in regulation time, erasing a 2–1 lead that Detroit had held since midway through the second period. Red Wings rookie @Lucas Raymond responded with the game-winning goal just 26 seconds into overtime.
Buffalo opened the scoring at the 5:05 mark of the middle frame when @Dylan Cozens deflected a @Brett Murray feed past Red Wings goaltender @Alex Nedeljkovic. Murray picked up his first National Hockey League point on the play.
The Red Wings countered Cozens’ icebreaker with two quick goals just 1:19 apart during the second period.
First, @Carter Rowney netted his second goal of the season at the 9:56 mark of the middle frame. The 32-year-old forward managed to swat an airborne puck past Sabres goaltender @Dustin Tokarski to even the score; @Gustav Lindstrom and @Sam Gagner picked up the helpers on the GTG.
@Pius Suter gave Detroit its first lead of the game with 8:45 remaining in the period, poking a rebound in the crease past Tokarski for his fifth goal of the season. @Givani Smith and @Moritz Seider picked up the assists on the play.
The Red Wings outshot the Sabres 40–28 in regulation time but couldn’t seal the deal through 60 minutes. Skinner’s goal set the stage for Raymond to pick up the first game-winning goal of his NHL career in the overtime period.
Raymond, 19, leads the Red Wings with 21 points in 22 games. @Dylan Larkin and @Filip Hronek recorded the assists on Raymond’s ninth career NHL goal, which came just 26 seconds into the extra frame.
Nedeljkovic made 26 saves in the victory, improving to 6–3–3 with a .918 save percentage this season. Since he allowed seven goals in his first appearance with Detroit, Nedeljkovic has recorded a save percentage below .900 just once in his last 13 appearances.
Now 10–9–3 on the season, the Red Wings will return to action on Nov. 30 to take on the 10–7–0 Boston Bruins at TD Garden.
Uncategorized
Recent articles from Mike Gould