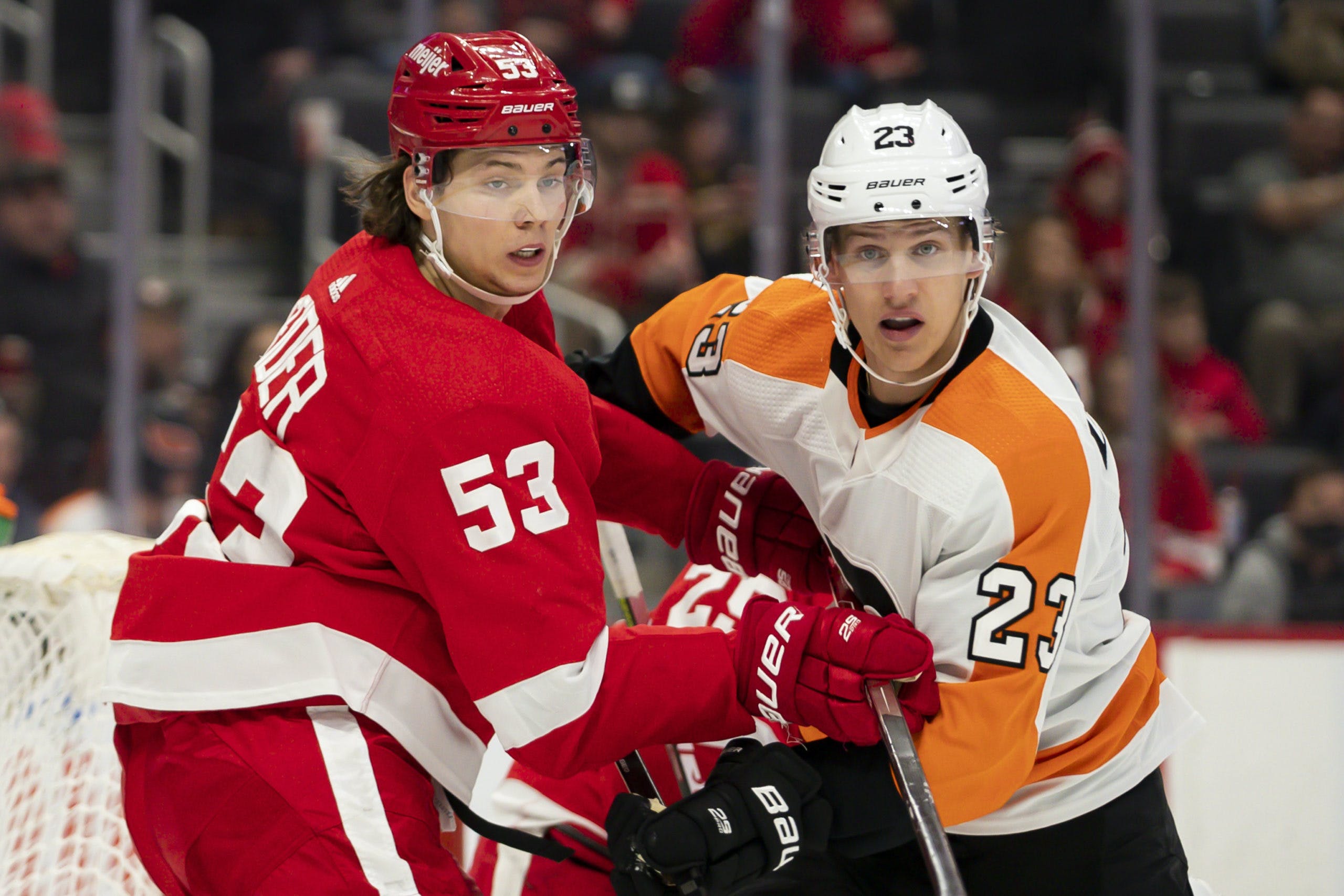 By Mike Gould
9 months ago
With no game to play on Sunday, members of the Detroit Red Wings will surely take the day to enjoy the festivities surrounding Super Bowl LVI.
Led by former Detroit Lions quarterback Matthew Stafford, the 12–5 Los Angeles Rams will take on the 10–7 Cincinnati Bengals in the big game.
After a recent Red Wings skate, the team’s social media coordinators polled members of the team on who they think will capture this year’s Super Bowl. Watch the video below to see their responses…
Out of the 21 polled respondents, 10 answered Cincinnati while another 10 voted for the Rams. @Filip Zadina simply responded, “I don’t watch football.”
Here’s the full breakdown of answers, recorded for future bragging rights purposes:

It appears “Seider v. Raymond” has taken on a new dimension.
The opening kickoff for Super Bowl LVI is scheduled to take place at 6:30 p.m. ET at SoFi Stadium in Inglewood, CA.