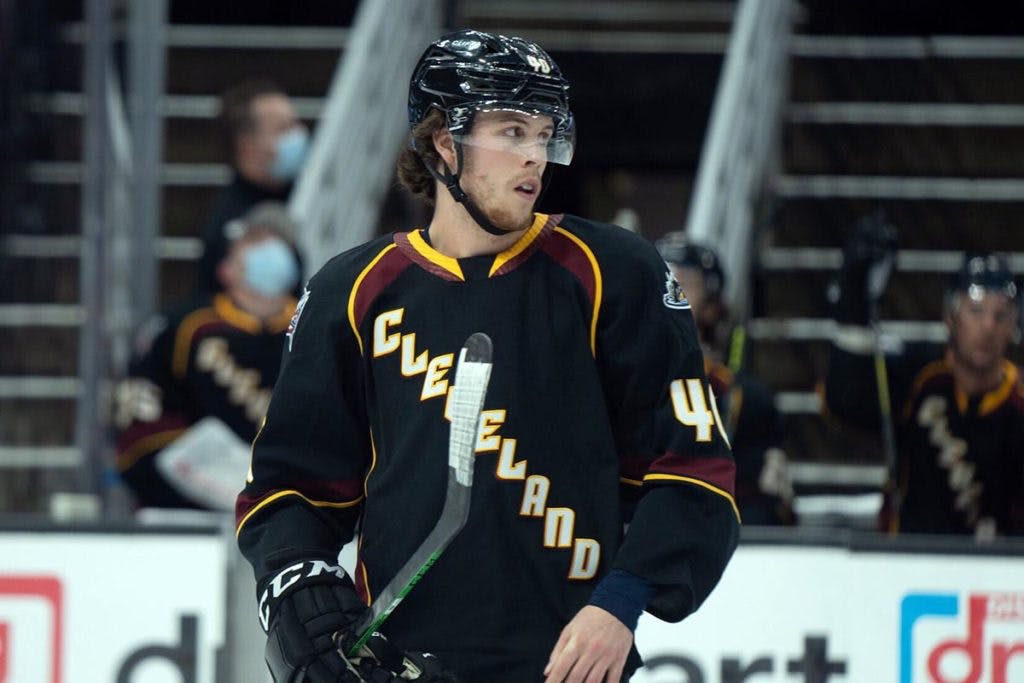 By Thomas Hall
1 year ago
While the Detroit Red Wings didn’t qualify for the 2021 Stanley Cup Playoffs, general manager Steve Yzerman hasn’t wasted any time preparing for next season and is already attempting to strengthen his club’s prospect system, as they signed defenseman Wyatt Newpower on Monday.
Hitting the open market as an unrestricted free agent, Newpower, 23, has agreed to a two-year, entry-level contract that’ll begin next season.
Making his professional debut this past season, Newpower joined the Cleveland Monsters – Columbus’ AHL franchise – on a one-year deal and was utilized in a bottom-four role throughout his inaugural campaign. Despite suiting up for just 24 games, the 6′ 3″ blueliner still found a way to make a positive impact, producing three goals, 10 points and a +10 rating.
Before signing with Cleveland in April 2020, the right-hander spent four seasons at the University of Connecticut and was named captain of the team during his senior year. Enjoying the top performance of his collegiate career in 2019-20, the youngster captured the Hockey East Best Defensive Defenseman Award and was also named to the Hockey East Second All-Star Team.
In total, Newpower posted 11 goals and 47 points over 114 career games with the Huskies. Additionally, he also recorded three goals, 22 points and a career-best +23 rating as a senior.
Looking ahead, Newpower will likely receive an invitation to Detroit’s training camp next fall and could potentially make his NHL debut at some point in 2021-22. But even if that doesn’t happen, he should still earn an opportunity to play a significant role with the Grand Rapids Griffins.
News
Recent articles from Thomas Hall