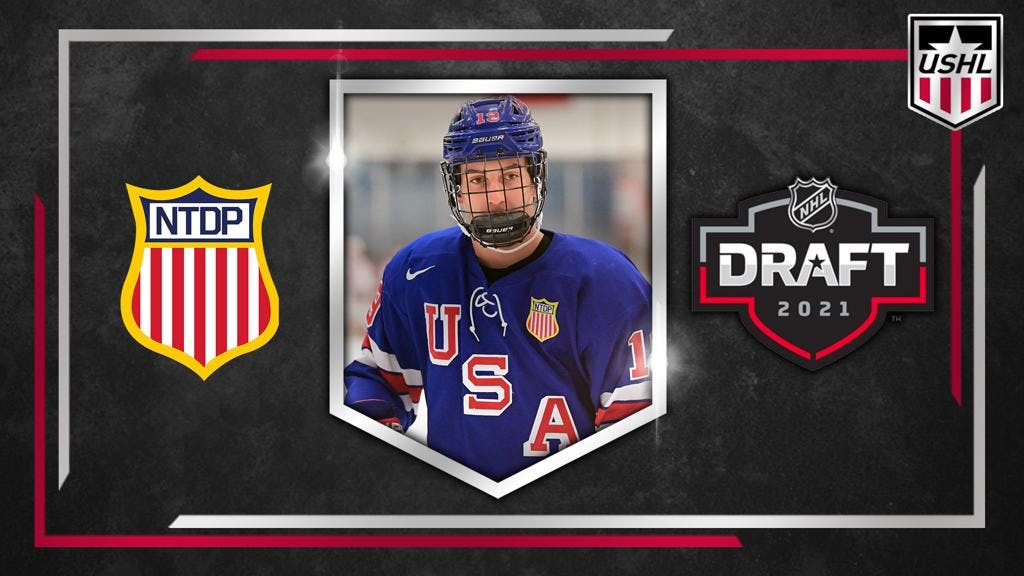 By Thomas Hall
11 months ago
With November drawing to a close, the countdown to the holiday season has officially begun, and so too has preparations for the 2022 World Junior Championship, which will occur from Dec. 26 to Jan. 5 in Alberta, Canada.
That’s right, the annual WJC tournament is nearly upon us, but before games begin, all 10 teams must finalize their respective rosters. For Team USA, who’s seeking to capture a second straight title, they released their preliminary 31-skater roster for the upcoming event, although they’ll be tasked with trimming that group down to 25 players ahead of next month’s proceeding.
As for how this relates to the Detroit Red Wings, their franchise will be represented by two prospects from the 2021 National Hockey League Draft, in Red Savage and Carter Mazur. Here’s a full breakdown of USA Hockey’s roster:
Savage, 18, was selected by the Red Wings in the fourth round of last summer’s draft and currently remains unsigned. Up to this point, the 5’11” forward has been attending the Miami University of Ohio, playing for the Redhawks.
In 14 games, the left-hander has scored one goal, six points and has totaled 10 penalty minutes during that span.
If Savage makes the final roster, he’ll participate in his first-ever WJC tournament, however, he did serve as Team USA’s captain during the under-18 tournament last spring. Over five contests in that event, he registered one goal and earned four penalty minutes.
As for Mazur, 19, the 6’0″ forward was chosen in the third round of the 2021 NHL Draft, and similar to Savage, he also remains without an entry-level contract. As a result, the Michigan native has spent his freshman year at the University of Denver, suiting up for the Pioneers.
Through 12 games, the right-hander has posted an impressive seven goals, 10 points and 12 penalty minutes during his inaugural campaign.
Both Savage and Mazur will attend Team USA’s training camp, which will open on Dec. 12, in hopes of making the final cuts before the team travels across the border into Canada.
Detroit will finish off November with a clash against the Boston Bruins at TD Garden on Nov. 30, with puck drop scheduled for 7:00 pm ET.

GAME NOTES BROUGHT TO YOU BY DAILYFACEOFF

Looking to up your fantasy hockey game? DailyFaceoff has the tools you need for both daily and season-long fantasy leagues, including a lineup optimizer, daily projections, and a whole lot more. Sign up for the DailyFaceoff tools here.
Uncategorized
Recent articles from Thomas Hall