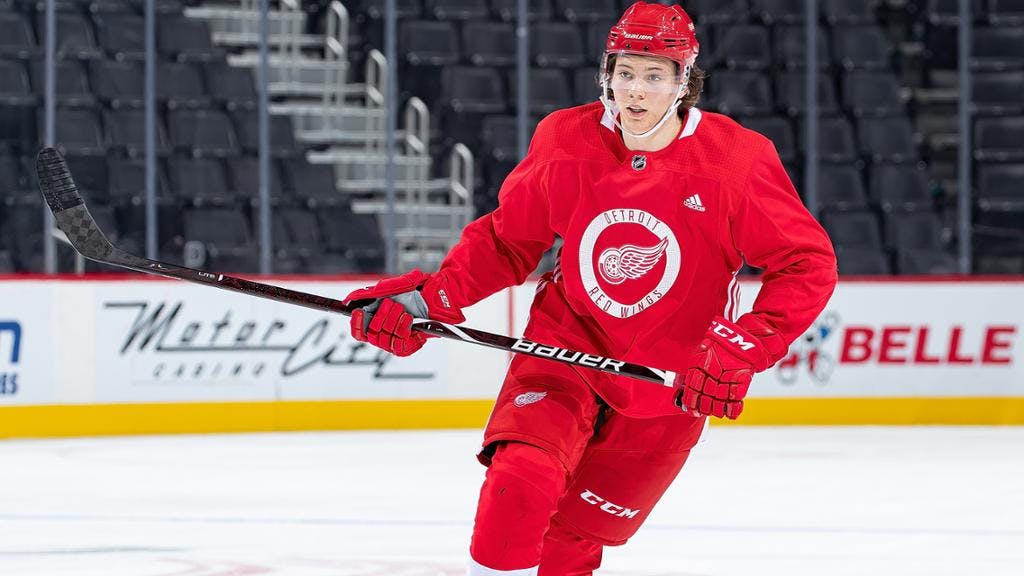 By Thomas Hall
1 year ago
While the 2020-21 season was another disappointing performance for the Detroit Red Wings, which saw them finish near the bottom of the standings once again, there’s no question the future of this organization is extremely bright and is also loaded with talented young prospects who could make a strong impact in the NHL very shortly.
Most notably, defenseman @Moritz Seider, who was selected sixth overall in the 2019 NHL Draft, is considered one of Detroit’s top prospects and he dominated overseas in the SHL this season, which has earned him the league’s best defenseman of the year award.
After playing 49 games with the Grand Rapids Griffins in the AHL last season, Seider, 20, was originally supposed to return to the AHL for a second straight campaign, but the COVID-19 pandemic forced him to take his talents to Sweden. Joining Rogle BK, the youngster received permission from the Red Wings to spend the entire 2020-21 campaign overseas rather than leaving halfway through and returning to North America.
Allowing him to focus on his development, the 6′ 4″ blueliner flourished with his new squad and quickly became one of the brightest stars of the entire league, which is pretty impressive for someone of his age. Along with making strong offensive contributions, the German native also showcased his physicality in the defensive zone, as he won numerous puck battles in the corners and removed opposing skaters from the front of the net.
Appearing in 41 games, Seider produced seven goals, 28 points and a +14 rating during the regular season. Helping Rogle BK advance to the championship finals, the top young defenseman recorded one goal, five points and a +9 rating over 13 playoff contests.
In comparison to the rest of the SHL, the future NHL star finished tied for the fifth-most goals and tied for the ninth-most points among all defensemen in the league, according to EliteProspects.com.
Following this remarkable performance, Seider will probably return to the Griffins next season, however, there’s definitely a chance he could make his NHL debut at some point in 2021-22.
News
Recent articles from Thomas Hall