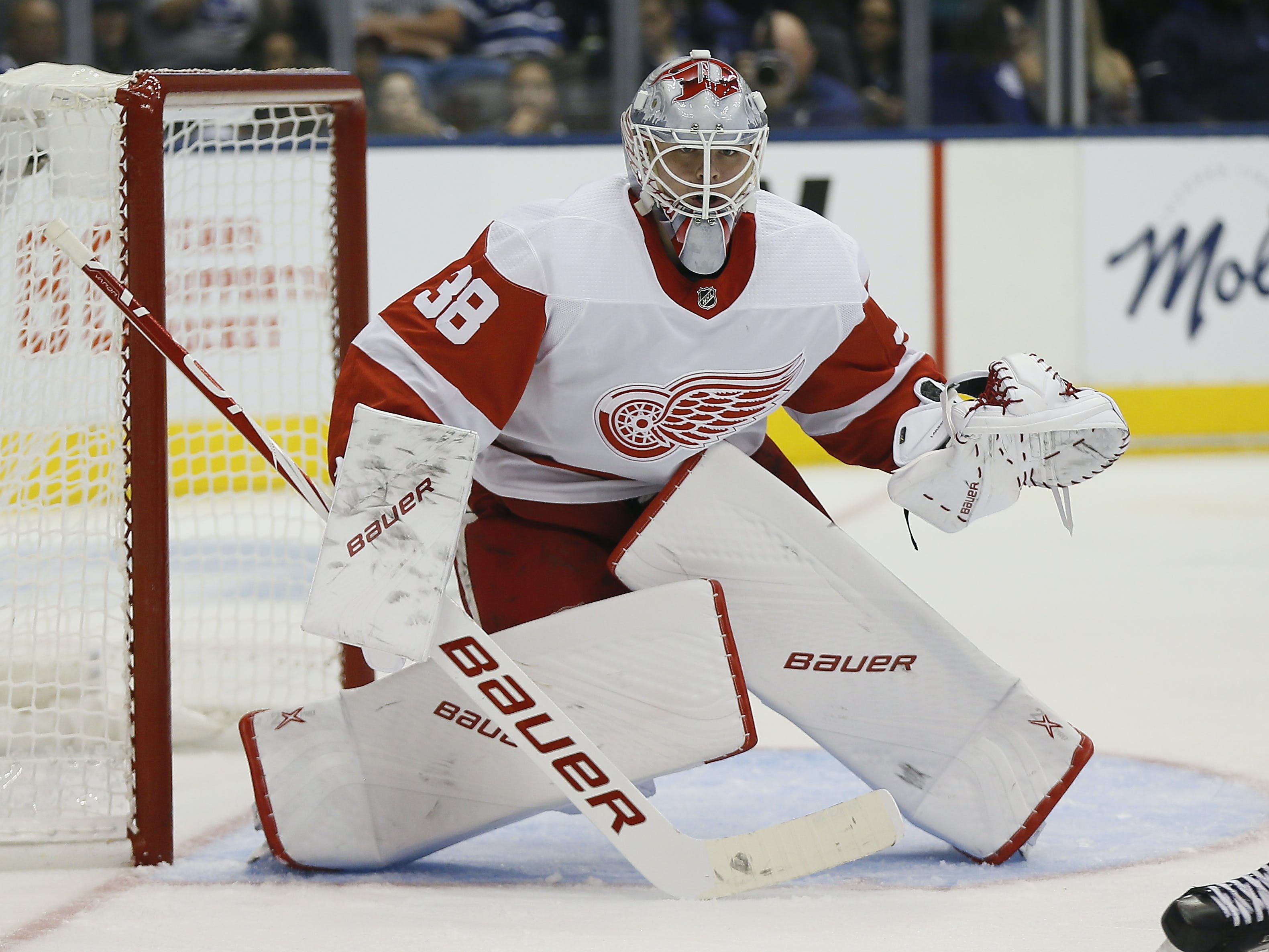 By Thomas Hall
1 year ago
While the Detroit Red Wings encountered several challenging obstacles this past season due to the COVID-19 pandemic, the majority of the organization’s prospects also faced similar difficulties throughout the 2020-21 campaign, especially the ones who were forced to take their talents overseas.
In particular, goaltender @Filip Larsson, who split the 2019-20 season between the ECHL and the AHL, was originally expected to return to North America last fall before the world turned upside down. Since hockey on this side of the globe was delayed until January, the 22-year-old decided to take this unusual opportunity to suit up for his hometown country of Sweden, playing on loan for Almtuna IS of the country’s second-tier league.
Despite having the comfort of playing close to home, Larsson struggled to perform effectively and produced a miserable 3.54 goals-against average and a .883 save percentage through just six games. Following these disappointing results, the former sixth-round pick asked for a transfer to the Frederikshavn White Hawks in Denmark, however, things didn’t go well there either as he posted a .889 save percentage over a 10-game span.
Looking ahead to next season, the 6′ 2″ netminder is planning to remain in Europe for at least one more year and has joined HV71, who plays in the same league as Almtuna IS. After meeting with the club’s goaltending coach, William Rahm, a few months ago, the youngster ultimately decided this would be the best opportunity for him to bounce back from his troubling performance.
“I’m very motivated to be a part of this team and the journey the guys started,” Larsson said about embarking on this new journey with HV71. “A while ago, I was down and met William Rahm and got a good impression of how they see me and my future.”
As for how HV71 views Larsson, Rahm believes he’s a very talented goaltender and is also very excited to begin working with him this fall. Taking into account the amount of experience the Red Wings prospect has gained over the years, the veteran goaltending coach is confident he can help him elevate his game even further, particularly with his already impressive positioning.
“He is a goalkeeper who has all the tools to get far with his hockey and who has already accumulated a lot of experience with junior national teams and games in North America,” Rahm explained. “Filip is a well-trained goalkeeper who has a good positional game and is strong in the short game.”
Considering Larsson will be entering the final season of his three-year, entry-level contract in 2021-22 and is slated to become a restricted free agent after next season, there’s no question he has plenty to prove over these next 12 months. Though it’s still too early to write him off completely, enduring another mediocre showing probably wouldn’t bode well for his future with the Red Wings.
But since Detroit’s minor-league system isn’t loaded with quality goaltenders, the front office still may decide to re-sign the left-handed goaltender next summer and perhaps provide him with a longer leash than he likely deserves.
Whatever the future holds for Larsson, if he wants to earn a new extension after the 2021-22 campaign, he’ll probably need to thrive in this new role with HV71 and dramatically outperform his disappointing results from the last two seasons.
Nation Takes
Recent articles from Thomas Hall