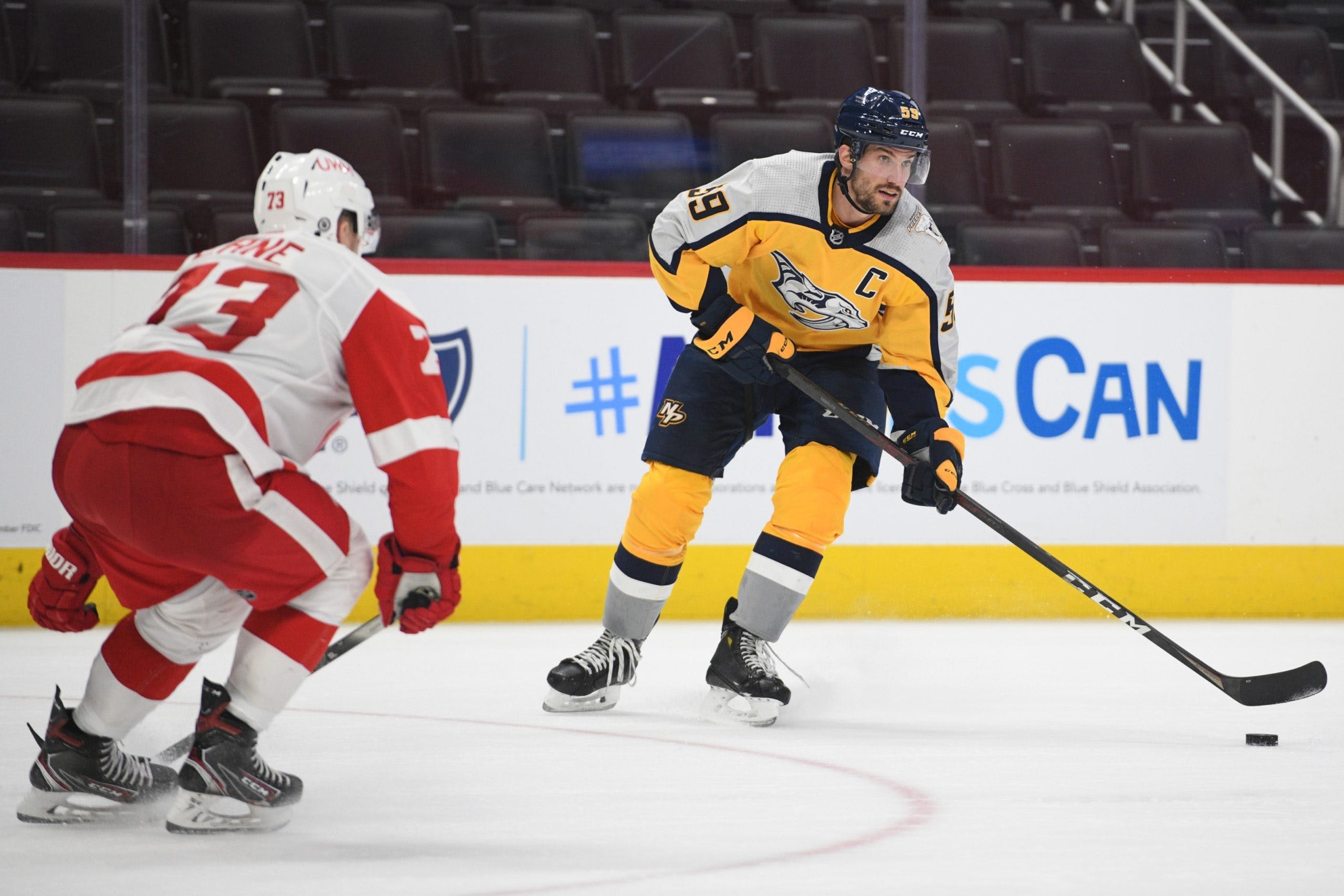 By Mike Gould
10 months ago
After falling 5–4 in overtime against the Dallas Stars on Friday, the Detroit Red Wings will get right back at it on the road on Saturday when they take on the Nashville Predators.
@Robby Fabbri, @Pius Suter, @Dylan Larkin, and @Tyler Bertuzzi scored for the Red Wings on Friday, with @Alex Nedeljkovic allowing five goals on 32 shots and looking very shaky in the loss.
With @Thomas Greiss (as of now) still in COVID-19 protocol, it’s possible we could see @Calvin Pickard make his 2021–22 Red Wings season debut in goal. The 29-year-old has a 13–8–4 record and a .929 save percentage in 26 AHL games with the Grand Rapids Griffins this season.
Nashville’s resurgence has been one of the stories of this NHL season. Forwards @Ryan Johansen, @Matt Duchene, and @Mikael Granlund have led the way for the Predators while already exceeding their respective individual point totals from 2020–21.
@Juuse Saros has been outstanding once again for Nashville, posting a 21–11–2 record with two shutouts and a .924 save percentage. It’s entirely possible the Wings could face @David Rittich, the Predators’ 29-year-old backup who has a 3–2–1 record and an .882 save percentage in seven appearances this year.
Nashville most recently took on the Winnipeg Jets on Jan. 20, winning by a 5–2 score to snap an uncharacteristic four-game losing streak. Saros made 36 saves in the victory while the Predators managed to beat @Connor Hellebuyck four times on just 22 shots.
This will be the second of two meetings this season between the Red Wings and Predators. The two teams previously met in Detroit on Dec. 7, with Johansen, @Roman Josi, and @Dante Fabbro each recording three points in a 5–2 Nashville win. @Michael Rasmussen and @Robby Fabbri scored Detroit’s goals in the contest.

Detroit: Friday’s game might have been one of @Robby Fabbri‘s best as a Red Wing. The 26-year-old forward scored a highlight-reel game-tying goal in the first period and, as part of the “Guelph Connection” line, finished the night as one of the team leaders in most puck possession categories. Fabbri has 11 goals and 18 points in 39 games this season.
Nashville: It took a while, but @Matt Duchene finally looks like the player the Predators thought they were getting when they signed him to a seven-year, $56 million deal back in 2019. The 31-year-old forward managed just six goals and 13 points in 34 games with the Preds in 2020–21 but already has 17 goals and 35 points in 38 contests this season.

Saturday’s game in Nashville will be broadcast on ESPN+ starting at 8:30 p.m. ET. It’ll be sent over the airwaves on WXYT-FM 97.1 “The Ticket” in the Detroit area, as well as on the Red Wings’ official website.