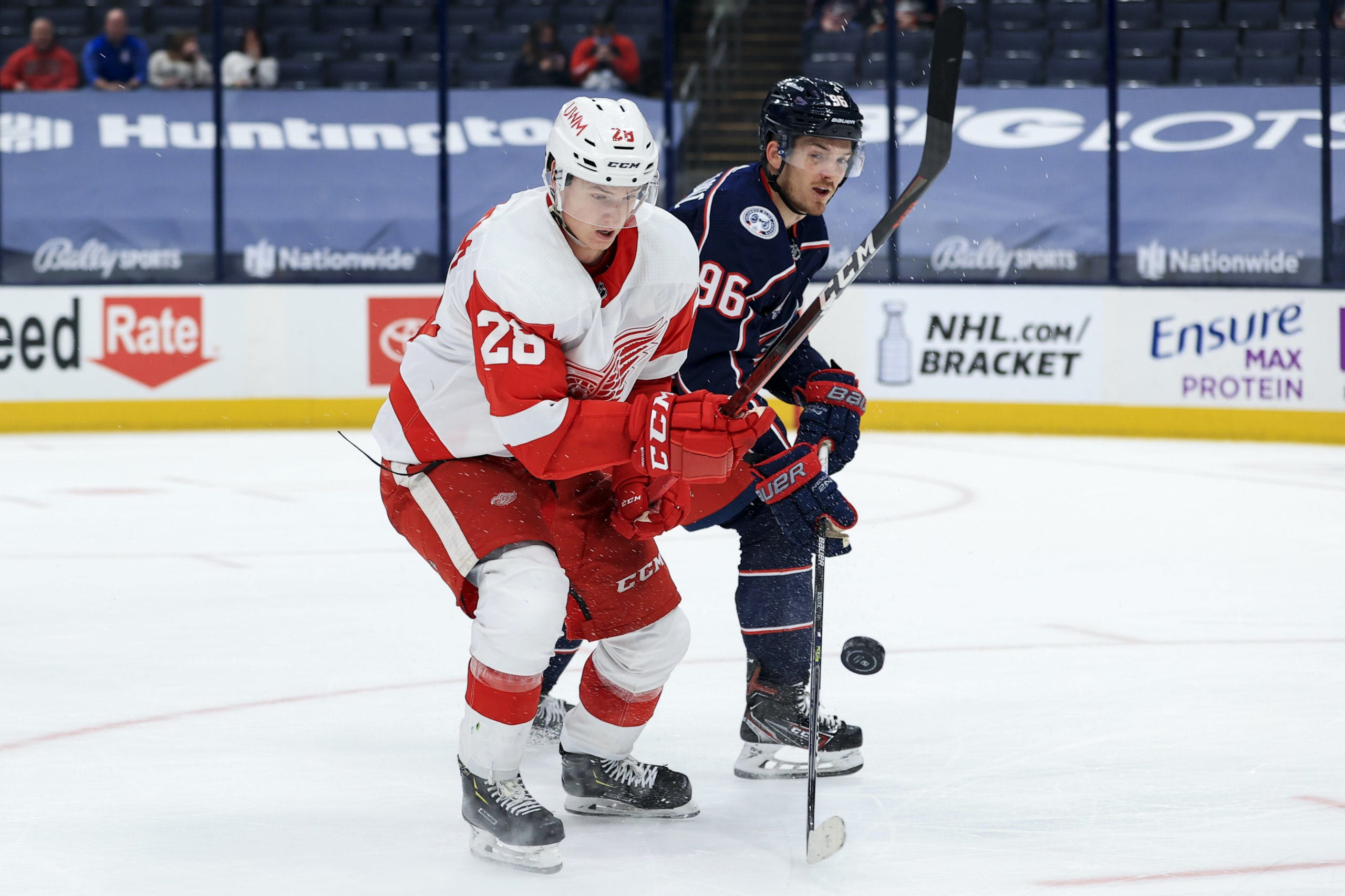 By Mike Gould
1 year ago
The next chapter in the long-standing Ohio/Michigan rivalry will be written Saturday when the Detroit Red Wings, undefeated in the 2021 NHL pre-season, face the visiting Columbus Blue Jackets at Little Caesars Arena.
Yes, it’ll only be an exhibition hockey game — hardly the same as a Buckeyes/Wolverines matchup on national television — but there should still be plenty of storylines to help keep fans invested. You’ll be able to watch this one on Bally Sports Detroit+ just after 7:00 p.m. ET.

If Larkin plays, he’ll obviously be a main point of attention for home and visiting fans. A DeKeyser debut would also be intriguing: He’s entering a contract year and will undoubtedly be motivated to have another healthy, productive year after only missing nine games last season.
Blue Jackets center Jack Roslovic will play his second game of the pre-season after picking up an assist and logging over 20 minutes of ice time in Columbus’ 5-4 shootout loss to Buffalo on Sept. 28. The Ohioan scored 12 goals and 34 points in 48 games with his hometown Blue Jackets after being dealt by the Winnipeg Jets last season.
Uncategorized
Recent articles from Mike Gould