Red Wings’ Jakub Vrana returns to practice, will be re-evaluated in mid-February 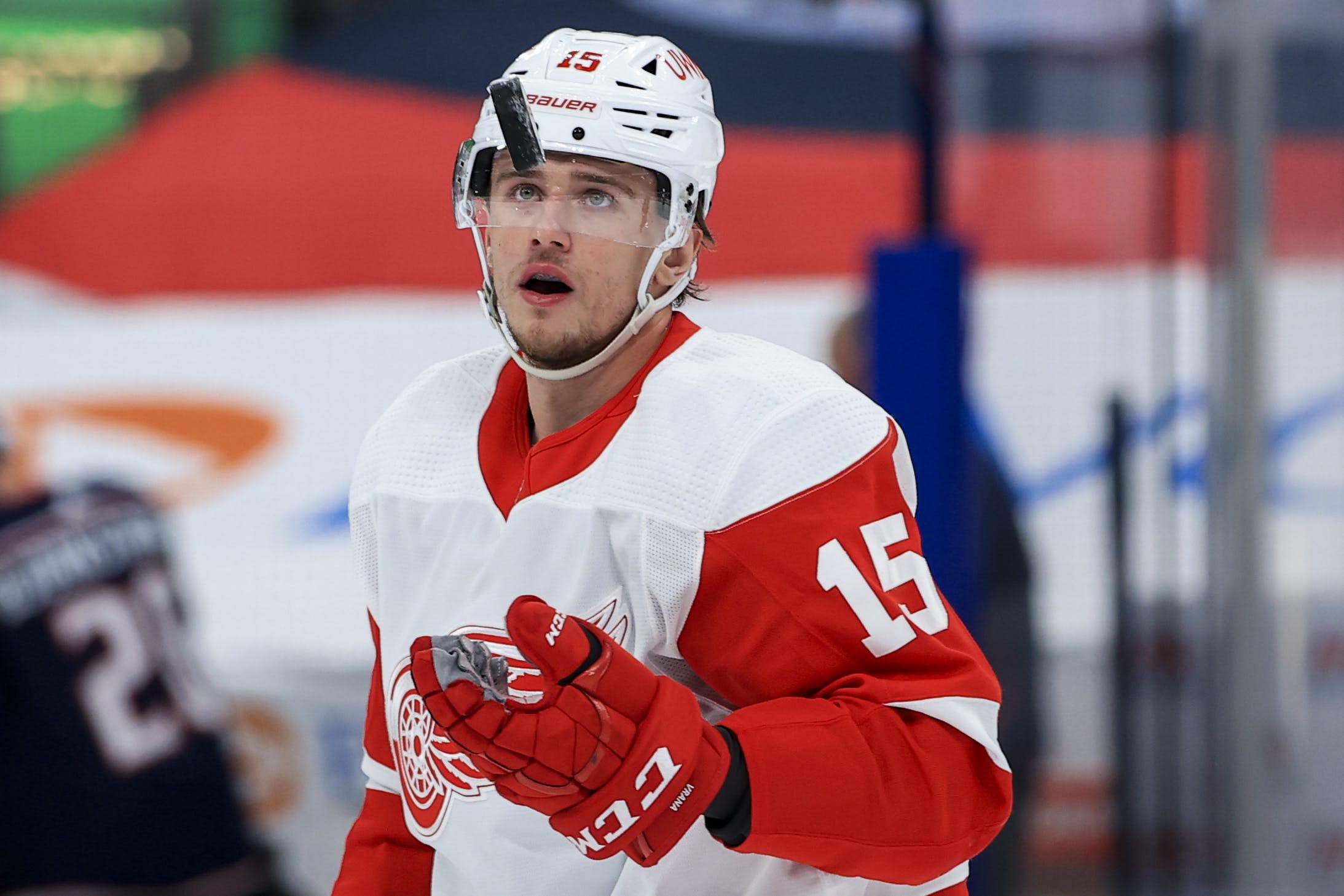 By Thomas Hall
10 months ago
A familiar face returned to practice Thursday as the Detroit Red Wings welcomed back forward @Jakub Vrana, who’s missed the entire season thus far after undergoing shoulder surgery last October.
Rejoining his teammates for practice, Vrana, 25, donned a non-contact jersey but was seen testing his shoulder by participating in shooting drills. Afterwards, coach Jeff Blashill revealed that the left-hander had been cleared to shoot pucks, however, he remains unavailable for any contact drills.
Additionally, Blashill confirmed Vrana will visit his surgeon in mid-February to determine the next steps of his recovery process. At which point, the team hopes to provide a timeline for his return to game action.
Vrana, who was acquired by Detroit in a mid-season trade with the Washington Capitals last season, had been previously bothered by this shoulder injury and reaggravated it during training camp. Shortly after, the club announced he’d require surgery to correct the issue, which was expected to sideline him for at least four months.
Now, almost exactly four months later, there’s still no immediate timeline for the 6’0″ forward’s return.
After joining the Red Wings at the trade deadline in 2020-21, Vrana averaged 17:16 minutes of ice-time per game across 11 contests, posting eight goals and 11 points. In addition, he also registered 32 shots on goal, five takeaways, four blocks and a trio of hits.
Last offseason, the Czechia native signed a three-year, $15.75-million contract extension and was extended through 2023-23. Once his current deal expires, he’ll become an unrestricted free agent for the first time in his career.
Coming off an 8-5 defeat against the Chicago Blackhawks, Detroit will look to snap its current three-game losing streak during the first half of a back-to-back series against the Pittsburgh Penguins, beginning Saturday at 7:00 pm ET.
News
Recent articles from Thomas Hall