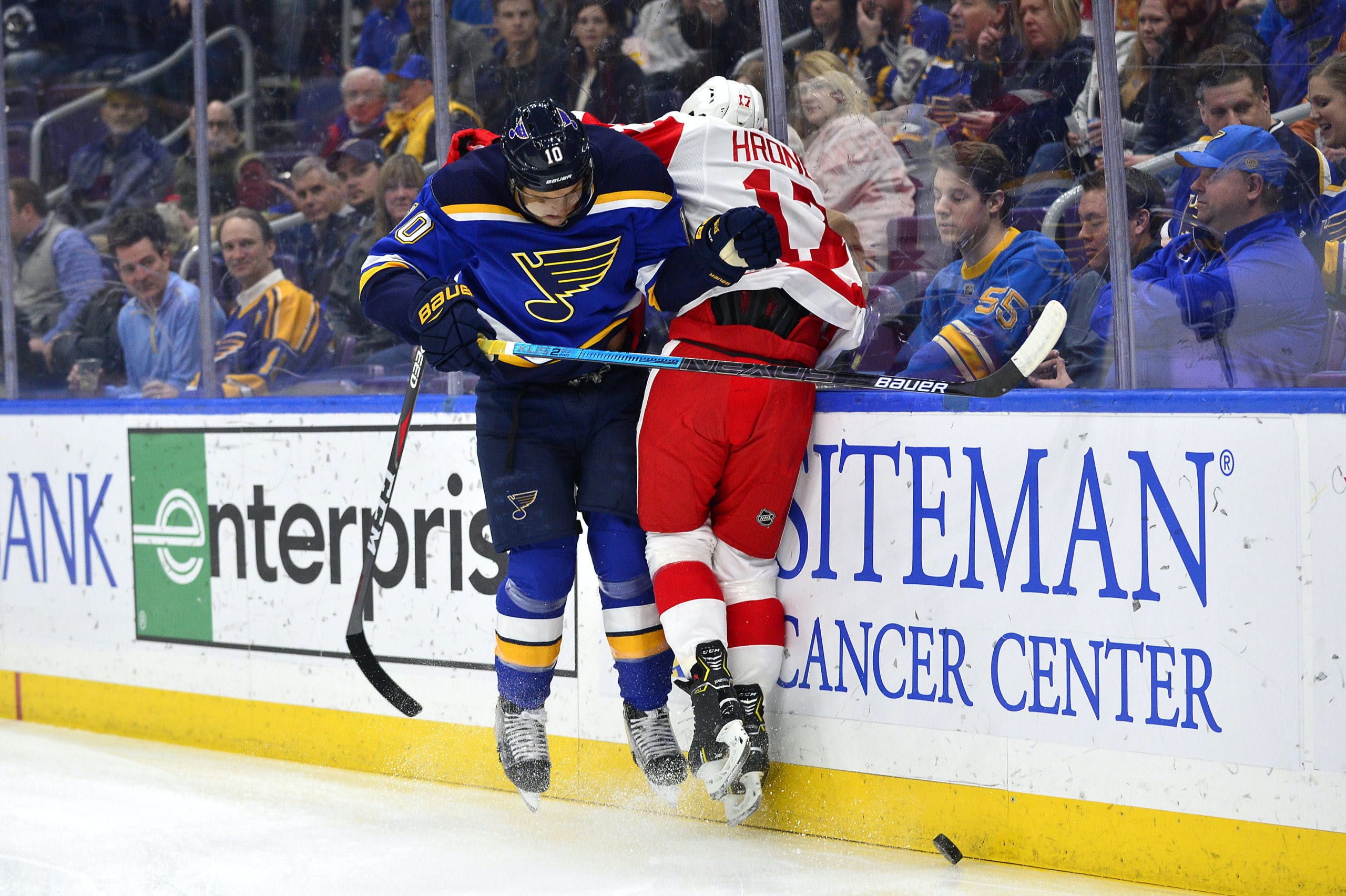 By Mike Gould
11 months ago
After seeing their five-game winning streak end with a 5–2 loss to the Nashville Predators on Tuesday, the Detroit Red Wings will look to start a new run against the bruised and battered St. Louis Blues.
St. Louis is currently without regulars @Robert Thomas, @David Perron, @Tyler Bozak, @James Neal, @Justin Faulk, @Jordan Binnington, and @Ville Husso. Despite dressing just 17 skaters on Tuesday, the Blues managed to defeat the Florida Panthers (!!) in overtime by a 4–3 score.
Detroit has a relatively full lineup. Defenseman @Moritz Seider checked out of Tuesday’s loss early due to injury but is expected to play in St. Louis.
@Robby Fabbri and @Michael Rasmussen scored for Detroit against the Predators. @Alex Nedeljkovic stopped 28 of 32 shots in the loss; Predators goalie @David Rittich only had to make 14 saves for his second win in Nashville colours.
This will be the second meeting between Detroit and St. Louis this season. The Red Wings previously defeated the Blues 4–2 on Nov. 24, with @Alex Nedeljkovic making 35 saves and @Adam Erne scoring the game-winning goal.

Detroit: The wait is over (again) for @Michael Rasmussen, who snapped an eight-game goalless drought by scoring Detroit’s second goal on Tuesday. The 22-year-old center has just two goals in 26 games this year but has provided most of his value in the defensive zone.
St. Louis: One of the NHL’s premier Michigan-born players is slated to participate in Thursday’s game: @Torey Krug, who currently has 10 points in 20 games with the Blues this season. The 30-year-old Livonia product is in the second season of the seven-year, $6.5 million AAV contract he signed with St. Louis on Oct. 9, 2020.

Thursday’s Red Wings game will be broadcast on Bally Sports Detroit starting at 8:00 p.m. ET. It’ll be sent over the airwaves on WXVT-FM 97.1 “The Ticket” in the Detroit area, as well as on the Red Wings’ official website.