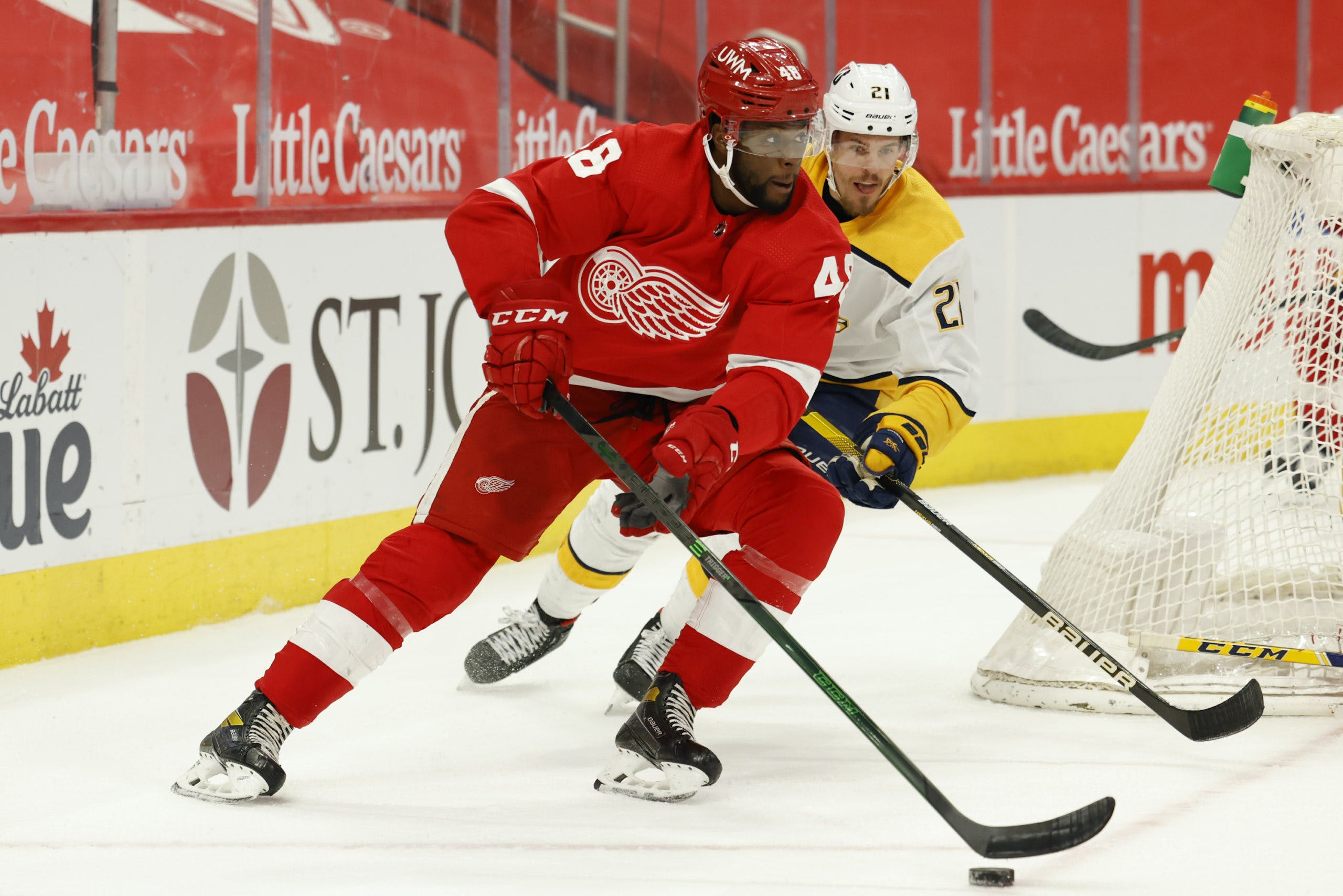 By Thomas Hall
1 year ago
Completing one final piece of business ahead of training camp, which opens on Sep. 23, the Detroit Red Wings have re-signed forward @Givani Smith to a two-year contract extension.
Smith, 23, completed his entry-level contract at the end of last season and became a restricted free agent for the first time in his young career earlier this off-season. Now signed for the next two seasons, the 6’2″ forward will remain under contract through 2022-23, although the financials of his deal weren’t released publicly.
Once this current deal expires, Smith will feature two additional seasons of restricted free agency before becoming eligible for unrestricted free agency following the 2024-25 campaign, according to PuckPedia.com.
After splitting the 2019-20 season between the National Hockey League and the American Hockey League, the former second-round selection did so for a second consecutive season in 2020-21, where he participated in 16 games with the Red Wings and 25 with the Grand Rapids Griffins.
During his brief time in the NHL, Smith averaged 10:35 minutes of ice time per game, producing one goal – a game-winning goal against the Florida Panthers – four points, 28 hits, 20 shots on goal, four blocks and one takeaway.
As for his performance in the AHL, the Ontario native posted nine goals, 15 points and 70 shots on goal.
Detroit will open the 2021 NHL Prospect Tournament against the Dallas Stars on Sep. 16.
News
Recent articles from Thomas Hall