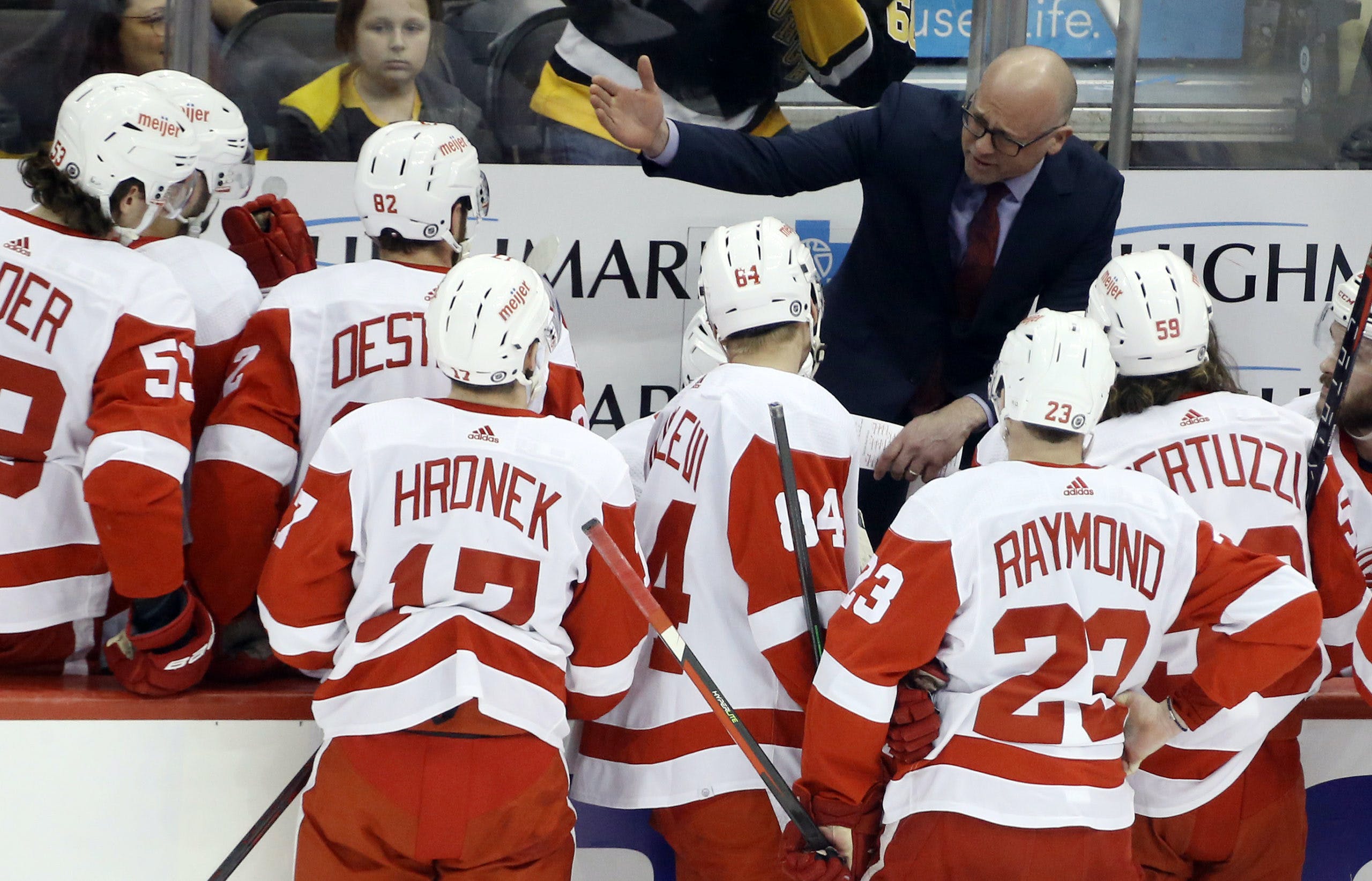 By Mike Gould
7 months ago
It’s finally official: Jeff Blashill’s Detroit Red Wings will miss the playoffs for the sixth consecutive season.
The Red Wings’ fate was sealed on Saturday evening when the Washington Capitals defeated the Pittsburgh Penguins by a 6–3 score. The Capitals improved to 39–22–10 with the victory and, at 88 points, are now definitively out of the Red Wings’ reach.
Washington currently occupies the eighth and final playoff spot in the National Hockey League’s Eastern Conference. The Red Wings (28–34–9) have struggled to find their footing for the majority of the season and had looked destined to ultimately miss the post-season for weeks, if not months, leading up to Saturday’s action.
Under Blashill, the Red Wings have missed the playoffs in six out of seven seasons. Dating back to his first season with the club, Blashill — the NHL’s second-longest-tenured head coach — has a 200–255–71 record as Red Wings bench boss.
The Red Wings took to the ice against the Columbus Blue Jackets shortly after being eliminated on Saturday. In @Mitchell Stephens’ first game with the team after a five-month stint on injured reserve, the Red Wings are currently tied 1–1 with the Blue Jackets in the second period.