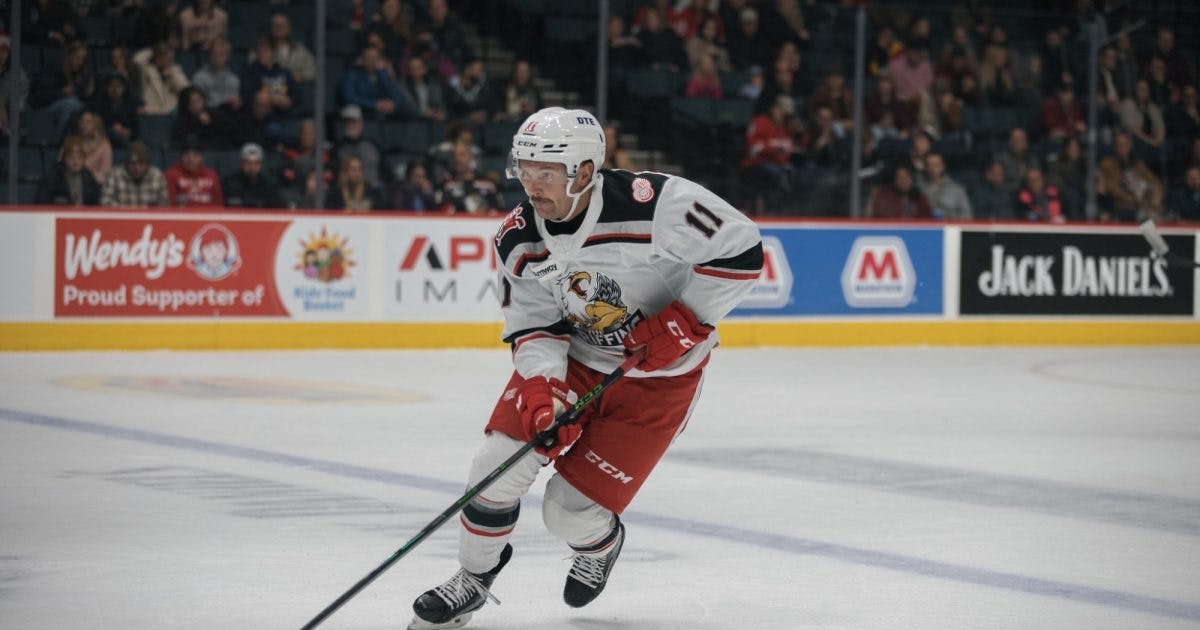 By Thomas Hall
7 months ago
Coming off a 4-3 victory over the Tampa Bay Lightning, the Detroit Red Wings have sent down forward @Riley Barber to the Grand Rapids Griffins of the American Hockey League, the club announced Wednesday.
Barber, 28, was promoted to the National Hockey League on Apr. 17 and suited up for the Red Wings at home against the Florida Panthers. He logged 12:28 minutes of ice-time, registering a pair of shots on goal and hits in that contest.
Now, the right-hander will attempt to help the Griffins surge into a playoff spot before the regular season concludes. Currently, Grand Rapids sits just one point behind the Iowa Wild, who hold the final seed in the Central Division.
In 44 AHL games this season, Barber has posted 19 goals and 42 points. The veteran skater is just one goal away from reaching 20 markers for the fourth time over his last five campaigns.
For Detroit, this current two-game road trip will finish in Florida on Thursday, beginning at 7:00 p.m. ET.
News
Recent articles from Thomas Hall