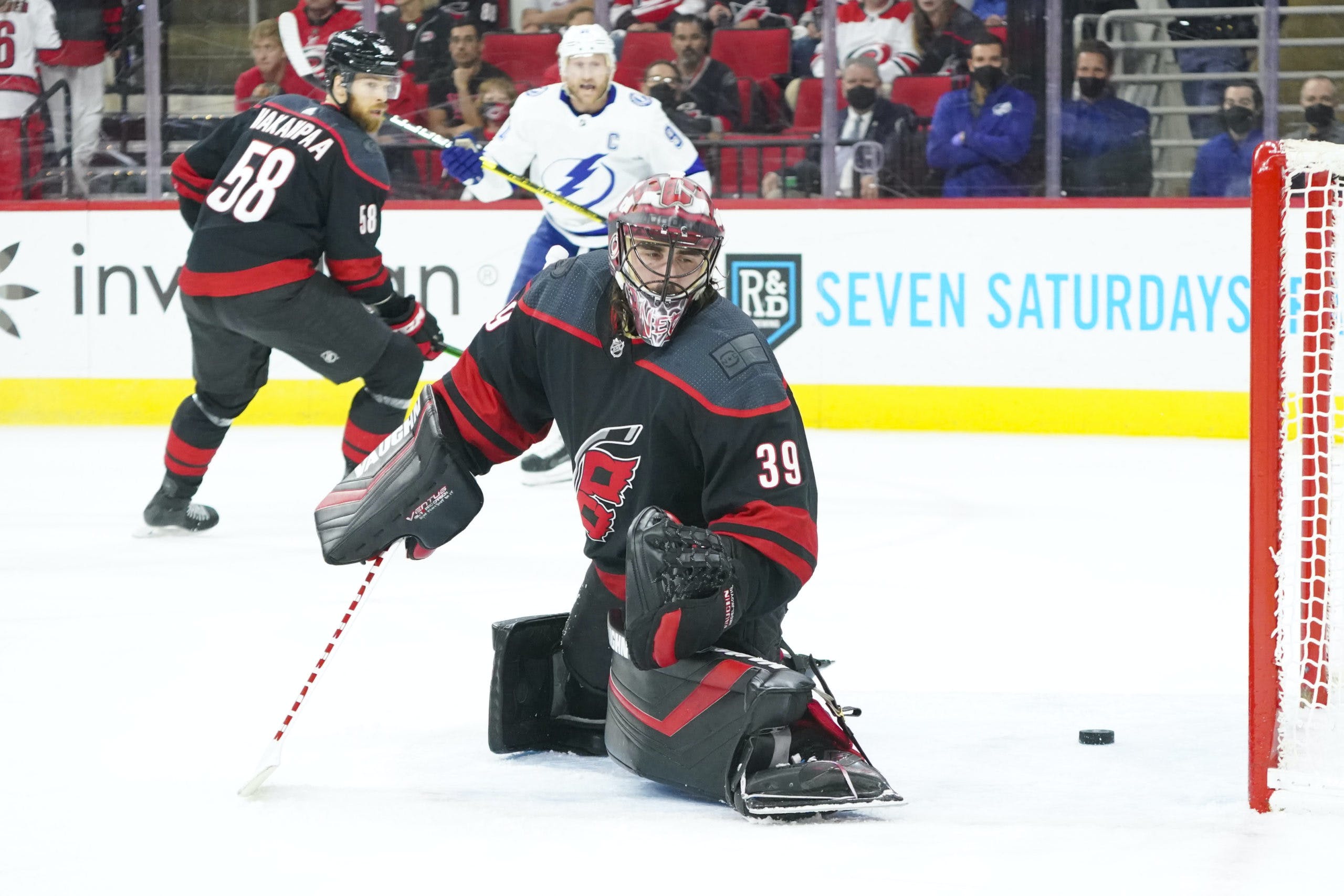 By Thomas Hall
1 year ago
With the expansion draft concluded, the league’s trade freeze was lifted at 1 pm ET on Thursday and the Detroit Red Wings didn’t waste any time making a massive move as they acquired goaltender @Alex Nedeljkovic from the Carolina Hurricanes.
In total, the Red Wings sent goaltender @Jonathan Bernier’s rights and the 2021 third-round pick they received from the Las Vegas Golden Knights in exchange for Nedeljkovic, 25, who was originally slated to become a restricted free agent this off-season.
Shortly after finalizing this trade, the Red Wings announced they had signed Nedeljkovic to a two-year, $6 million contract extension, according to PuckPedia.com. As a result, the former second-round pick will carry a cap hit of $3 million per season through 2022-23.
With fellow goaltender @Thomas Greiss under contract for just one more season, it’s expected that Nedeljkovic will compete for the starting role in 2021-22 and could become the undisputed No. 1 netminder heading into the 2022-23 campaign.
Enjoying a breakout performance this past season, the Ohio native performed to a 15-5-3 record, producing career-bests in goals-against average (1.90), save percentage (.932) and shutouts (three) through 23 games.
Making his first playoff appearance, Nedeljkovic won four of his nine postseason starts, posting a 2.17 goals-against average, a .920 save percentage and one shutout.
Detroit is scheduled to select sixth overall in the first round of the 2021 NHL Draft.
News
Recent articles from Thomas Hall