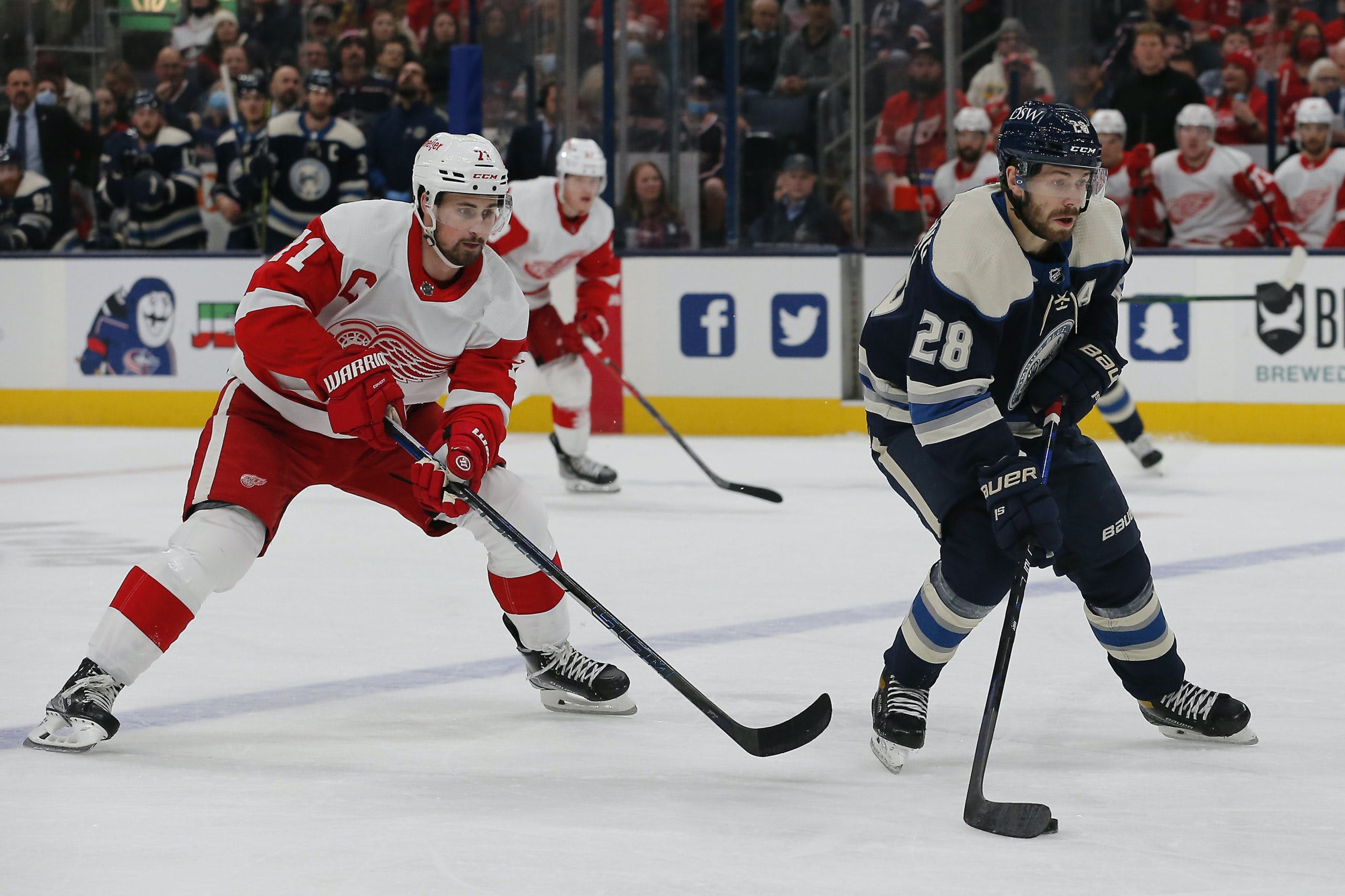 By Mike Gould
1 year ago
@Dylan Larkin and @Lucas Raymond both tallied a goal and an assist in the Detroit Red Wings’ 5–3 loss to the Columbus Blue Jackets on Monday evening.
Red Wings goaltender @Thomas Greiss allowed four goals on 37 shots in the loss. @Michael Rasmussen also scored for Detroit, which fell to 8–7–2 with the defeat. Rasmussen’s goal was his first in 17 games this season.
@Boone Jenner, @Adam Boqvist, @Yegor Chinakhov, @Zach Werenski, and @Alexandre Texier scored for Columbus, which outshot Detroit by a 38–27 margin in the game.
Raymond gave the Red Wings a short-lived 3–2 lead with just 6:29 remaining in the third period, receiving a pass in the slot from @Tyler Bertuzzi and immediately firing a shot past Blue Jackets goaltender @Elvis Merzlikins for his seventh goal of the season.
Just over two minutes after Raymond’s go-ahead goal, a Columbus rookie scored to draw his team even. Chinakhov, the Blue Jackets’ 2020 first-round pick, tallied his first National Hockey League goal — assisted by @Jakub Voracek and fellow first-year @Cole Sillinger — to tie the game at the 15:42 mark of the frame.
Disaster struck for Detroit as time ticked down in regulation. With just 79 seconds remaining in the third period, Werenski beat Greiss with a long-range wrister to give Columbus its first lead of the game.
Texier added an empty-netter to seal the victory for the home side. Detroit managed just one shot on goal with Greiss on the bench.
The Red Wings will return to action on Nov. 16 to take on the struggling Dallas Stars at American Airlines Center. Dallas boasts a 5–6–2 record through 13 games this season.

RED WINGS RECAP BROUGHT TO YOU BY DAILYFACEOFF