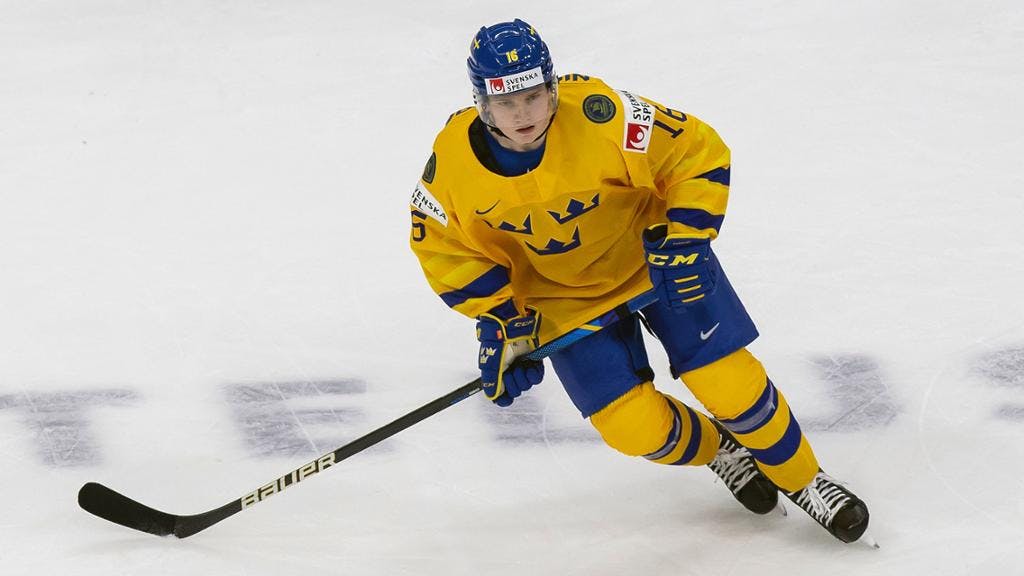 By Mike Gould
11 months ago
Detroit Red Wings prospect Theodor Niederbach scored his second goal in as many games early in Monday’s contest against Team Slovakia.
With Team Sweden on its first power play of the game, Niederbach received a pass from William Eklund in the slot and hammered the puck past Slovak goaltender @Simon Latkoczy to open the scoring.
Los Angeles Kings prospect Helge Grans recorded the secondary helper on Niederbach’s second goal of the tournament (and his fourth WJC goal in seven career games).
Niederbach is one of two Detroit Red Wings prospects playing for Sweden against Slovakia. Simon Edvinsson, who Detroit selected sixth overall in 2021, is still searching for his first point of Monday’s contest after recording a goal and two assists against Team Russia on Boxing Day.
Sweden currently leads Slovakia by the same 1–0 score late in the first period, with Niederbach’s goal the difference for the time being. The Red Wings selected Niederbach, a 5’11” right wing from the coastal Swedish town of Bjästa, with the 51st overall pick in the 2020 Draft.
Uncategorized
Recent articles from Mike Gould