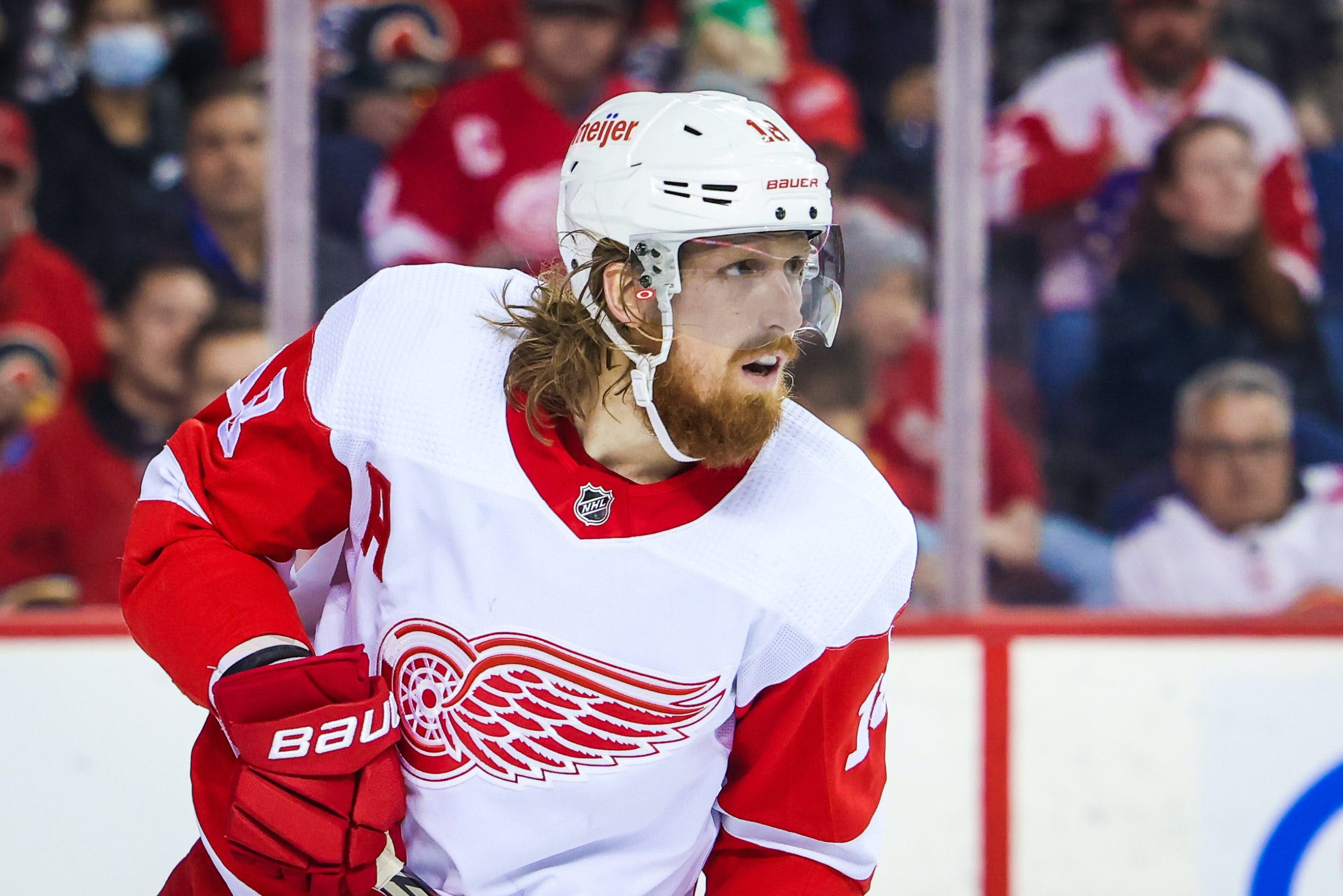 By Mike Gould
8 months ago
Pending unrestricted free agent defenseman @Marc Staal did not practice for the Detroit Red Wings on Monday.
Staal could be among the Red Wings players on the market as the trade deadline nears. The 35-year-old left-handed defender has three goals and 12 points in 55 games with the Red Wings this season, his second with the team.
Fellow pending UFA defenseman @Nick Leddy did skate for Detroit on Monday despite being held out of Detroit’s last two games as an “asset protection” move. Leddy, who is widely expected to be traded prior to the deadline, has one goal and 16 points in 55 games with the Wings in 2021–22.
Leddy, 30, is signed through the end of this season at a $5.5 million cap hit. The Red Wings would likely have to retain a significant chunk of his remaining salary to find a suitor on the trade market.
Staal’s $2 million cap hit should be much more palatable, but his contract also includes a full no-movement clause. (Leddy’s deal does not have any trade protection).
Without Staal in the rotation, Danny DeKeyser slotted in next to @Moritz Seider on the Red Wings’ top pairing during Monday’s skate. Pending UFAs DeKeyser, Leddy, @Sam Gagner, and @Vladislav Namestnikov all practiced for Detroit.
The 2022 National Hockey League trade deadline will come to pass at 3:00 p.m. ET on Monday.