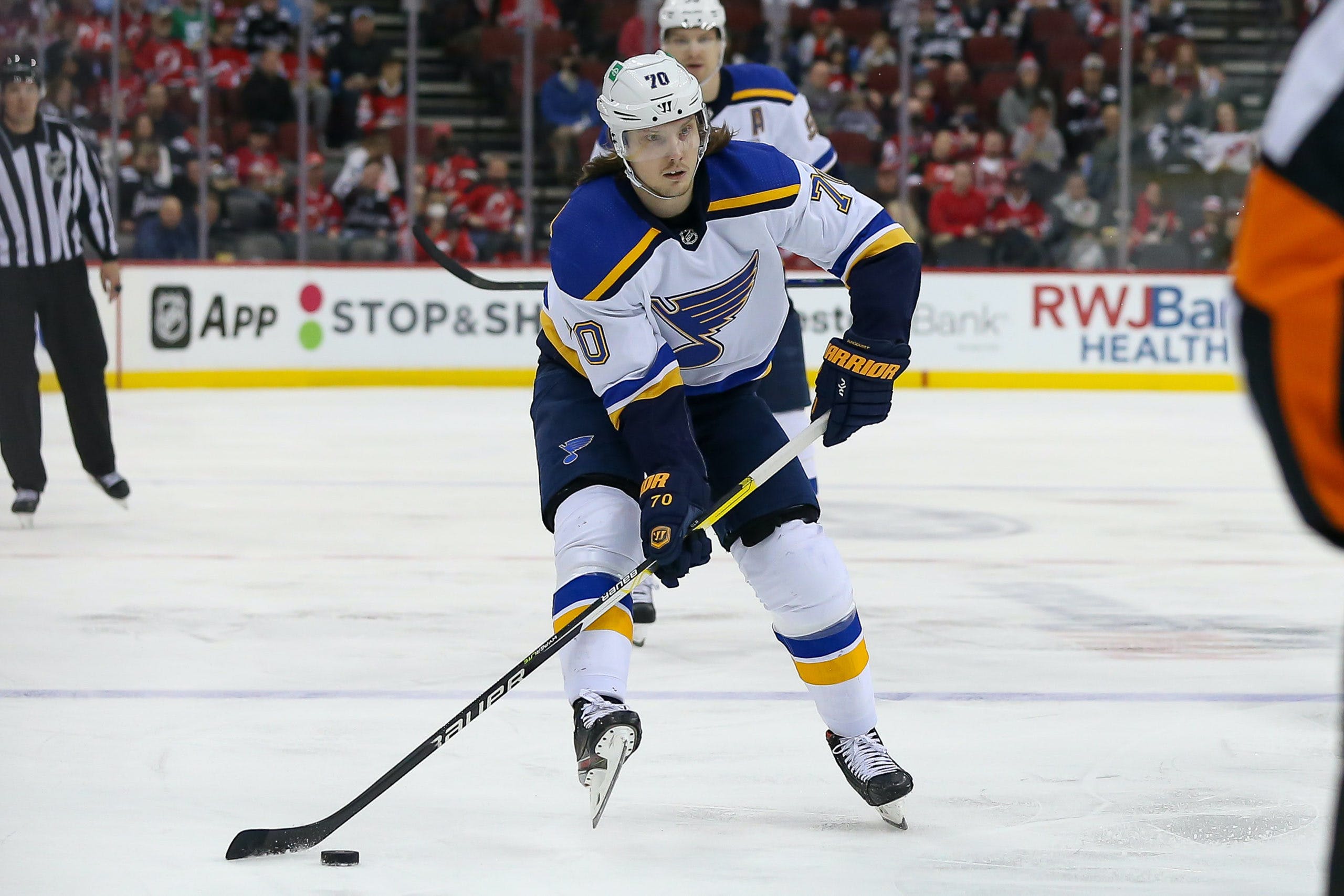 By Thomas Hall
8 months ago
Just one day after the 2022 Trade Deadline, the Detroit Red Wings are set to welcome two new additions to their lineup Tuesday, as forward @Oskar Sundqvist and defenseman @Jake Walman will make their debuts against the Philadelphia Flyers.
Following Tuesday’s morning skate, coach Jeff Blashill confirmed his two newest skaters will be in action at Little Caesars Arena, with Sundqvist moving from center – his natural position – to right wing.
On Monday, Detroit acquired Sundqvist, Walman and a 2023 second-round pick from the St. Louis Blues in exchange for defensemen @Nick Leddy and @Luke Witkowski.
Sundqvist, 27, was in the midst of his fifth campaign with the Blues and is joining his third organization in seven NHL seasons. In 2021-22, the 6’3″ forward has logged 13:21 minutes of ice-time per night across 41 contests.
Prior to this trade, the right-hander had posted four goals, 15 points, 50 shots on goal, 49 hits, 19 blocks, 10 takeaways and a 46.6 percent face-off percentage.
In the third season of his four-year, $11-million contract, Sundqvist is under team control through 2022-23 and features a $2.75 million cap hit per season.
As for Walman, 26, the 6’1″ blueliner has appeared in 57 career games through three NHL campaigns. In total, the left-hander has registered four goals, eight points, 48 shots on goal, 26 blocks, 21 hits and five takeaways.
The Toronto, Ontario, native is in the final season of his two-year, $1.45-million deal and is slated to become a restricted free agent with arbitration rights this offseason.
Detroit will begin its mini one-game homestand Tuesday as Philadelphia visits, beginning at 7:30 pm ET.