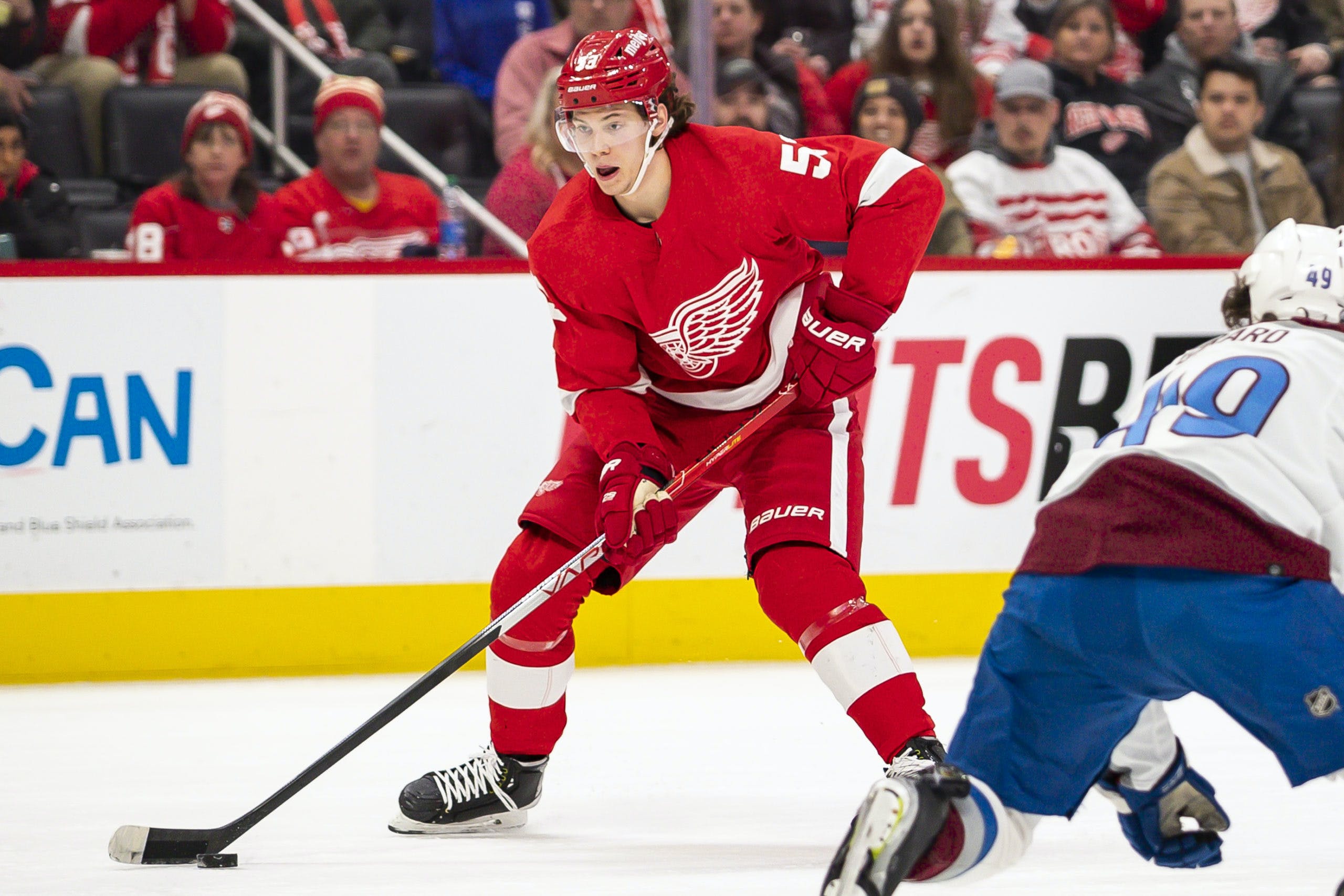 By Mike Gould
8 months ago
Most losses come with silver linings. (So did the Detroit Red Wings’ reverse retro jersey, but let’s not talk about that right now).
Detroit’s boys fell to the Colorado Avalanche by a 5–2 score on Wednesday, but the play from the game that most fans will remember worked in the Red Wings’ favour — and served as a reminder that we haven’t even seen the best of @Moritz Seider.
Remember, Seider is 20. T-w-e-n-t-y. He has played in 52 National Hockey League games. How many more experienced NHLers would have the wherewithal to try the play Seider successfully pulled off to set up the Red Wings’ first goal of Wednesday’s game?
The Red Wings entered the second period against the Avalanche down 2–0. Halfway into the middle frame, Red Wings captain @Dylan Larkin managed to spring Seider on an odd-man rush with @Lucas Raymond and @Filip Zadina.
Skating down the right side of the ice, Seider surveyed his options. @Samuel Girard took away the passing lane toward Raymond; Zadina, as the trailer on the play, was in an awkward position to receive a direct pass from Seider.
Seider still managed to find Zadina with a pass. Get this, though: he did so by banking the puck off the right pad of Avalanche goaltender @Pavel Francouz.
As Red Wings color commentator Mickey Redmond rightly pointed out, Seider was in no way attempting to score on Francouz with that “shot.” His high-IQ passing play worked to perfection: Francouz kicked the puck directly onto the tape of Zadina, who easily “one-timed” it into the goal.
Larkin picked up the secondary helper on Zadina’s seventh goal of the season. The 22-year-old winger now has three goals and five points in his last nine games.
Aside from Zadina’s marker, Francouz was only beaten once (by @Robby Fabbri) in Wednesday’s contest. @Gabriel Landeskog scored twice for the Avalanche, with @Tyson Jost, @Nazem Kadri, and @Valeri Nichushkin also getting in on the fun. In his return to Detroit, longtime Red Wings forward @Darren Helm picked up an assist.
Kadri’s goal — which was also his team-leading 64th point of the season — eventually stood as the game-winner.
Francouz made 32 saves for his eighth win of the 2021–22 season. The 31-year-old goaltender now has an 8–2–0 record and a .923 save percentage in 10 appearances this year after missing all of 2020–21 with a hip injury.
At the other end of the ice, Red Wings netminder @Thomas Greiss allowed four goals on 30 shots in the loss. The 36-year-old pending unrestricted free agent now owns an 8–8–0 record and a .900 save percentage in 19 games this season.
The Avalanche added to their cushion atop the NHL standings with the win, improving to a 37–10–4 record 78 points in 51 games. The Red Wings remained in fifth place in the Atlantic Division, falling to 23–23–6 through 52 games and remaining at 52 points.
Detroit will remain inactive on Thursday and Friday before returning to action to host the Toronto Maple Leafs on Saturday at 7:30 p.m. ET.