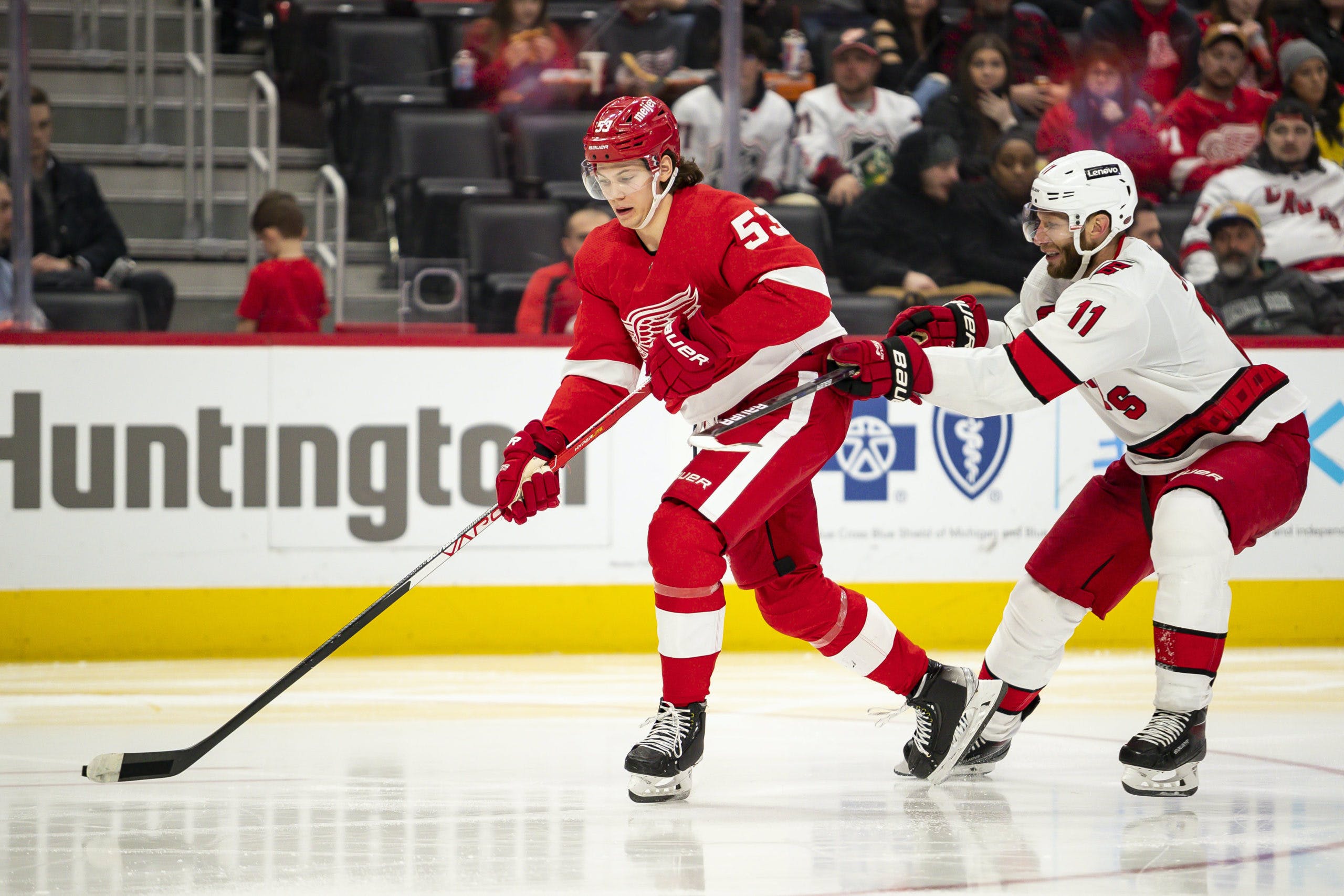 By Mike Gould
9 months ago
Detroit Red Wings defenseman @Moritz Seider set a new franchise record during Tuesday’s game against the Carolina Hurricanes — and he waited to do so until the final possible moments.
The 20-year-old rearguard picked up the secondary assist on @Lucas Raymond’s game-winning overtime goal (which came with just eight seconds remaining in the extra frame) to extend his individual point streak to seven games.
In doing so, Seider surpassed Reed Larson — who scored points in six consecutive games during the 1977–78 season — as the rookie defenseman with the longest scoring streak in Red Wings history.
Seider also became the fourth National Hockey League rookie to reach the 40-point plateau in 2021–22, following Red Wings teammate @Lucas Raymond (who achieved the feat first), Toronto Maple Leafs winger @Michael Bunting, and Anaheim Ducks center @Trevor Zegras.
Raymond, Bunting, and Zegras are all forwards; Seider managed to reach 40 points within days of all three of them despite being a defenseman. The product of Zell, Germany has 11 points during his seven-game point streak and currently ranks fourth in Red Wings team scoring with exactly 40 points (five goals, 35 assists) in 54 games.
Seider wasn’t the only Red Wings rookie to make his way into the record books during Tuesday’s game. With his overtime winner, Raymond joined Seider and @Anthony Mantha as the only Red Wings players to score multiple overtime goals during their rookie seasons.
The Red Wings defeated the Hurricanes by a 4–3 score on Tuesday. @Carter Rowney, @Michael Rasmussen, @Dylan Larkin, and Raymond scored for the victorious home side, which improved to 24–24–6 on the season; Carolina suffered just its 16th loss of the season, falling to 37–11–5.