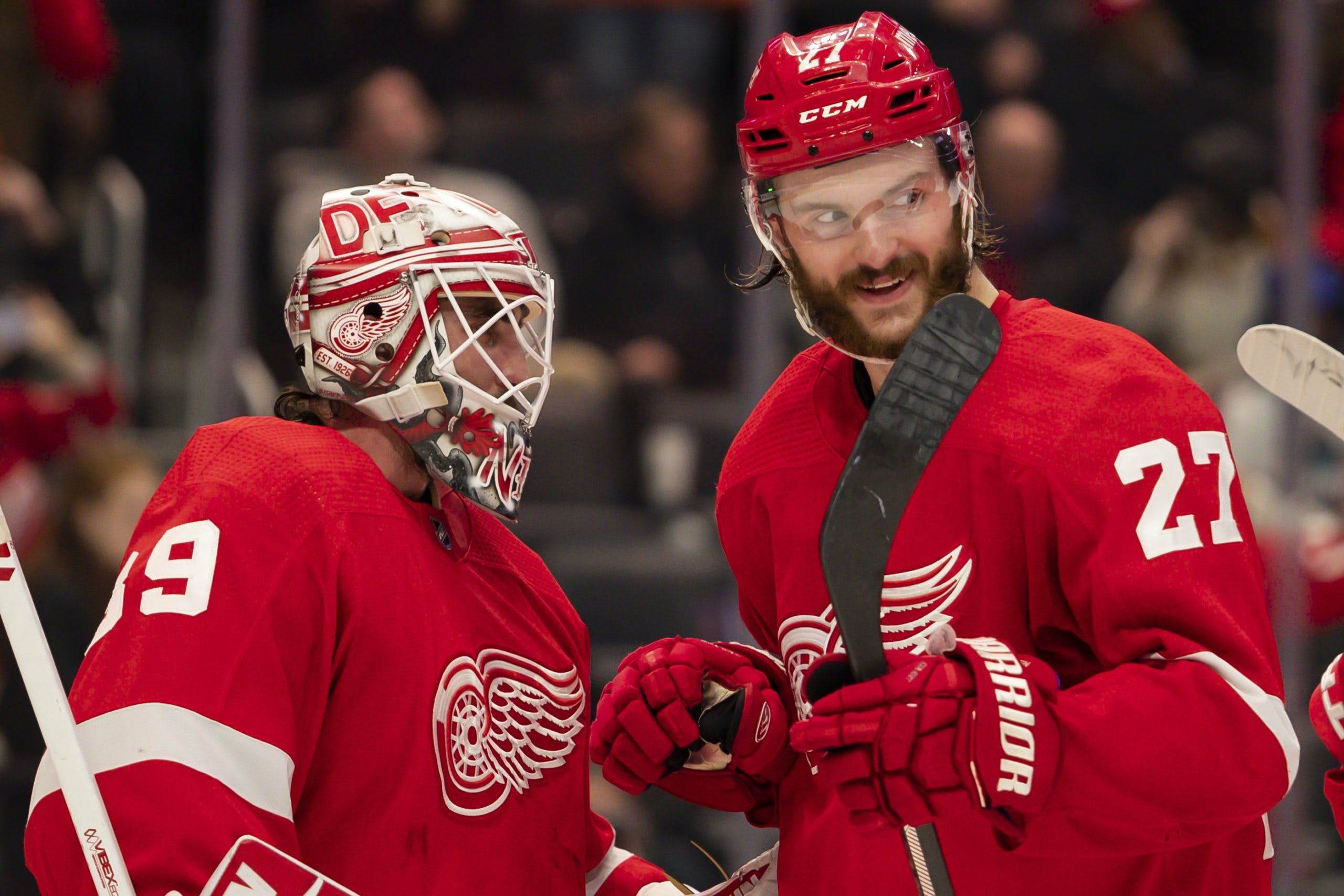 By Mike Gould
11 months ago
@Alex Nedeljkovic stopped 32 of 33 shots and @Michael Rasmussen scored the game-winning goal in the third period as the Detroit Red Wings defeated the New York Islanders by a 2–1 score on Tuesday.
@Dylan Larkin also scored his team-leading 11th goal of the season for Detroit, which improved to 14–12–3 with the victory. @Anders Lee tallied the lone goal for the 7–12–5 Islanders.
Rasmussen’s third goal of the 2021–22 campaign gave the Red Wings a 2–0 lead at the 12:55 mark of the third period. The 22-year-old centre elected to shoot on a two-on-one rush with @Filip Zadina and managed to beat Islanders goaltender @Ilya Sorokin.
@Adam Erne picked up the lone helper on Rasmussen’s marker, which helped the Red Wings snap a three-game losing skid. Rasmussen finished behind only @Filip Zadina (seven) with five shots on goal in the game.
Nedeljkovic played one of his best games in a Red Wings sweater on Tuesday, ultimately posting a .971 save percentage — his second-best mark in a start this season — while holding the Islanders scoreless through the first 57 minutes of regulation.
Lee ultimately solved Nedeljkovic with a crafty deflection at the 17:27 mark of the third period. No matter: Nedeljkovic made two more stops to seal the victory for Detroit, not including a flashy glove save on @Jean-Gabriel Pageau only a split-second after the final buzzer.
Both @Moritz Seider and @Lucas Raymond got on the score sheet in Tuesday’s game with helpers on Larkin’s opening goal in the second period. Raymond currently leads the Red Wings with 25 points in 29 games; with his assist, Seider became the third Red Wing to reach 20 points this season.
The Red Wings will return to action on Dec. 16 when they take on the Carolina Hurricanes, Nedeljkovic’s former team, at PNC Arena in Raleigh.
Uncategorized
Recent articles from Mike Gould