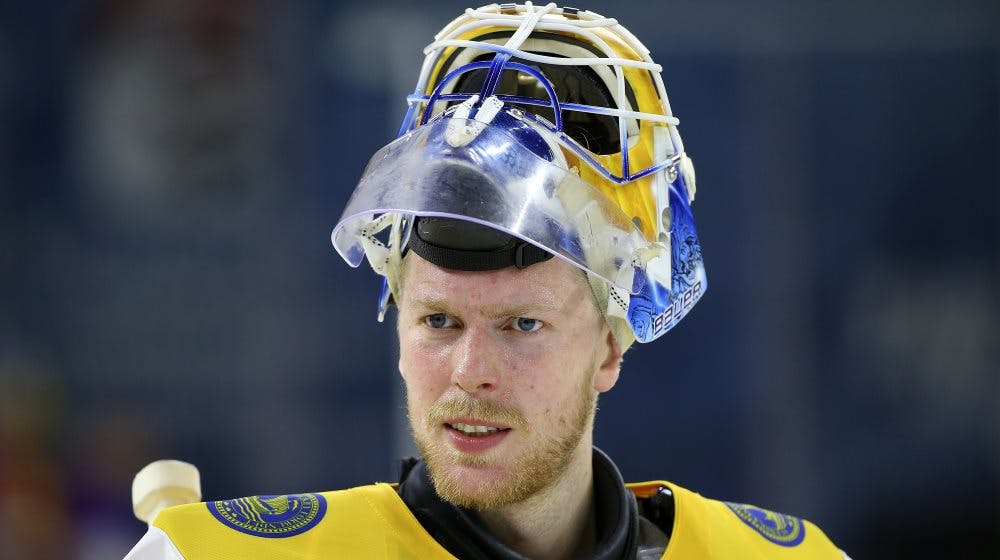 By Mike Gould
6 months ago
Detroit Red Wings goaltender @Magnus Hellberg has continued his strong play at the 2022 IIHF World Championship, posting a shutout in Team Sweden’s 6–0 victory over Team Great Britain on Tuesday.
Hellberg, 31, stopped all 16 shots he faced — including eight in the second period — in the commanding victory for the Swedes.
@Rasmus Asplund and Anton Bengtsson both scored a pair of goals for Team Sweden, with Joakim Nordstrom and Rasmus Dahlin also finding the back of the net.
One of Hellberg’s most impressive saves of the game came during a Great Britain power play in the second period. After stopping a long drive from the point, Hellberg got just enough of Matthew Myers’ rebound shot to deflect the puck off the crossbar.
Hellberg maintained his perfect career record at the World Championship with the victory, improving to 5–0–0 since making his professional Team Sweden debut at the 2018 tournament.
In 2018, Hellberg went 3–0–0 with one shutout while serving as @Anders Nilsson’s backup on Sweden’s gold medal-winning team.
Hellberg appeared in one game with the Red Wings after joining the team in the final month of the 2021–22 season, making 20 saves in a 5–3 victory over the New Jersey Devils on April 29.
The Red Wings signed Hellberg to a one-year, $800,000 deal on April 13. His contract only covered the last three weeks of the 2021–22 season, meaning Hellberg is set to become an unrestricted free agent once again in July.