Hellberg, Suter off to strong starts at the 2022 IIHF World Championship 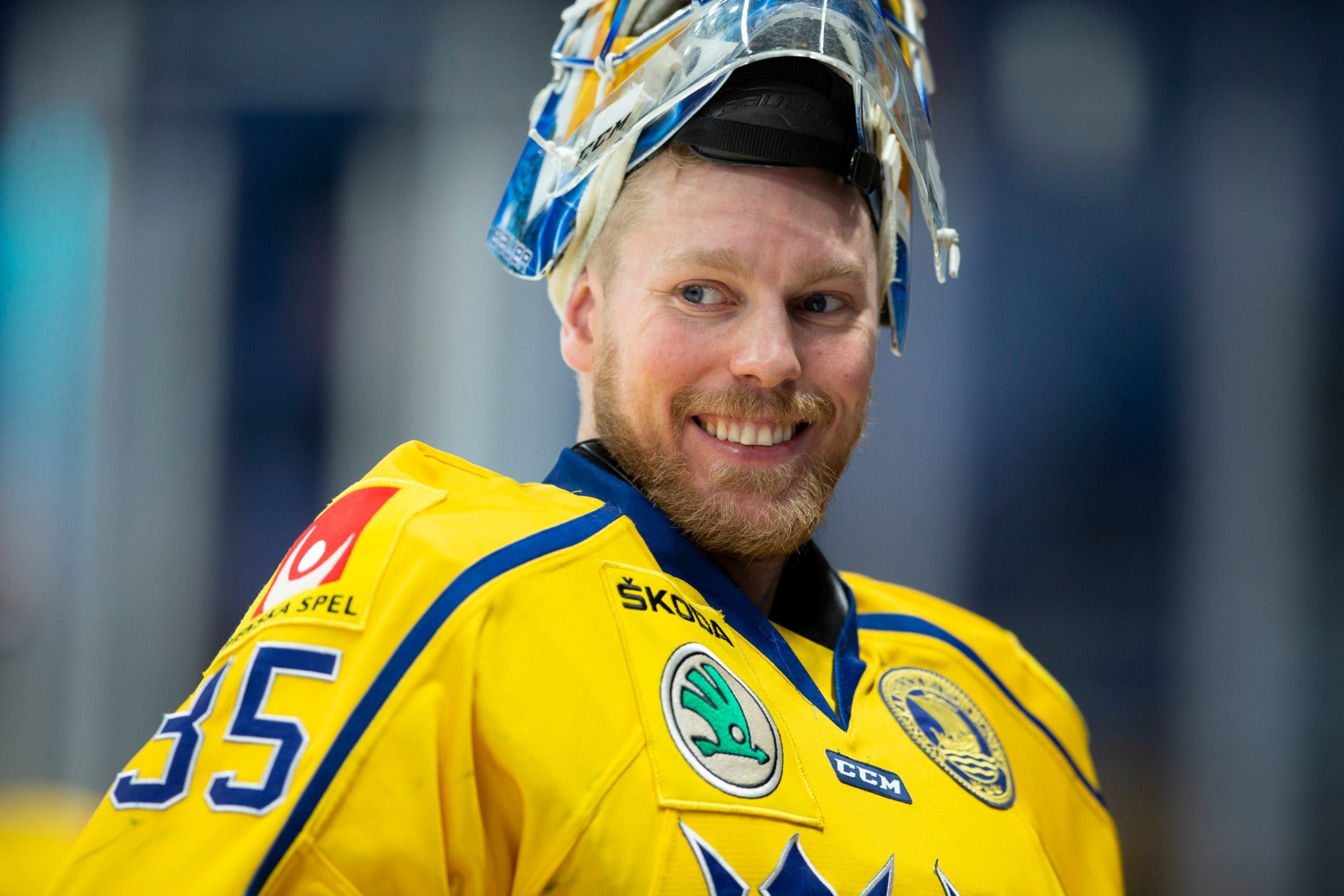 By Mike Gould
6 months ago
Detroit Red Wings goaltender @Magnus Hellberg and forward @Pius Suter both helped their respective national teams to victory on Day 3 of the 2022 IIHF World Championship.
Hellberg, 31, started in goal for Team Sweden on Sunday as they took on Team Czechia at Nokia Arena in Tampere, Finland.
The Swedes defeated the Czechs 5–3 to remain undefeated in group stage play at the 2022 Worlds. Hellberg stopped 18 of the 21 shots he faced for his first victory of the tournament.
The Red Wings signed Hellberg in the final month of the 2021–22 regular season. The 6’6″ goaltender made his debut with the team in the season finale, allowing three goals on 23 shots in a 5–3 win over the New Jersey Devils.
Hellberg, who hails from the medium-sized Swedish city of Uppsala, previously appeared in three World Championship games with the Red Wings in 2018. That year’s tournament took place in Copenhagen and Herning, Denmark.
Although he served as @Anders Nilsson’s backup during elimination play, Hellberg appeared in three games with the Swedes during the 2018 round robin. He went 3–0–0 with an impressive .938 save percentage and ultimately took home a gold medal.
Suter, meanwhile, scored the second World Championship goal of his career to help Team Switzerland defeat Team Denmark 6–0 on Sunday. (His goal can be seen at the 0:59 mark of the video below).
Switzerland, like Sweden, remains undefeated at the 2022 Worlds, with its first victory coming over Team Italy by a 5–2 score on Saturday.
Suter’s goal was confirmed after a brief review process involving officials at the Helsinki Ice Hall. While Danish goaltender Frederik Dichow managed to stop most of Suter’s shot, the puck still trickled across the goal line to make it a 3–0 game early in the second period.
In 10 career World Championship games, Suter has two goals and five points. The 25-year-old center scored 15 goals and 36 points in 82 games with the Red Wings this season.
Group stage action at the 2022 Worlds will continue through May 24, with elimination games scheduled to occur between May 25 and 29.