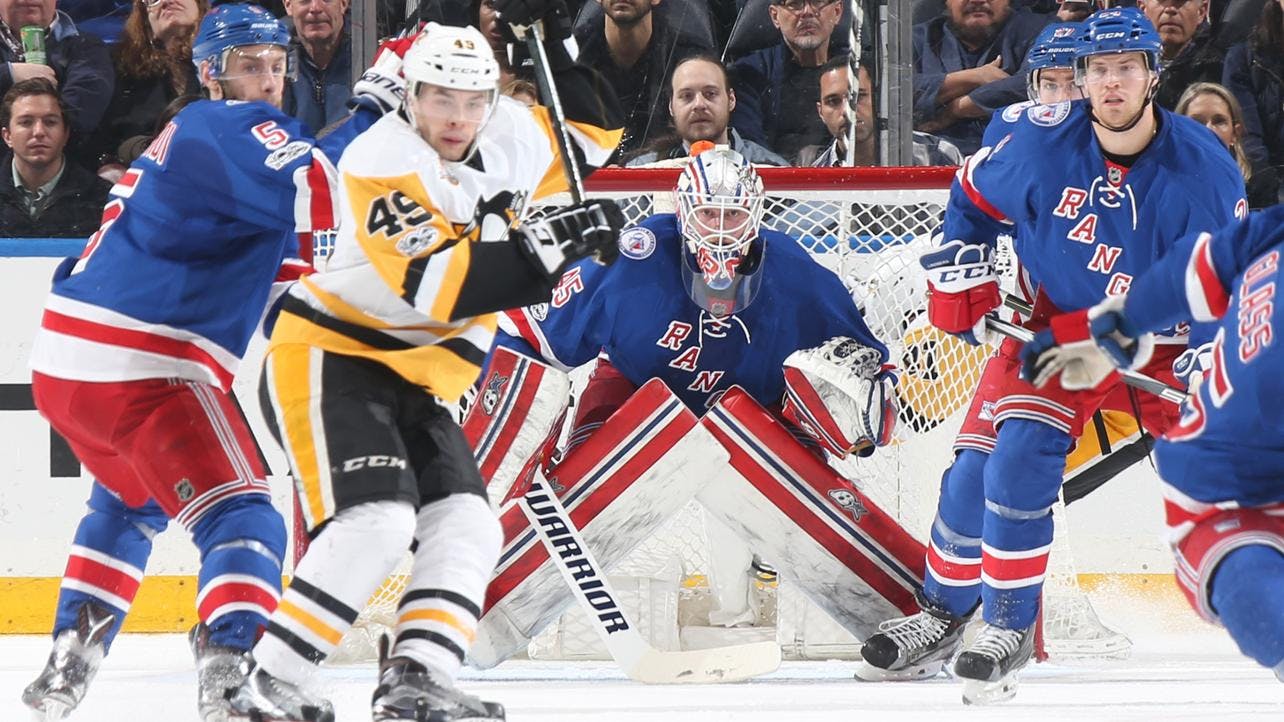 By Mike Gould
7 months ago
Newly-signed Detroit Red Wings goaltender Magnus Hellberg has cleared re-entry waivers, according to a report by Sportsnet’s Elliotte Friedman.
On Wednesday, the Red Wings signed Hellberg to a one-year contract for the rest of the 2021–22 season. The 31-year-old goaltender had already played 37 games with HC Sochi of the Kontinental Hockey League this year, meaning he had to pass through waivers before being eligible to join his new NHL club.
Red Wings head coach Jeff Blashill told The Athletic writer Max Bultman that Hellberg is expected to join the Red Wings on Friday, although it’s unclear when he’ll make his debut with the team or how many games he’ll play down the stretch.
Hellberg has appeared in four NHL games during his long professional career, winning his only start with the New York Rangers in 2016–17. The 6’5″, 209-lb. goaltender was originally drafted by the Nashville Predators in the second round of the 2011 NHL Draft.
In 37 games with HC Sochi this year, the Uppsala, Sweden product posted a 13–20–4 record and a .917 save percentage. As his new NHL contract is only for the remainder of the 2021–22 season, Hellberg will become an unrestricted free agent once again this July.