Jonatan Berggren named AHL Rookie of the Month for April 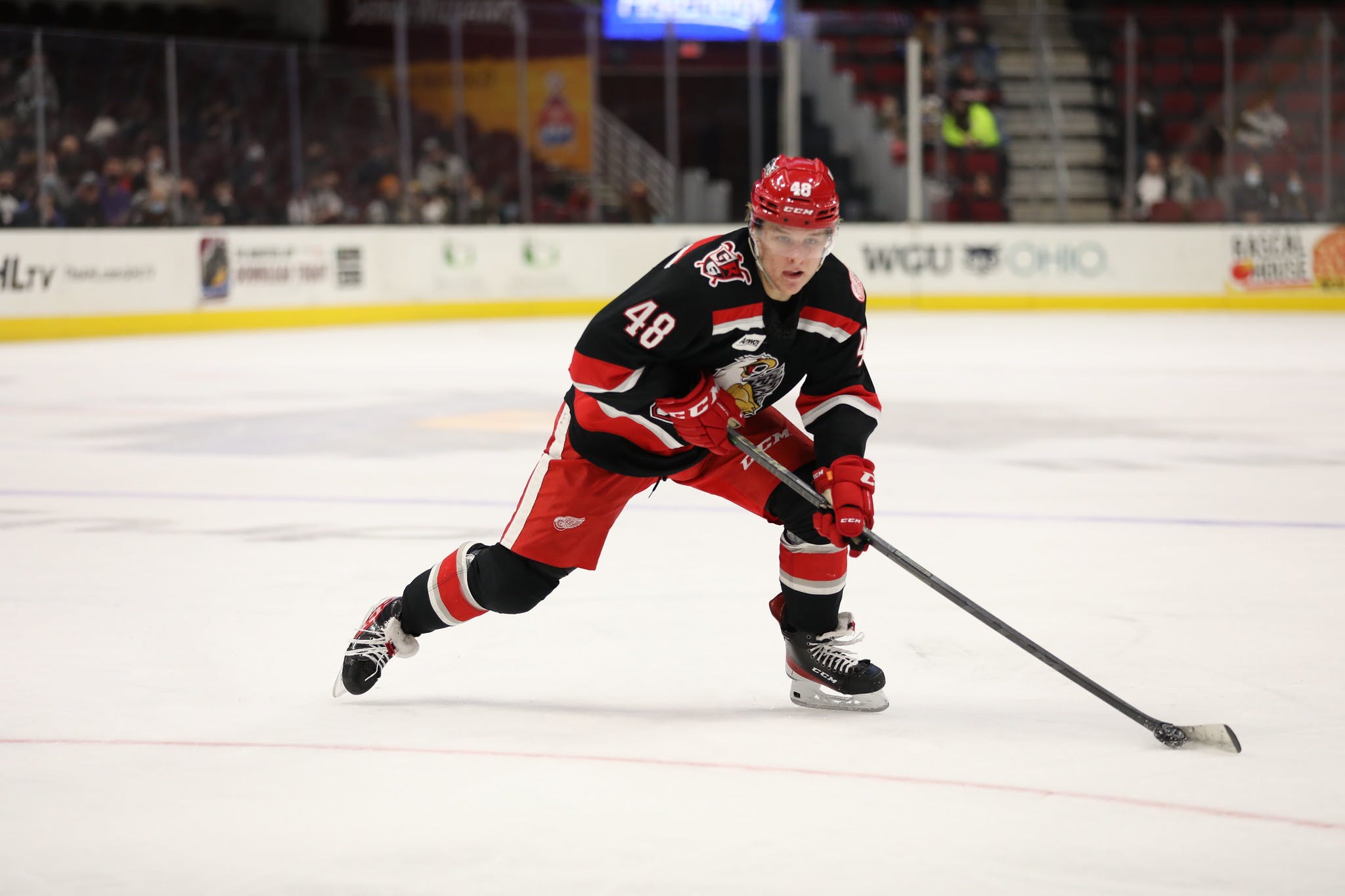 By Mike Gould
7 months ago
Detroit Red Wings prospect Jonatan Berggren has been selected as the American Hockey League’s rookie of the month.
The league announced its monthly award winners for April on Monday afternoon. Berggren finished his rookie season with an 11-game point-scoring streak and recorded 20 points in 14 appearances with the Griffins in April.
The AHL also named @Riley Barber its player of the month for April after he scored a staggering 15 goals and 21 points in his last 13 games. Max Lagace of the Syracuse Crunch was named the AHL’s goaltender of the month.
Berggren, 21, led the Griffins in scoring in his first AHL season. The 2018 second-round draft selection racked up 21 goals and 64 points in 70 games during the first year of his NHL entry-level contract.
Barber, 28, finished the 2021–22 AHL season on a ridiculous 17-game scoring streak. The veteran winger led the Griffins with 28 goals and ranked second with 53 points in just 49 games this season, also appearing in four NHL contests with the Red Wings along the way.
Berggren has yet to make his NHL debut in Detroit. He was the third player selected by the Red Wings in 2018 after @Filip Zadina (sixth overall) and @Joe Veleno (30th).
The Griffins did not qualify for the 2022 Calder Cup Playoffs after finishing last in the AHL’s Central Division with a 33–35–8 record.