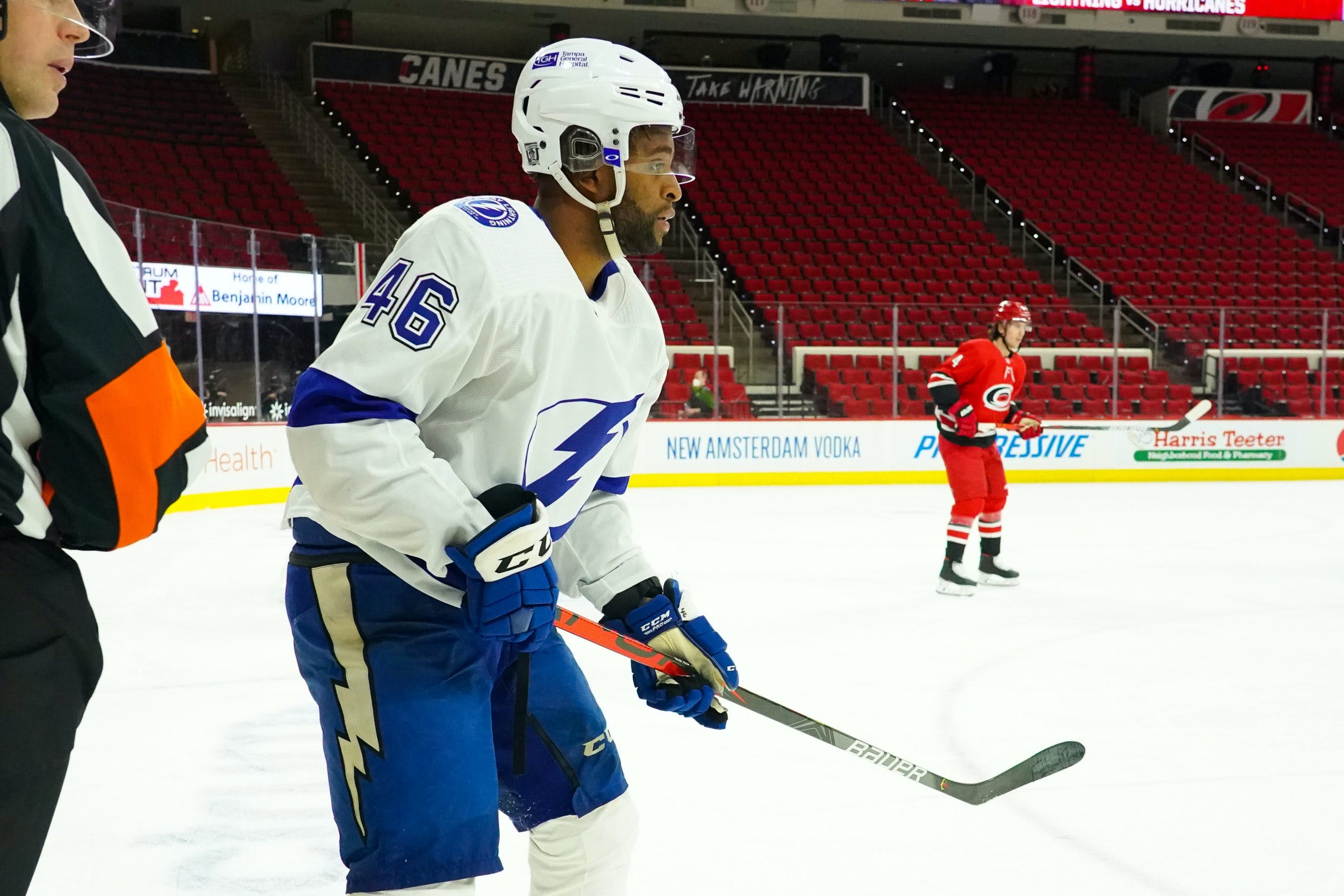 By Mike Gould
9 months ago
Fare thee well, @Gemel Smith. We hardly knew ye.
Exactly a month after losing Smith to the Detroit Red Wings via waivers, the Tampa Bay Lightning claimed him back after the Red Wings waived the 27-year-old forward on Friday.
As the Lightning were Smith’s original team, they were able to assign him to the Syracuse Crunch of the American Hockey League on Saturday.
Smith appeared in three games with the Red Wings, recording one assist (and getting into a fight against Los Angeles Kings forward @Brendan Lemieux).
The older brother of current Red Wings forward Givani Smith, Gemel suited up alongside Givani in two games with Detroit. It marked the first time the two Smith brothers had ever played together in hockey.
The elder Smith is signed through 2022–23 at a $750,000 NHL cap hit. In 91 career NHL games with Dallas, Boston, Tampa Bay, and Detroit, he has 12 goals and 25 points.