Both Gemel and Givani Smith to play against Minnesota on Monday 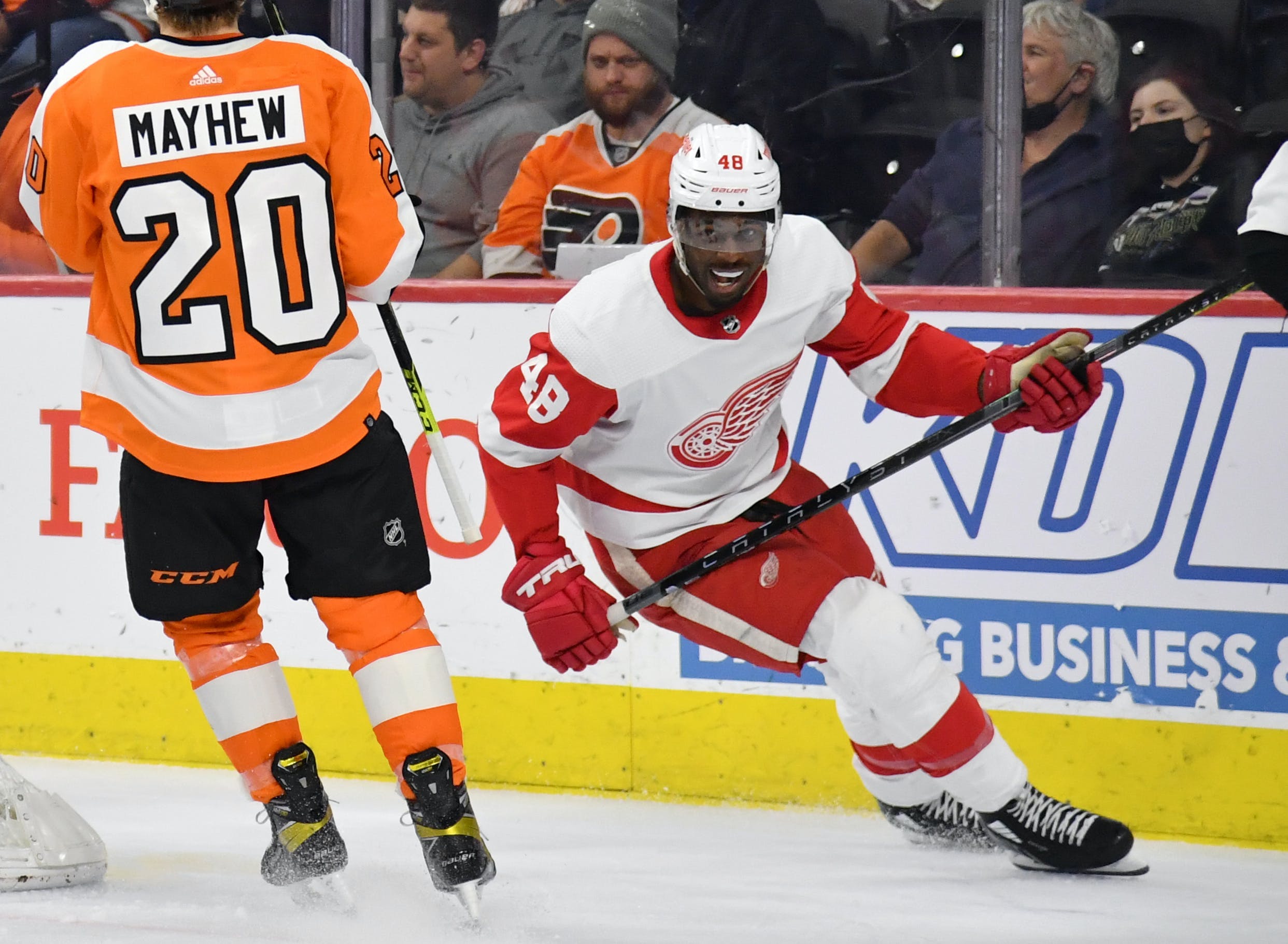 By Mike Gould
9 months ago
The Smith brothers have finally be united on the ice.
According to Detroit Red Wings head coach Jeff Blashill, both @Gemel Smith and @Givani Smith will play against the Minnesota Wild on Monday.
It will mark the first time the two Smiths have been in the lineup since the Red Wings claimed Gemel off waivers last month.
Gemel, 27, will play in his second game as a member of the Red Wings. He previously appeared in Detroit’s 5–3 loss to the Los Angeles Kings back on Groundhog Day, picking up an assist and a fighting major in 5:53 of ice-time.
@Vladislav Namestnikov is reportedly “questionable” to play on Monday. Defenseman @Nick Leddy is expected to return after missing two weeks with an upper-body injury.
Owing to the four-year age difference separating them, Gemel never played with his younger brother Givani growing up. Monday’s game will change that.
Givani, 23, has four goals and six points in 39 games with the Red Wings this season. He stands 6’2″ and weighs 215 pounds; Gemel is 5’10” and 203 pounds.
The Red Wings enter Monday’s action with a 22–21–6 record; Minnesota ranks second in the Western Conference at 29–11–3.