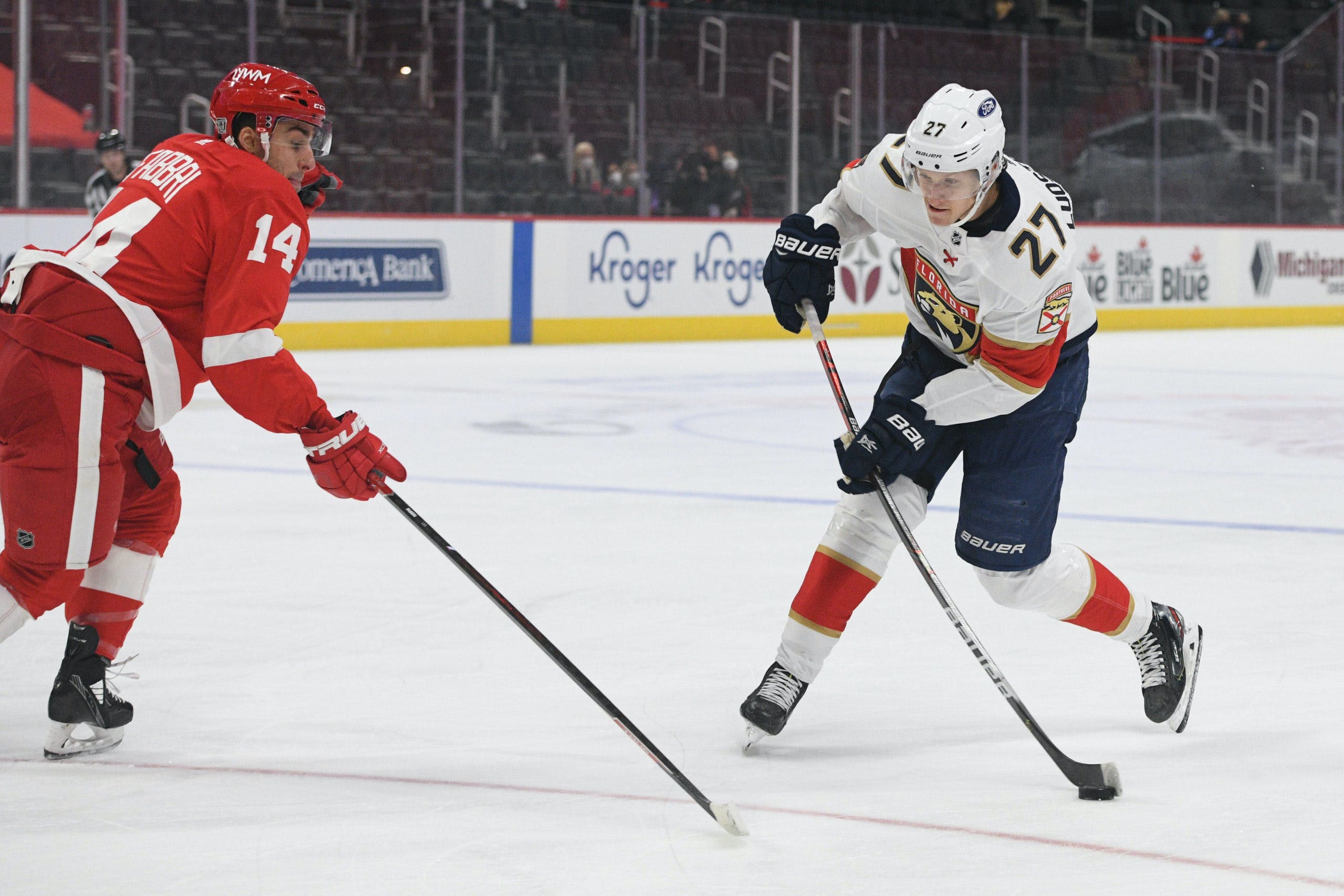 By Mike Gould
1 year ago
The Detroit Red Wings are off to an excellent start in the 2021–22 National Hockey League season. They’ll look to continue their winning ways on Friday when they host the Florida Panthers at Little Caesars Arena.
Detroit has won its last two games, having defeated the Chicago Blackhawks 6-3 on Oct. 24 before beating the Washington Capitals in overtime by a 3-2 score three nights later. @Dylan Larkin scored the winner for the Red Wings on Wednesday.
The Red Wings’ rookie duo of @Lucas Raymond and @Moritz Seider continues to sit atop the NHL’s first-year scoring leaderboard. Raymond, a 19-year-old winger, has four goals and eight points in seven games; Seider, a 20-year-old defenceman, has six points (all assists) over the same span.
Friday’s game will be the first for new Florida interim head coach Andrew Brunette. On Thursday evening, the Panthers announced previous head coach Joel Quenneville resigned from his position in the wake of new information being released about his role in covering up allegations of sexual assault during his tenure with Chicago.
You’ll be able to catch this game on ESPN+ and Hulu at 7:00 p.m. ET. Here’s a handy guide on how to watch Friday’s contest through these two streaming services.

Detroit: The goals will probably start coming soon for @Filip Zadina, who is playing well to start the 2021–22 season but can’t seem to get any bounces. The 21-year-old winger currently ranks seventh on the Wings with an impressive 60.45 on-ice expected goals percentage at 5-on-5 (according to Natural Stat Trick) and leads the team by a decent margin with 35 shot attempts.
Florida: On an undefeated Panthers team where everyone seems to be doing well, @Patric Hornqvist‘s name sticks out a bit like a sore thumb. Through seven games this season, Hornqvist has just two points (both assists) and is averaging only 12:43 of total ice-time per contest — his lowest figure since his 28-game rookie campaign. Hornqvist will soon turn 35 and has one year remaining after this one on his $5.3 million-AAV contract.

Friday’s Red Wings game will be broadcast on ESPN+ and Hulu, with opening puck-drop set for 7:00 p.m. ET. It’ll be sent over the airwaves on WXVT-FM 97.1 “The Ticket” in the Detroit area, as well as on the Red Wings’ official website.
Uncategorized
Recent articles from Mike Gould