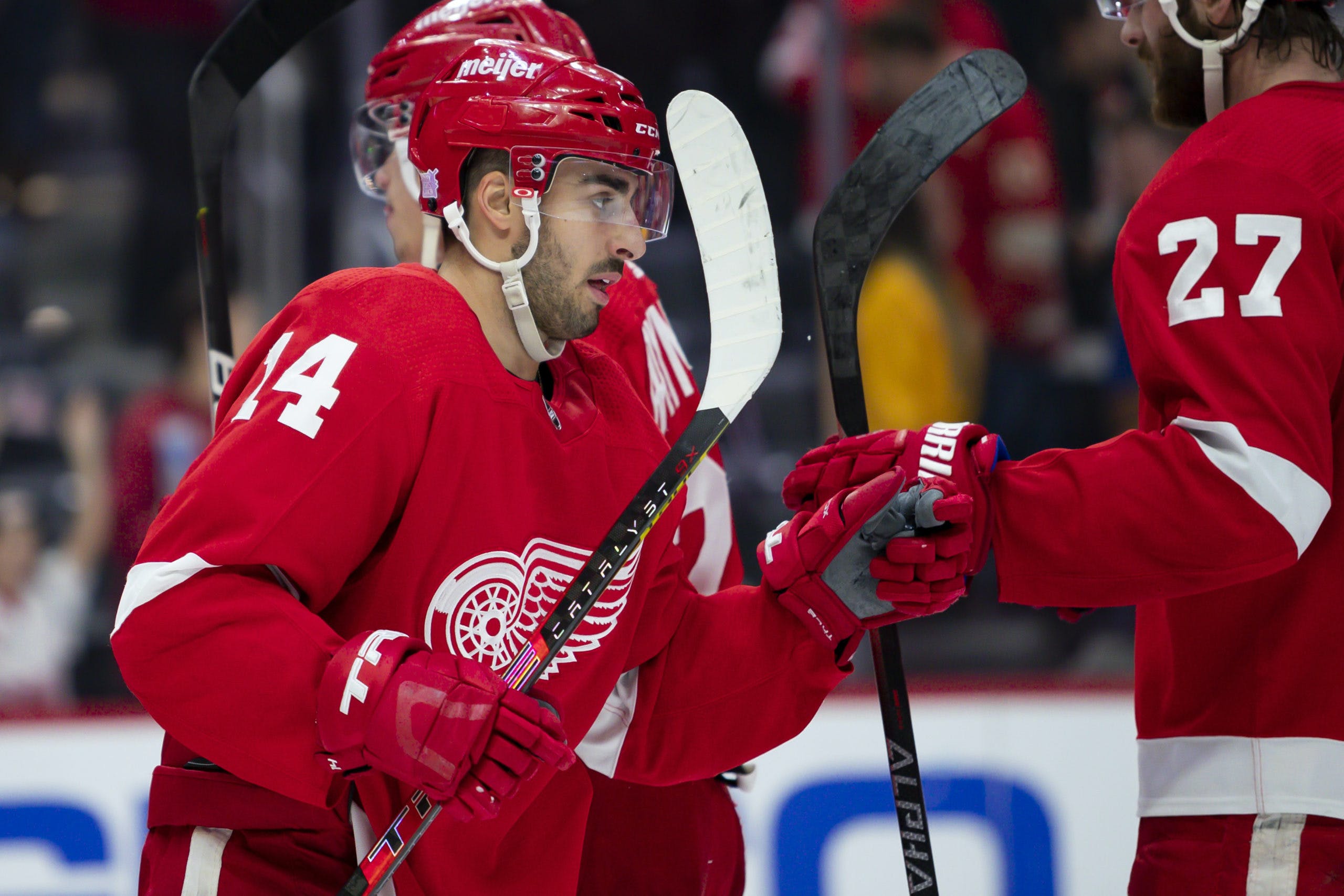 By Mike Gould
1 year ago
The Detroit Red Wings and Seattle Kraken will both look to keep the good times rolling when they square off against one another at Little Caesars Arena at 7:30 p.m. on Wednesday.
Detroit has won three consecutive games, most recently defeating the Boston Bruins by a 2–1 score on Nov. 30. @Filip Zadina and @Marc Staal tallied for the Red Wings on Tuesday.
Seattle has captured two points in four of its last five decisions, with victories over the Washington Capitals, Carolina Hurricanes, Florida Panthers, and Buffalo Sabres during that span. Hey, three of those teams are pretty great!
To this point, goaltending has been the biggest story of Seattle’s first season. Both @Philipp Grubauer and @Chris Driedger have been extremely underwhelming in the crease for the Kraken, with the team’s goaltenders collectively posting an .874 save percentage — by far, the worst mark in the entire National Hockey League.
Detroit’s goaltending has been better than just fine, although it’s primarily been @Alex Nedeljkovic pulling the weight as of late. During November, Nedeljkovic ranked eighth in the NHL with a .934 save percentage; @Thomas Greiss, his counterpart in the Red Wings’ crease, posted an .897 mark.

Detroit: The Red Wings could use a little bit more production from @Robby Fabbri, who currently ranks in a tie for seventh on the team with 10 points (four goals, six assists) in 23 contests. The 5’10” winger is playing for a new contract — his current two-year pact expires after this season — and could stand to pick up the pace both to help his own situation and to bolster the Wings’ chances of winning on any given night.
Seattle: It’s starting to look like the Toronto Maple Leafs probably shouldn’t have given up so quickly on @Jared McCann — nor should the Pittsburgh Penguins, Florida Panthers, or Vancouver Canucks, for that matter. The 25-year-old has always been an efficient scorer and has taken a step in a bigger role with the Kraken, having scored 10 goals in his first 17 games with the brand-new franchise.

Wednesday’s Red Wings game will be broadcast on Bally Sports Detroit starting at 7:30 p.m. ET. It’ll be sent over the airwaves on WXVT-FM 97.1 “The Ticket” in the Detroit area, as well as on the Red Wings’ official website.