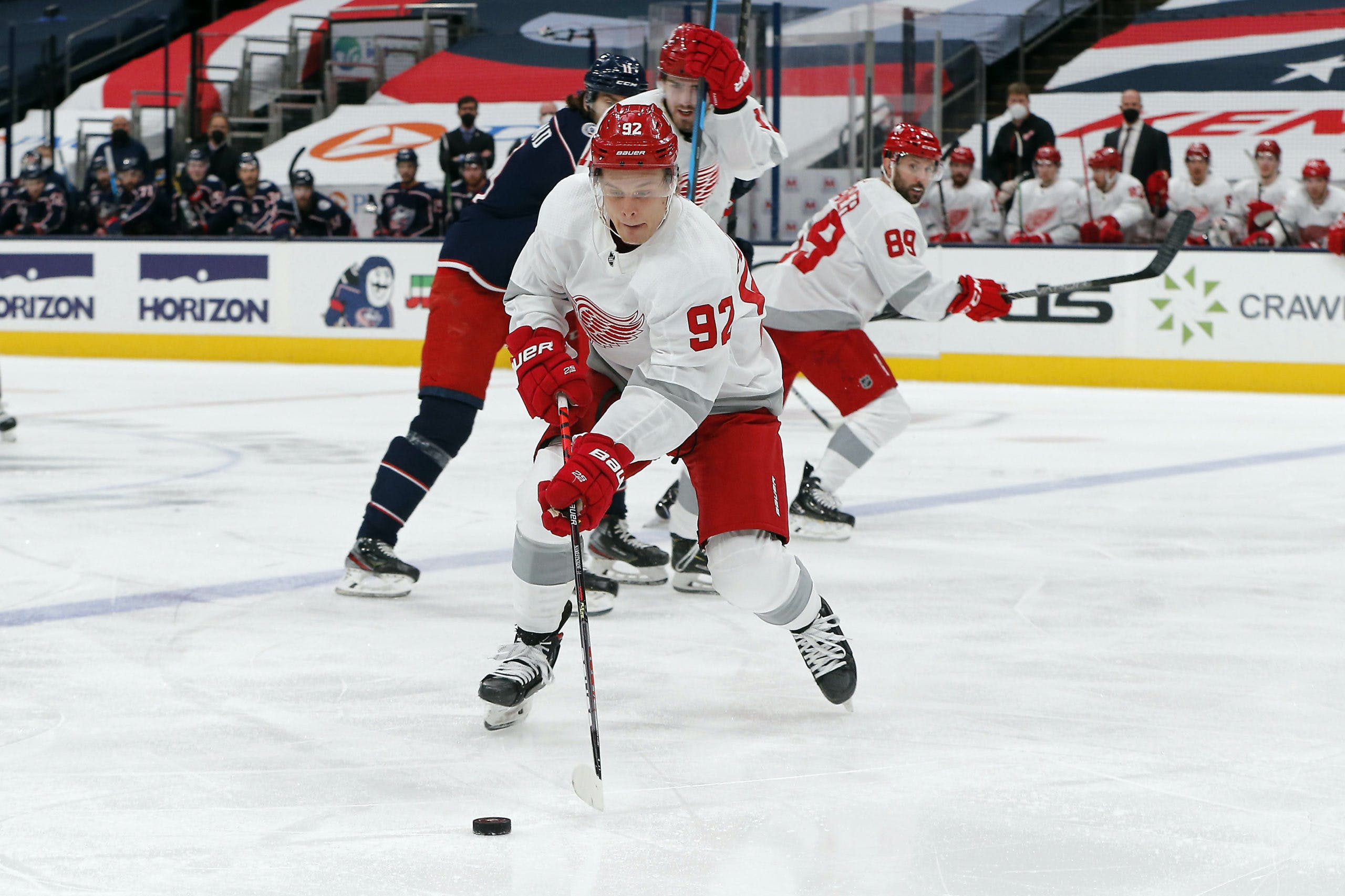 By Mike Gould
1 year ago
The Detroit Red Wings will look for a second consecutive win on Monday when they take on the Columbus Blue Jackets at 7:00 p.m. ET.
The Blue Jackets dropped back-to-back games on Nov. 12 and 13 but currently boast a better points percentage (.583) than the 8-6-2 Red Wings (.563). Columbus is 7-5-0 through its first 12 games of the season.
Detroit snapped a brief two-game losing skid with a 3-2 overtime victory over the Montreal Canadiens on Saturday. Team captain @Dylan Larkin scored two goals from ridiculous angles — including the OT winner — to put his team on top.
@Pius Suter also scored for the Red Wings against Montreal. @Moritz Seider, @Lucas Raymond, @Tyler Bertuzzi, @Filip Hronek, and @Robby Fabbri all added helpers in the game.
Monday’s contest will be the first of a four-game road swing for the Red Wings. They’ll make stops in Columbus, Dallas, Vegas, and Arizona before returning home to take on the St. Louis Blues on Nov. 24.

Detroit: With @Mitchell Stephens out of commission for what looks to be an extended period of time, the Red Wings will need @Carter Rowney to come in and hold the fort on the fourth line. The 32-year-old veteran has 231 games of NHL experience over the past six seasons, topping out at 20 points in 63 games with the Anaheim Ducks in 2018–19. Rowney won a Stanley Cup with the Pittsburgh Penguins in 2016–17.
Columbus: This season has been a homecoming of sorts for @Jakub Voracek, who played his first three NHL seasons in Columbus before spending a decade in Philadelphia. Acquired in the offseason for longtime Blue Jackets mainstay @Cam Atkinson, the 32-year-old Czech winger is scoring at a point-per-game pace but only has one goal in 12 contests.

Monday’s Red Wings game will be broadcast on Bally Sports Detroit Plus starting at 7:00 p.m. ET. It’ll be sent over the airwaves on WXVT-FM 97.1 “The Ticket” in the Detroit area, as well as on the Red Wings’ official website.
Uncategorized
Recent articles from Mike Gould