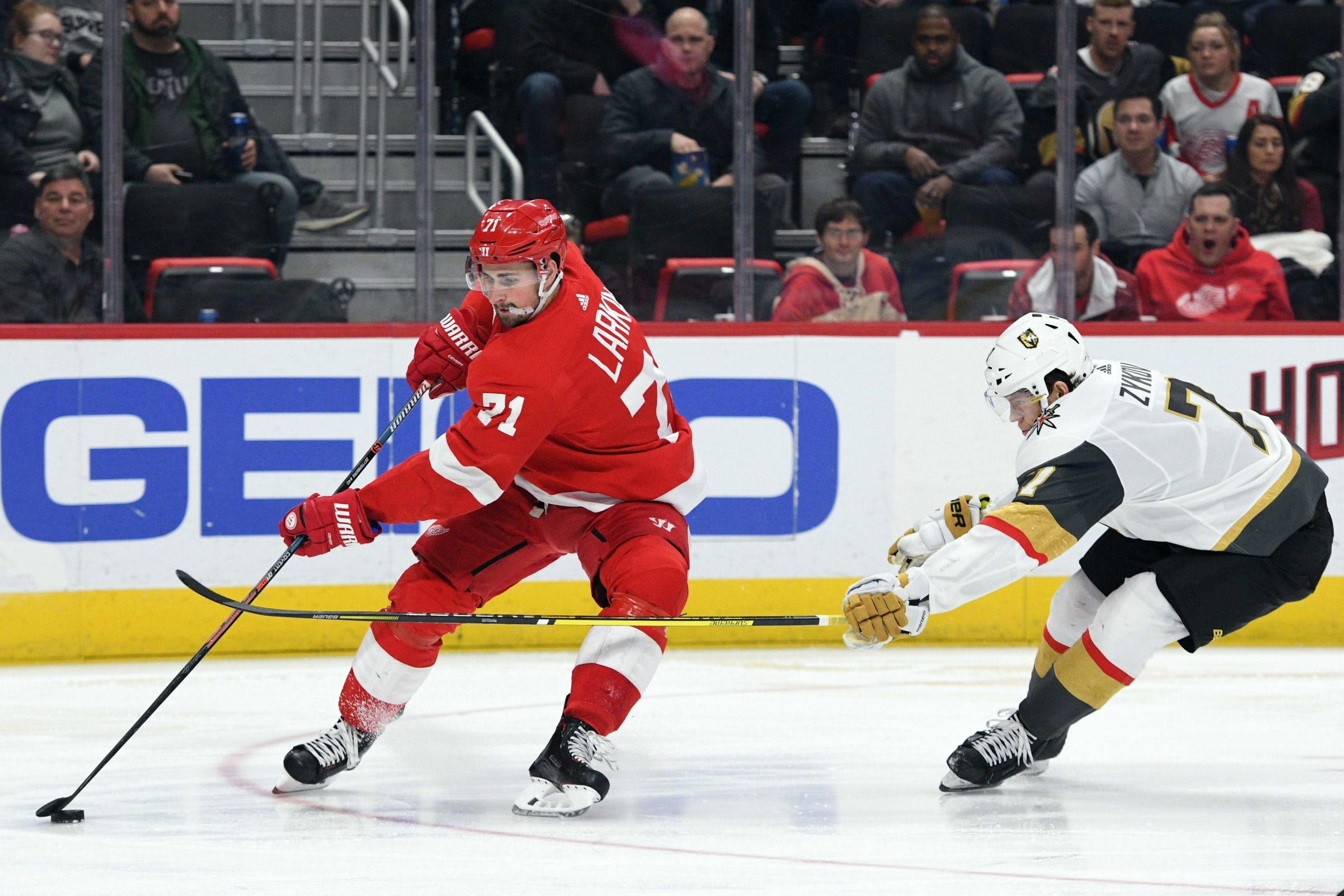 By Mike Gould
1 year ago
After snapping their four-game losing skid with a 4-3 overtime win in Buffalo on Saturday, the Detroit Red Wings will try to get a positive streak going on Sunday when they take on the Vegas Golden Knights at Little Caesars Arena.
Early-season Calder Trophy frontrunner @Moritz Seider scored his first NHL goal in overtime to seal the victory for the Red Wings against the Sabres.
@Tyler Bertuzzi scored two goals and an assist; @Lucas Raymond recorded his first career multi-assist game, picking up helpers on each of Detroit’s first three goals.
Vegas has won two consecutive games, most recently dispatching the Montreal Canadiens by a 5-2 score on Nov. 6 despite being outshot 38-18. The Knights scored five unanswered goals on Saturday after the Habs tallied twice in the opening frame to take an early 2-0 lead.
The Knights have been ravaged by injuries early in the 2021–22 season. @Max Pacioretty, @Mark Stone, @Zach Whitecloud, and @Nolan Patrick are all currently out of the lineup. Vegas will also add the newly-acquired @Jack Eichel to its lineup after he recovers from neck surgery.

Detroit: The Wings could use a couple more goals out of @Adam Erne, who set a new career-high in 2020–21 with 11 in just 45 games. The 26-year-old winger has only scored twice in 11 contests this season but could benefit from playing alongside Rasmussen, who’s been one of Detroit’s strongest play-drivers early in the campaign. Erne is a rough-and-tumble type with a nose for the net but he needs somebody on his line to give him the puck — is Rasmussen that guy?
Vegas: You’d be forgiven if you don’t know exactly who @Nicolas Roy is. He’s a 24-year-old center who previously played in the Carolina Hurricanes organization before being sent to Vegas in 2019 in exchange for @Erik Haula. Roy became a regular with the Golden Knights last season, scoring six goals and 15 points in 50 games before adding nine more points in 19 playoff contests. Now, with Eichel and Patrick out of commission and Stephenson driving the second line, Roy is Vegas’ de facto top center.

Friday’s Red Wings game will be broadcast on Bally Sports Detroit starting at 6:00 p.m. ET. It’ll be sent over the airwaves on WXVT-FM 97.1 “The Ticket” in the Detroit area, as well as on the Red Wings’ official website.
Uncategorized
Recent articles from Mike Gould