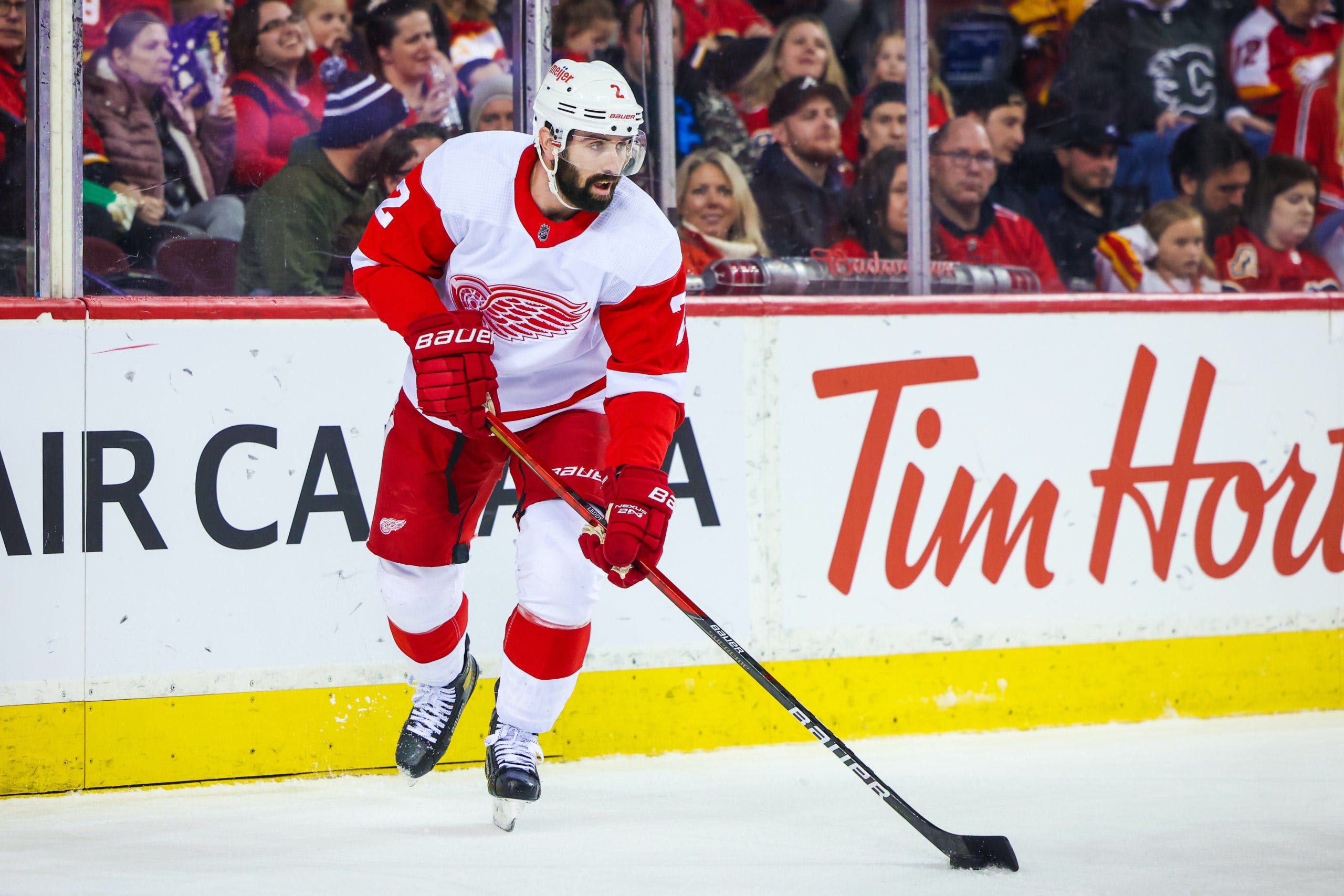 By Mike Gould
8 months ago
It appears @Nick Leddy may have played his last game with the Detroit Red Wings.
The 30-year-old defenseman is set to become an unrestricted free agent this summer. Instead of potentially losing Leddy for nothing, it appears the Red Wings are gearing up to move him prior to Monday’s trade deadline.
According to a report by Daily Faceoff hockey insider Frank Seravalli, the Red Wings will hold Leddy out of the lineup in Thursday’s game against the Vancouver Canucks for “asset protection” purposes (read: so he doesn’t suffer an injury before they can trade him).
Leddy has one goal and 16 points in 55 games with the Red Wings this season. Detroit originally acquired the 6′, 205-pound defenseman from the New York Islanders last summer in exchange for a 2021 second-round draft pick.
The Red Wings will take on the Canucks at Rogers Arena on Thursday at 10:00 p.m. ET.