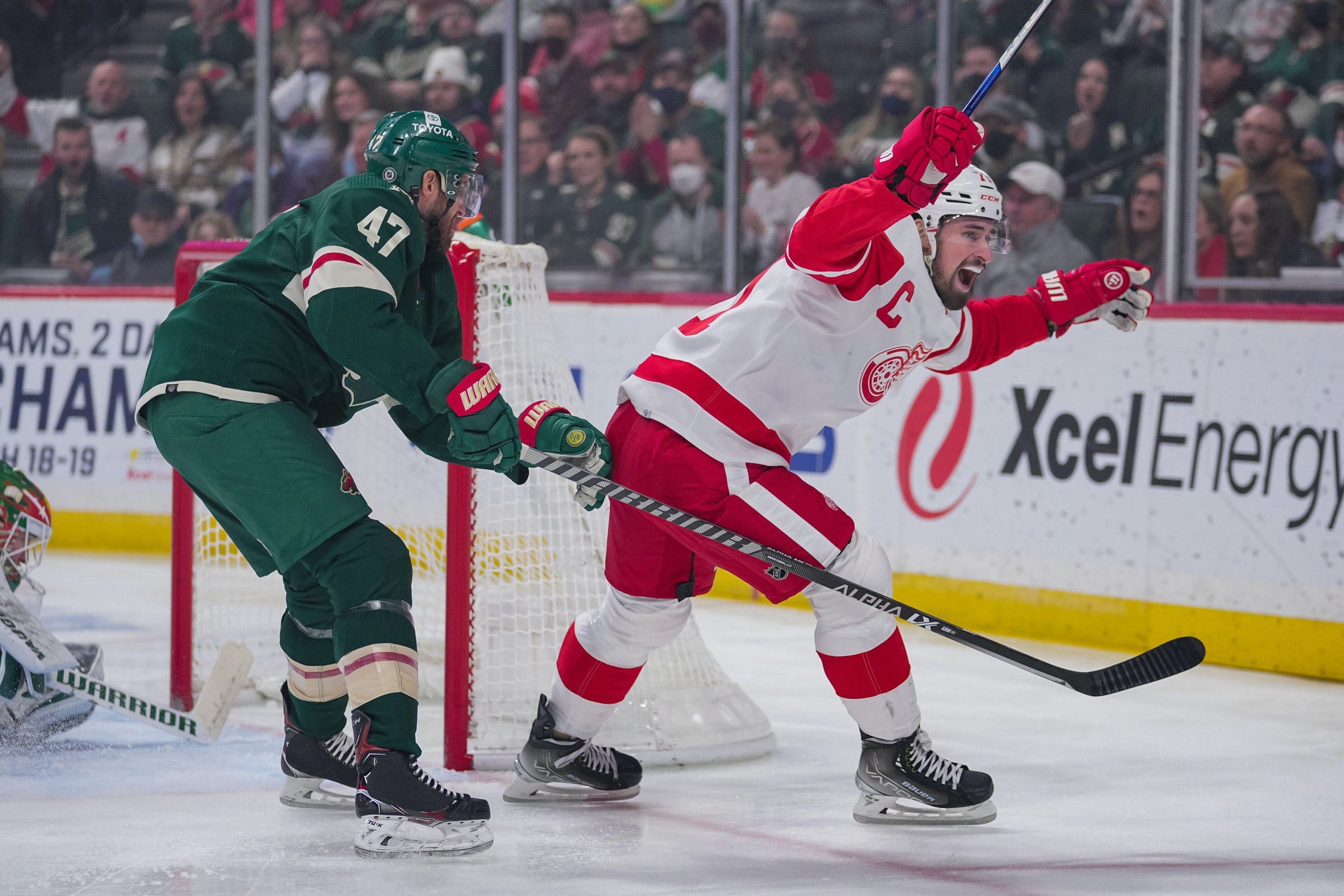 By Mike Gould
8 months ago
Wait, did the Detroit Red Wings play against the Arizona Coyotes on Tuesday? You’re sure?
We either have no recollection of this game or have successfully managed to forget it. According to NHL.com, the Red Wings lost … er, 9–2. To a tanking Coyotes team.
Ouch.
Well, the Red Wings will do their best to move past Tuesday’s embarrassing loss when they play host to the Minnesota Wild at Little Caesars Arena on Thursday evening.
On paper, the Wild are a significantly more formidable team than the Coyotes. At 33–19–4, Minnesota is a safe bet to cruise to a playoff spot in the Central Division and could open up its first series on home ice.
Losers of three consecutive games (including back-to-back blowouts), the 24–27–6 Red Wings are firmly in spoiler mode. They’ll look to avenge their last loss to the Wild — a 7–4 drubbing at Xcel Energy Center on Valentine’s Day — and end their losing skid on Thursday.
Expect defenseman @Olli Juolevi to make his debut for the Red Wings on Thursday after being claimed off waivers from the Florida Panthers earlier this week.
The 23-year-old Finn skated on a pairing with Troy Stecher during Wednesday’s practice. He did not record a point in 10 contests with the Panthers this season.

Detroit: How can it not be @Jakub Vrana? The 26-year-old winger was one of the only reasons to watch the Red Wings’ catastrophic 9–2 loss to the Coyotes, scoring Detroit’s second goal in his return from offseason shoulder surgery.
Minnesota: What a stretch it’s been for Wild forward @Kevin Fiala, who has shot up the team’s scoring leaderboard with 33 points in his last 26 games. Minnesota originally acquired the Swiss winger from the Nashville Predators in exchange for @Mikael Granlund back in 2019.

Thursday’s game at Little Caesars Arena will be broadcast on Hulu starting at 7:30 p.m. ET. It’ll be sent over the airwaves on WXYT-FM 97.1 “The Ticket” in the Detroit area, as well as on the Red Wings’ official website.