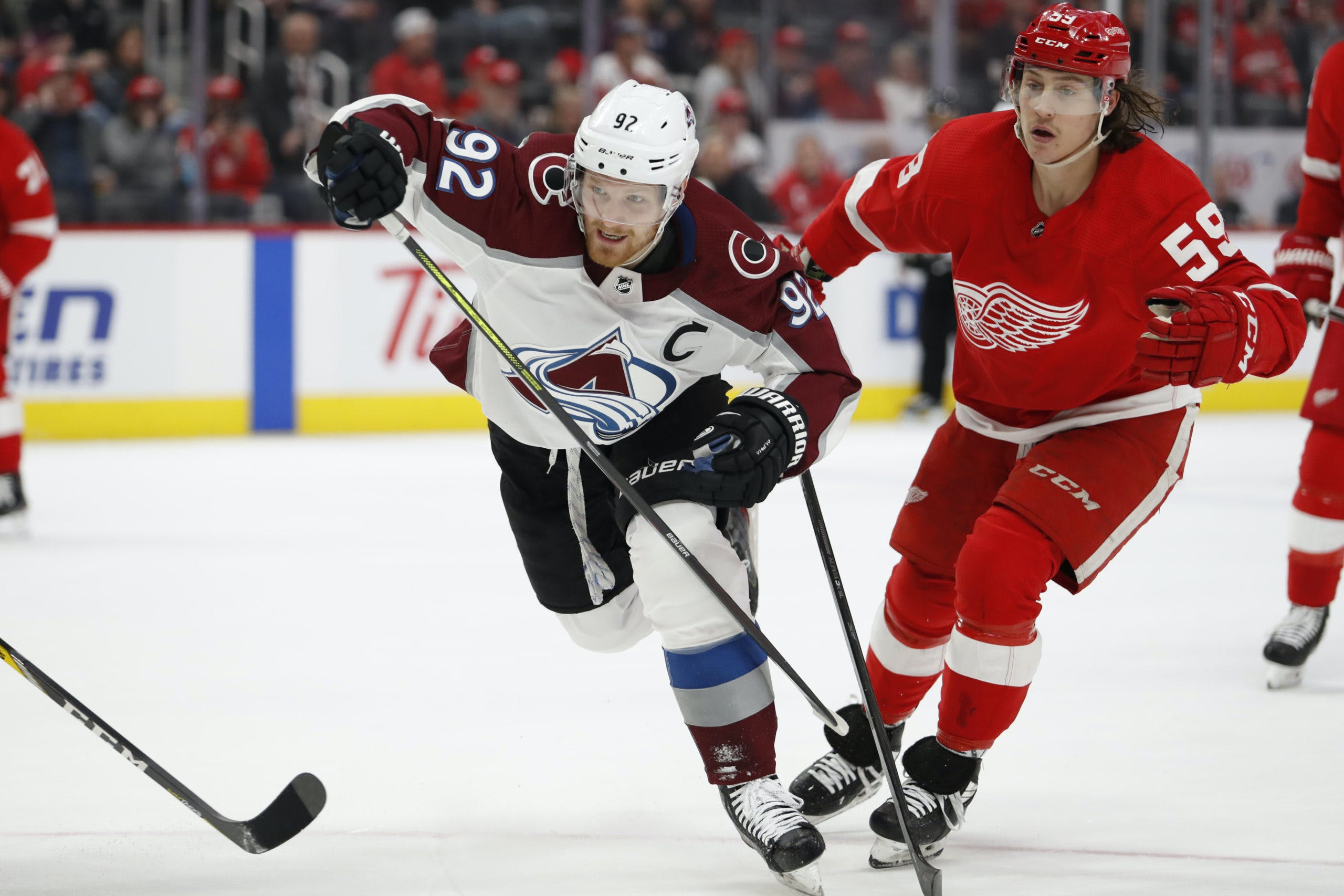 By Mike Gould
9 months ago
The Detroit Red Wings will conclude their 2021–22 season series against the Colorado Avalanche on Wednesday afternoon — and there’s a chance they might do so without their captain.
The status of Red Wings leading scorer @Dylan Larkin remains unclear after he suffered an injury during Tuesday’s practice. Expect to hear an update on Larkin shortly after the Red Wings take to the ice for their morning skate ahead of Wednesday’s game at Little Caesars Arena.
Larkin was a key contributor in Detroit’s 3–2 shootout win over the New York Rangers on Feb. 17, scoring a go-ahead goal during the second period and tying for the team lead with five shots.
@Pius Suter scored the shootout winner for the Red Wings in that game, with @Troy Stecher scoring Detroit’s other goal in regulation. @Thomas Greiss made 37 saves for his eighth win of the season.
The Red Wings last took on the Avalanche at Ball Arena in Denver on Dec. 10, 2021. Colorado raced out to 3–0 and 6–2 leads before ultimately winning by a 7–3 score.
@Joe Veleno, @Filip Hronek, and former Av @Vladislav Namestnikov scored for the Red Wings in that game. Playing in his first contest against his former team, Avalanche forward @Darren Helm tallied his fourth goal of the season (and Colorado’s third goal of the first period).

Detroit: It appears @Carter Rowney may return to the lineup on Wednesday to play his first game since Jan. 4. The 32-year-old forward has been a defensive rock for the Red Wings this season and has four points (two goals, two assists) to his name in 22 games. Also potentially returning on Wednesday: @Gustav Lindstrom, who missed the Rangers game while dealing with a minor injury.
Colorado: 25-year-old forward @Nicolas Aube-Kubel has been found money for the Avalanche since being claimed off waivers from the Philadelphia Flyers earlier this season. The gritty right-handed winger has seven goals and 15 points in 38 games with Colorado afer struggling to produce with the Flyers over the last two seasons. Aube-Kubel is set to become a restricted free agent this summer upon the conclusion of his current two-year, $1.075 million-AAV contract.

Wednesday’s game at Little Caesars Arena will be broadcast on Bally Sports Detroit starting at 7:30 p.m. ET. It’ll be sent over the airwaves on WXYT-FM 97.1 “The Ticket” in the Detroit area, as well as on the Red Wings’ official website.