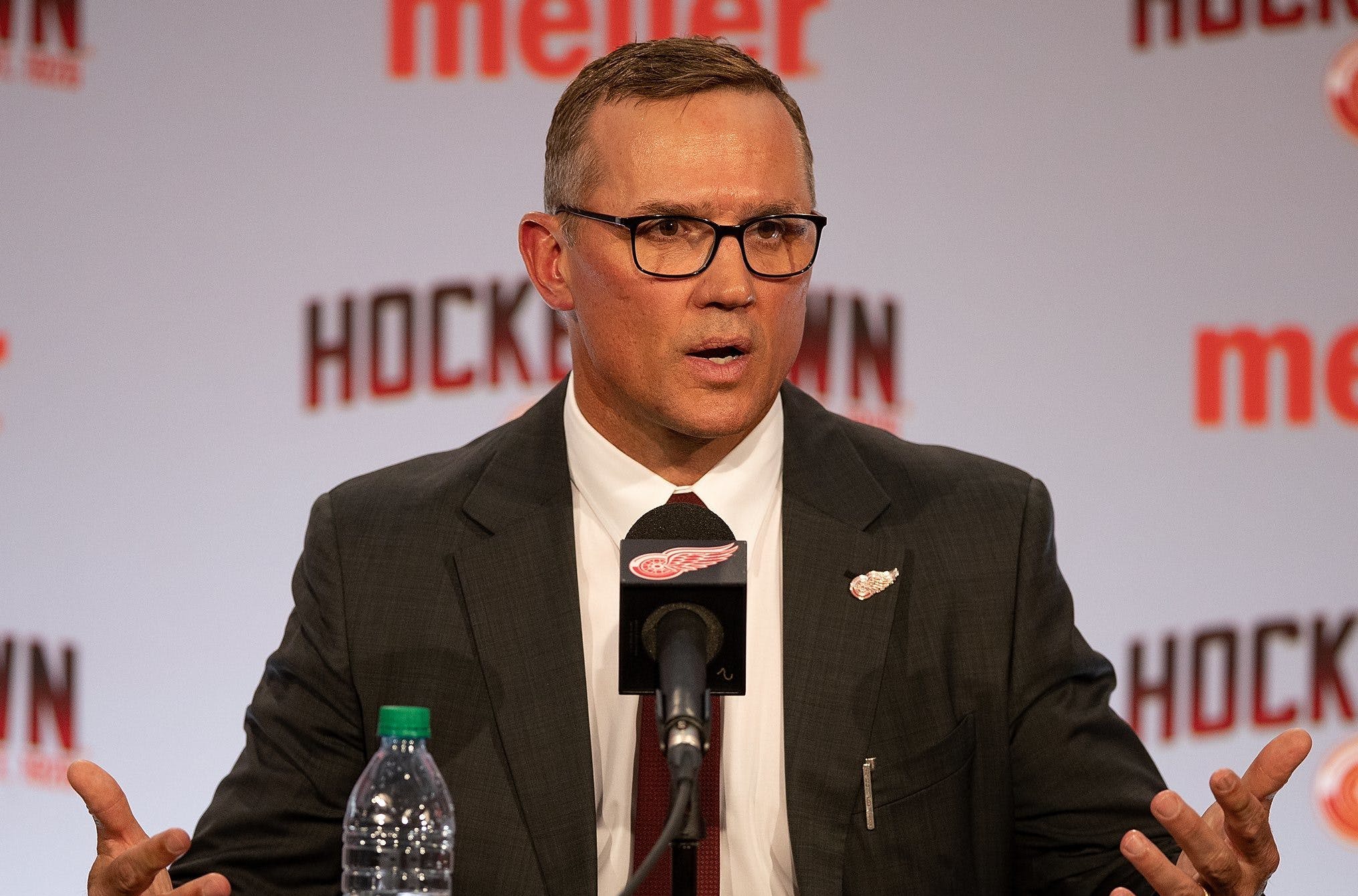 By Mike Gould
6 months ago
The 2022 NHL Draft Lottery is scheduled to take place on Tuesday evening at 6:30 p.m. ET.
The lottery will be broadcast as part of a live television event from NHL Network studios in Secaucus, New Jersey. It will be broadcast on ESPN, ESPN+, Sportsnet, Sportsnet Now, and TVA Sports.
As the team with the eighth-worst record during the 2021–22 regular season, the Red Wings have been given 6.0% odds of winning the No. 1 pick in the 2022 NHL Draft via the lottery.
The lottery will feature two successive draws, with the first being to determine the No. 1 pick and the second to determine No. 2.
Teams are limited to moving up 10 spots in the lottery, meaning the No. 1-seeded Montreal Canadiens and No. 2-seeded Arizona Coyotes would remain in their respective positions if teams listed more than 10 spots below them win the first and second draws.
The Red Wings have never won the draft lottery since it was implemented in 1995. They last selected first overall in 1986, taking winger Joe Murphy out of Michigan State University; since then, the Red Wings’ highest draft picks have been Keith Primeau (third overall, 1990) and @Lucas Raymond (fourth overall, 2020).
The Coyotes, Kraken, Ducks, and Sharks are the only teams eligible to move up to first in 2022 that have never previously had a No. 1 pick. The Red Wings have had three: Murphy (1986), Dale McCourt (1977), and Claude Gauthier (1964).